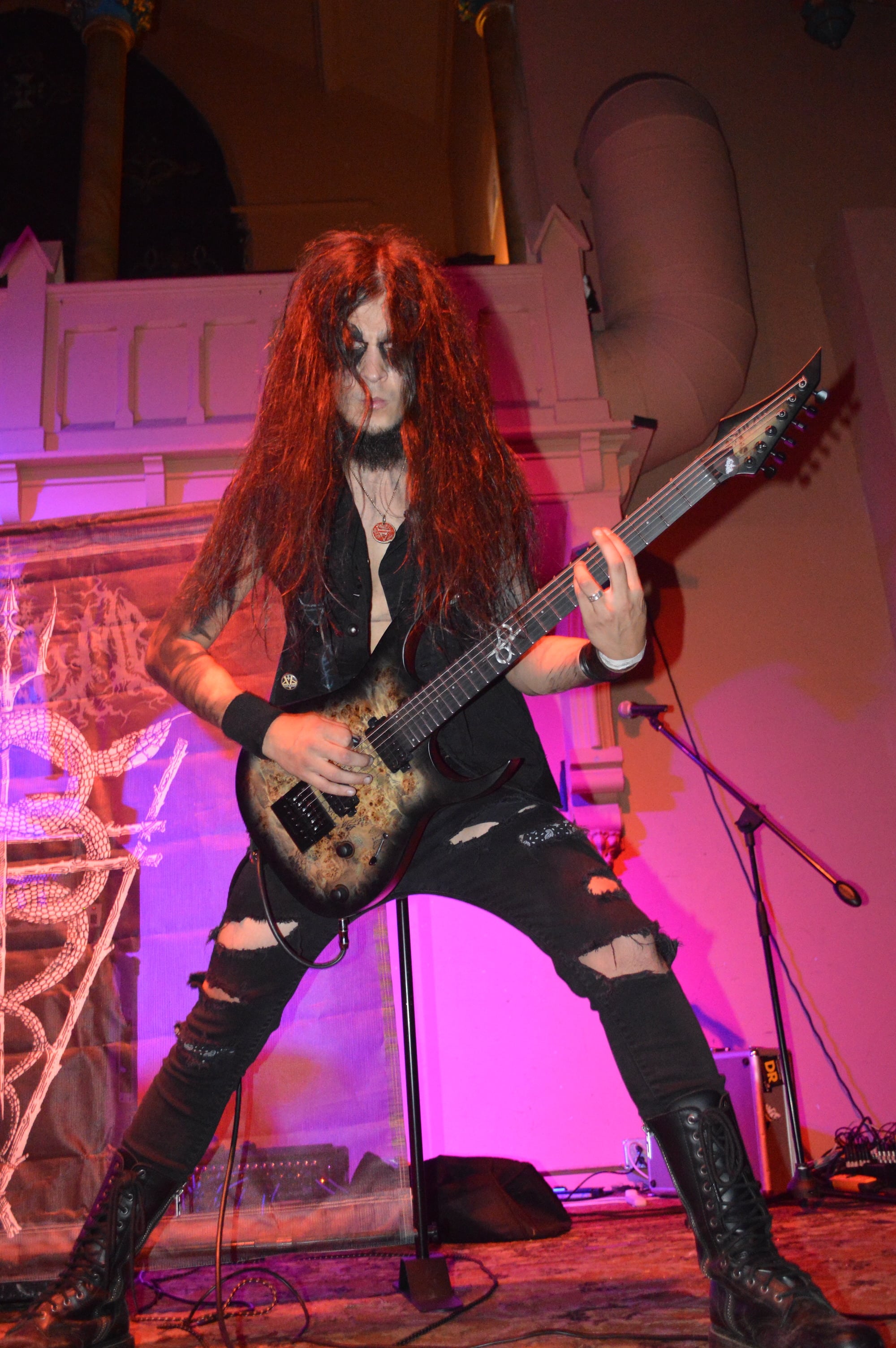 Serge Streltsov is a Ukranian born metal multi-instrumentalist who started his musical career in the United States with such bands as Haxxan and Necrophagia. In the spring of 2016, Serge joined forces with Necrophagia’s vocalist Killjoy and they released an album under the name Haxxan through Hell’s Headbangers records. Shortly after the start of Haxxan Serge was asked to join Killjoy’s main band, the legendary death metal pioneers Necrophagia who have more than 30 years of history, who also featured members from other legendary bands in its line up history. Such as Iscariah from Immortal and Phil Anselmo of Pantera and Down. Serge has toured 12 countries with Necrophagia as a direct support act and as a headliner. Unfortunately, Necrophagia’s main man Killjoy passed away in 2018 which led to the break up of the band. Shortly after his passing Serge started a new black/death project called Automb which features a female vocalist/ bassist Danielle Evans and the current drummer of Morbid Angel Scott Fuller. The trio released their debut album in 2018 on multiple record labels in the US and Europe. The band has done 2 headlining tours in support of the album. With the overwhelming positive feedback from press and fans alike, the trio decided to release a follow up album in the year 2020 through Witching Hour Production who have had such legendary acts as Behemoth, Vader, Hate and Batushka on their roster.

After years of searching for the perfect guitar I’ve finally found it.