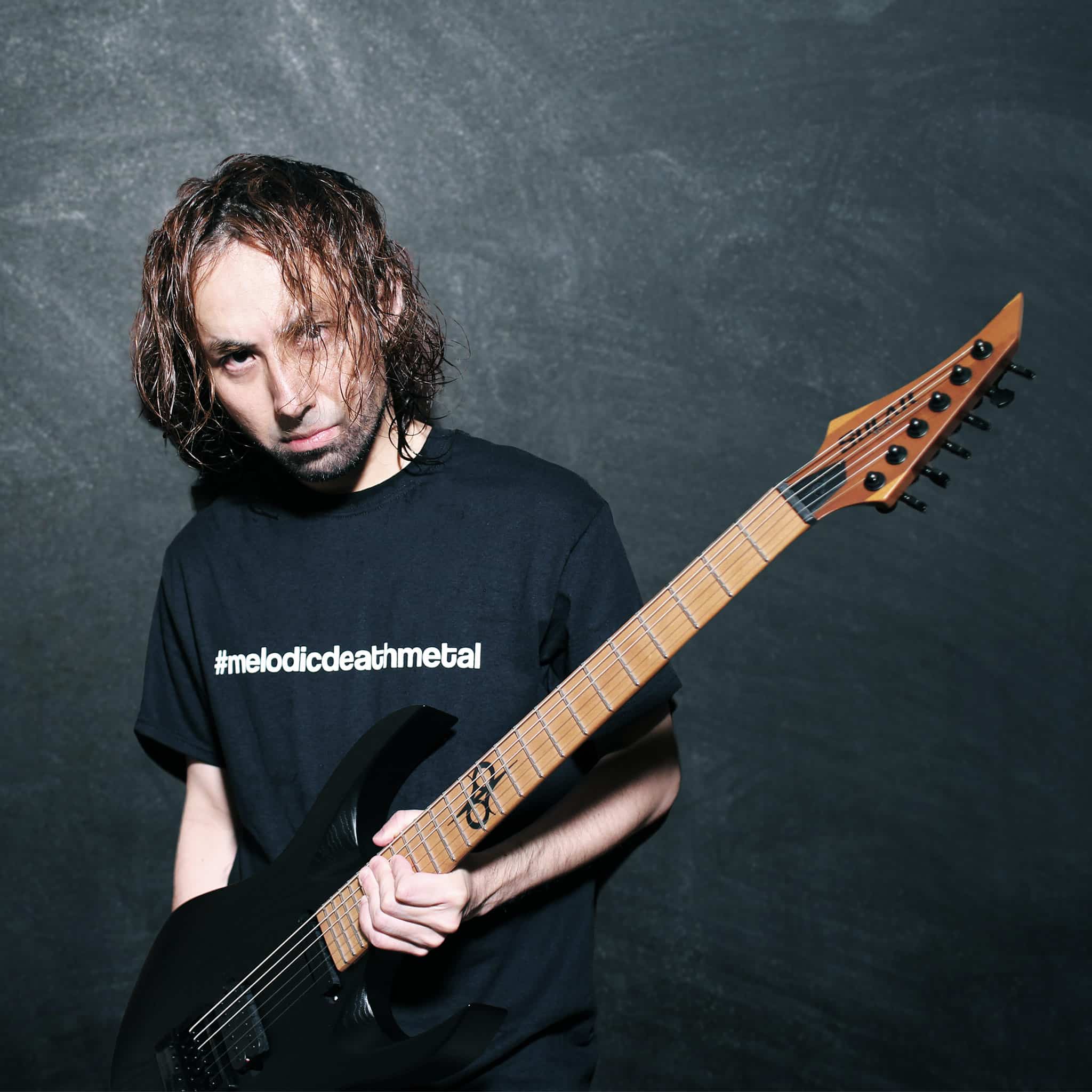 As one of Japan’s staples musicians during the dawn of the melodic death scene, Shimpei Biljee has seen quite a bit during his time. Apart of the legendary band MYPROOF, a fourteen year career with the group led to success throughout the continent. In addition to these achievements, he also was apart of the rise of the metal scene in Japan, shaping a sound that was more melodic in nature than the wave in America. After over a decade of perfecting his craft at the guitar and as a singersongwriter, Shimpei would branch off and form Biljee Studios, a design company that further embraces the metal culture of Tokyo and the surrounding areas. In 2015, he would return as a vocalist and guitarist for the new band ALPHOENIX. Shimpei now has contributed music, artwork, photos, videos, concerts, and countless memories to the metal scene in Japan, and is actively seeking to deliver many more.

My AB 1.6 Artist LTD has Evertune, which brings modern down-tuning at the perfect pitch. I’m really impressed and can’t wait to use it for recording and touring.