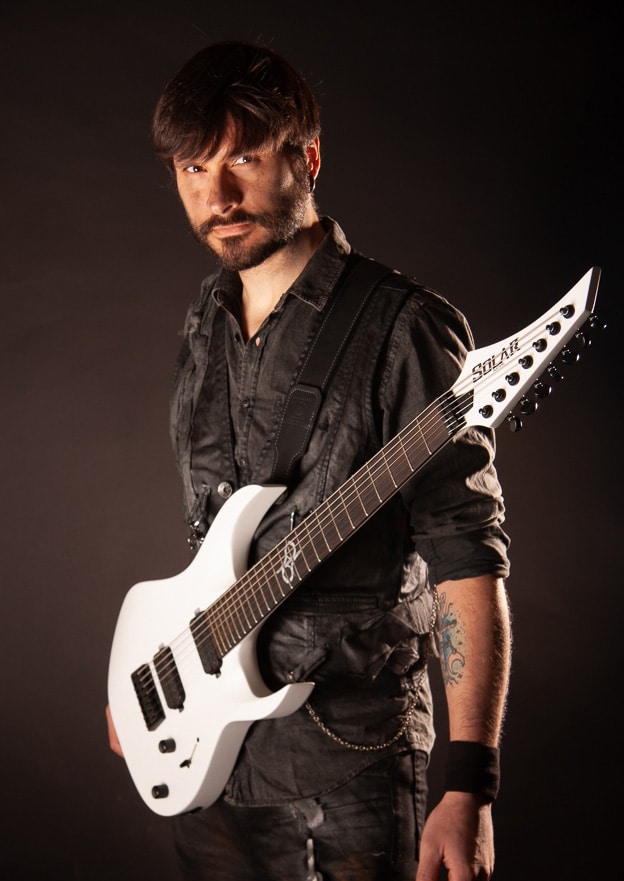 Santi Herrera is one of the guitarists of the Orion Child metal band, which was created with Oier Calvo in 2000. He played in some metal bands from The Basque Country before Orion Child. He started playing the guitar at fifteen, when he found his father’s old classical guitar. He has been influenced by all metal genres and classical music.

Orion Child is a band which plays Power Metal genre with Death/Black metal influences. Early in 2019 the band released its 3rd studio album named “Continuum Fracture” and nowadays the band is touring around Spain.

Obviously, the first thing that caught my attention was the shape of the guitar, with its very aggressive lines that make the guitar speak for itself. The Solar A2.7 has a very comfortable neck to play and an awesome sound that defines the style of metal that I like to play.