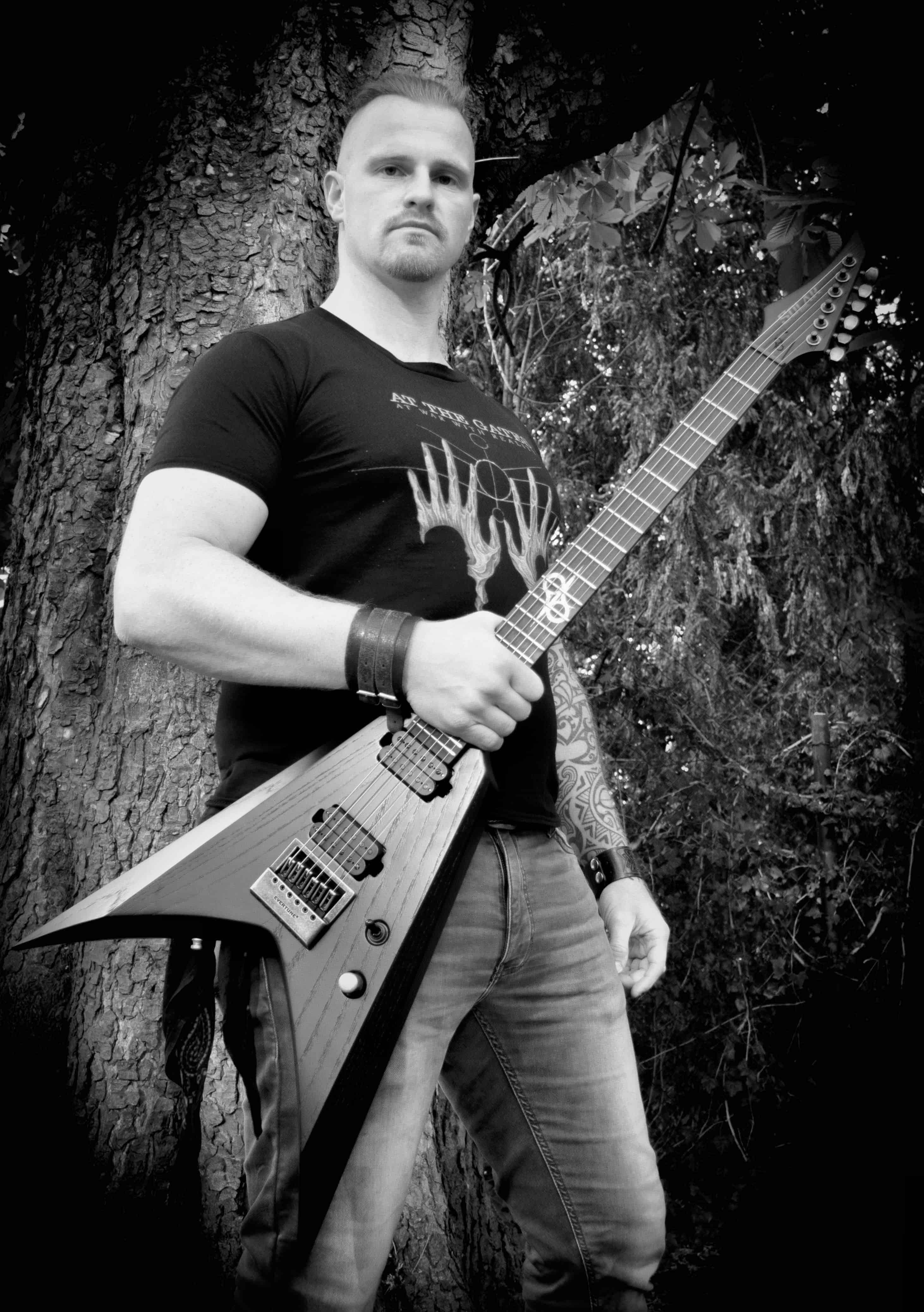 Per was born in winter in 1989. He started listening to Metal at the age of 13 and his first main influences were German bands like Rammstein, Blind Guardian, Kreator, and Rage. Two years later he started playing electric guitar. Over the years he got infected by the sound of Death Metal and he started to explore more into that scene. In 2008 he joined his first Old School Death Metal Band Bloodland. As an ambitious and passionate musician he has been on the road and touring with his bands for almost 15 years. His new Solar Guitar, which is the perfect support on the road, has set new standards in terms of playability and sound.

Within the last years some of his main highlights have been gigs like RUDE festival (2013), Metal Frenzy Open Air (2017), Chronical Monsters (2017), Protzen Open Air (2019) and other German underground festivals. With his former band Bloodland he opened a show for Six Feet Under in 2017. He also played as support 2 times with Benediction and with other renowned bands.

Per is a founding member of the band Lumberhead where he puts his heart and soul. Since 2015 Lumberhead have been chopping their way through an undergrowth of neckbreaking Groove, Death and Thrash Metal. Rooted in bands like Lamb of God, Pantera, Crowbar, Motörhead, Mastodon, Gojira, The Haunted Lumberhead’s live performances set the woods on fire. They’ve been working eagerly on the next EP which will be released at the end of this year.

In the winter of 2020, Per launched his new project, Aeon of Awareness. At a time that was confronting us with uncertainties and restrictions on various levels, it was time to bundle creative energies and put a long-awaited wish into practice.

I was playing with a lot of guitar brands, such as Gibson, Schecter, Jackson and so on. However, I was never fully satisfied with the build quality of most of these models. Solar Guitars are a true metal guitar experience! I was overwhelmed with the sexy shapes, the high quality as well as the playability of these guitars.