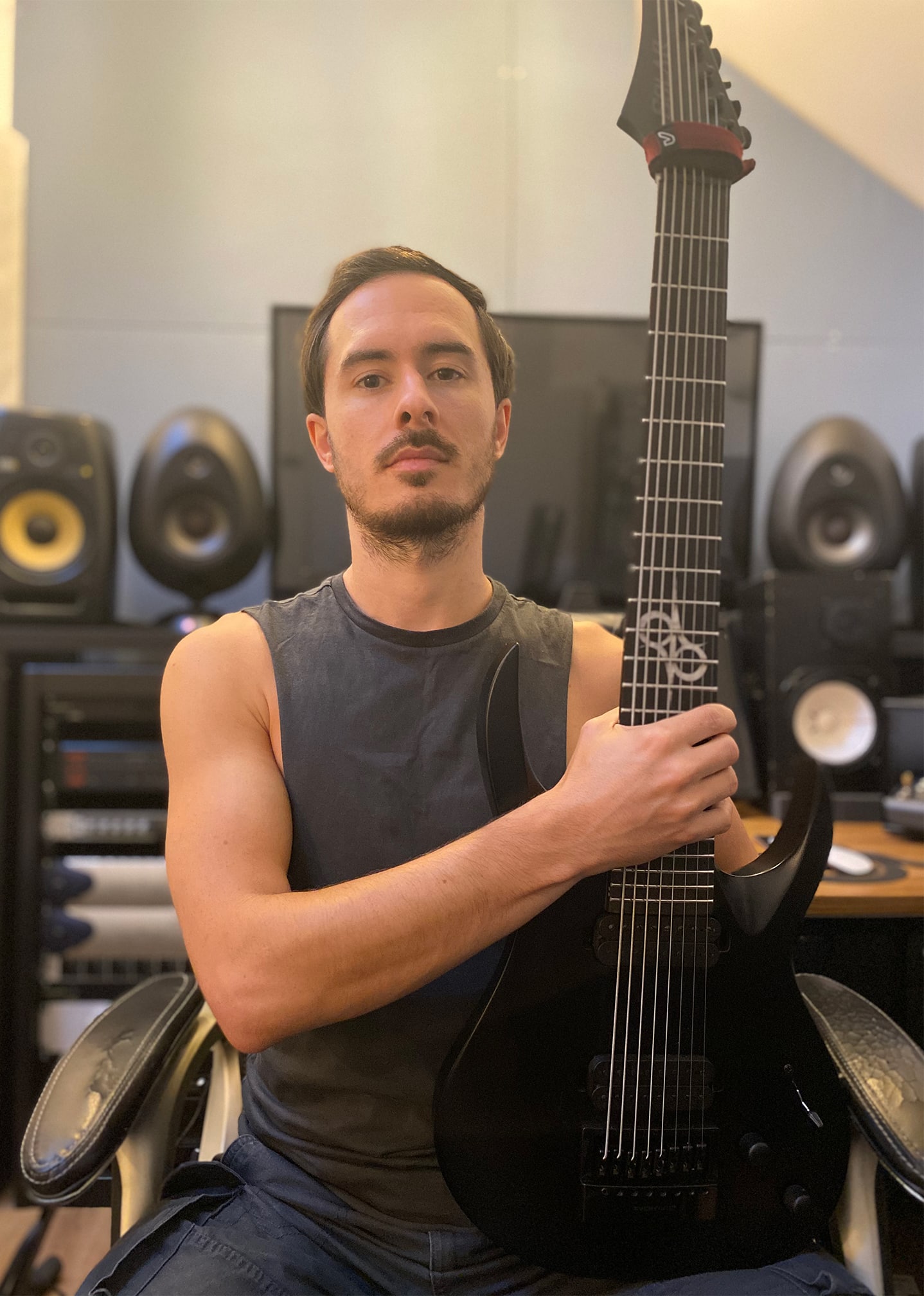 Paul from Nottingham, UK is an established touring musician who started playing the guitar at the age of 9 and switched to 8 strings in 2012. As an obsessive player growing up, he would spend several hours straight with no breaks, learning (what seemed impossible) John Petrucci solos until he could play them note-for-note. As a University student, he developed his style and techniques further and joined the band ‘Daor’ in 2006. In 2014 Daor evolved into what is now ‘The Five Hundred’, a name that was adopted after a gig reviewer claimed that what could be heard from the stage sounded like five hundred musicians!

Their debut album ‘Bleed Red’ (released Aug 2018) boosted The Five Hundred’s profile in the musical world and has had over 1 million streams to date and singles coverage on Radio 1, Kerrang Radio and Scuzz.

As an established touring band, The Five Hundred have played the likes of Download Festival (Donington, UK), Tech Fest (UK), Mammoth Fest (UK) and Euroblast Festival (Germany), an Eastern European tour with Carnifex, a number of UK tours with Shapes, Red Method and Death Remains as well as support slots with Architects, Fear Factory, Sikth, Raging Speedhorn, Napalm Death, Feed the Rhino, From Sorrow to Serenity, Nexilva, Confessions of a Traitor, Siamese, Invisions and many, many more.

The latest single ‘Black Dogs’ is out now and is the first release from album #2 which has just been recorded with producer Justin Hill (Sikth, Heart of a Coward, Hacktivist, Bury Tomorrow) and due for release in Oct 2020.

Watch Paul lay down a few rhythm sections on his @solarguitars A1.8c which will feature on @thefivehundred_ ‘s second album . . #thefivehundred

‘If you can’t play it yet, you’re not playing enough!’