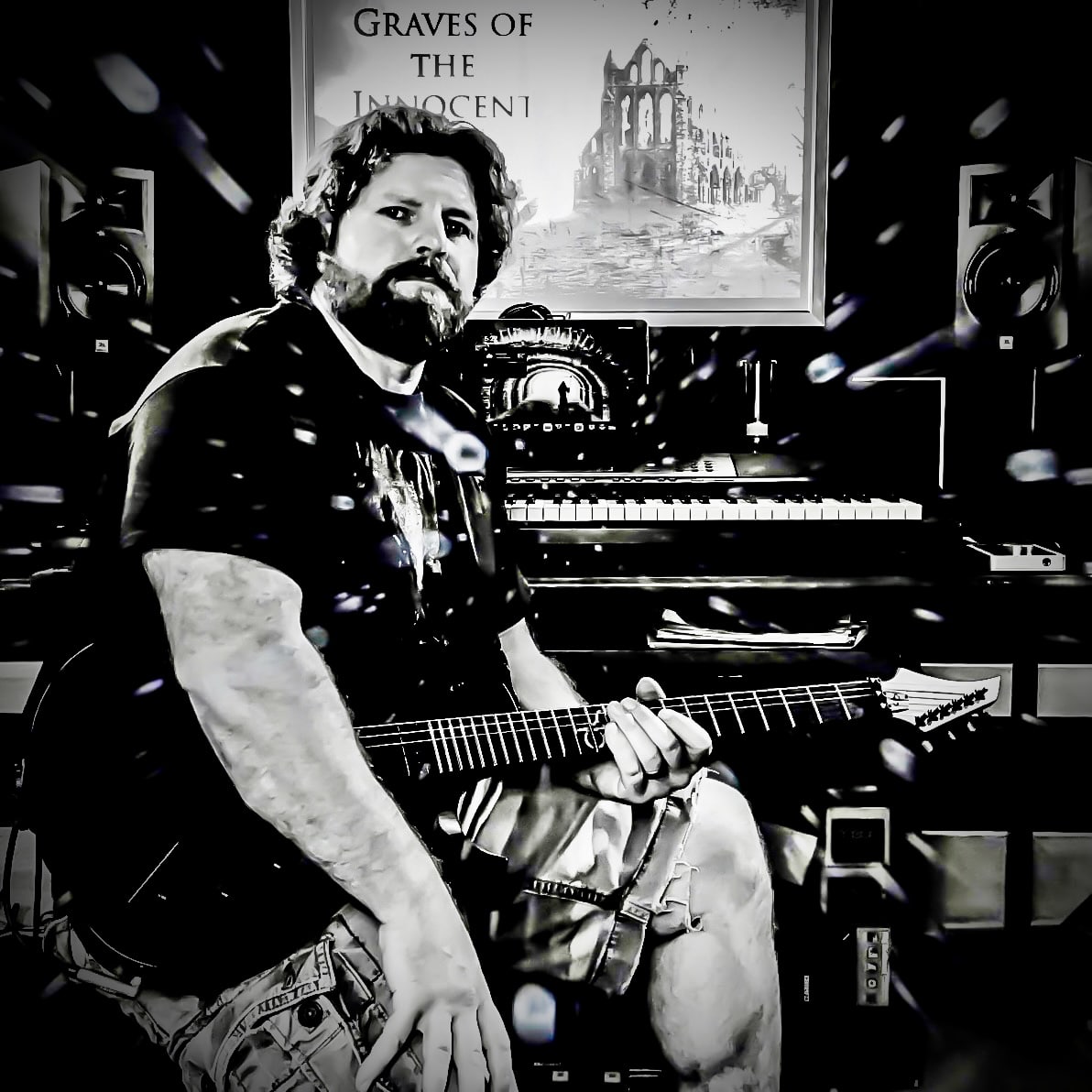 Graves of the Innocent is a primarily instrumental metal/hard rock project started by Pat Garrett out of his home in Springfield, Ohio. Pat had gigged in cover bands since his early 20’s in the local music scene, but the market was relatively small, rural, and unsupportive of harder music, Pat finally decided in 2018 to put together a home studio and start recording his own original work to share with the world. His true love has always been guitar, but Pat Garrett is a true do it all yourselfer who plays all the instruments involved in GOTI’s songs as well as mixes and masters all the finished tracks himself. He puts together and edits the project’s music videos as well. In 2019 his first album, We Are Better Than This, was finally released. The music has not stopped since, with new singles and videos being released regularly which can be found on just about all of the world’s popular streaming sites. Pat also does an occasional light hearted and somewhat comedic YouTube series called Metal Cave which was once featured on Sunday With Ola for the weekly riff challenge.

Music moves me, people lose me.

Pat Garrett – GRAVES OF THE INNOCENT On social media