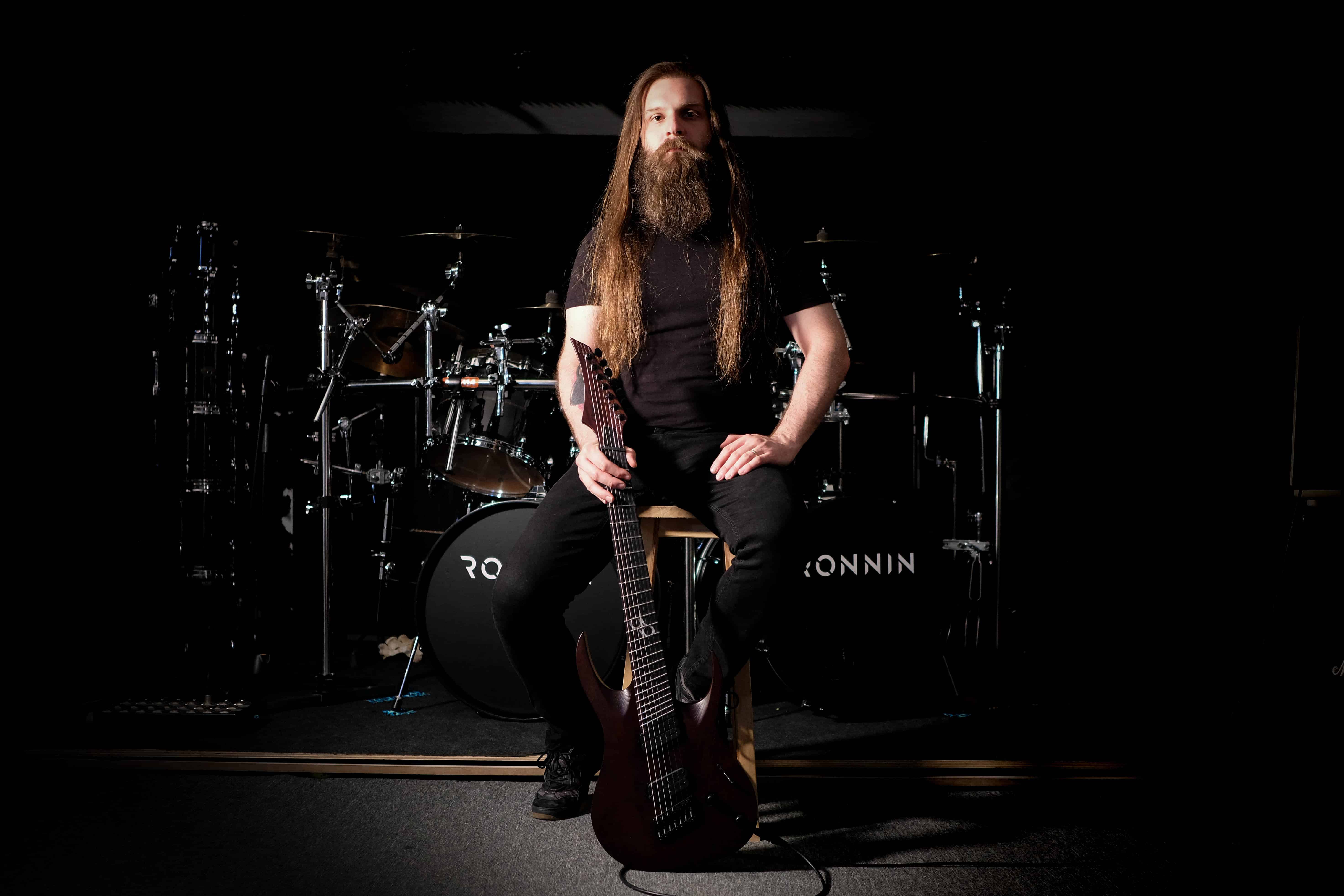 Onur Narin was born in Istanbul in 1988. He has been interested in music from the moment he was born, thanks to his family’s love for music. He met the electric guitar at the age of 11.

He founded his first band in 2002, had his first heavy metal concert experience at the age of 15. He gave many concerts with this band, and decided to become a musician during this period.

Onur Narin, who graduated from Yıldız Technical University Music Technologies Department (2011), is also a sound engineer who has recorded and mixed many names and projects. He provides production services in Studio AYI, which he founded with his band mates Erce and Murat in 2012.

In 2017, they decided to make their own music and founded RONNIN. After releasing two singles independently in the same year, the band started working on their debut album.

Before Ayberk joined as a vocalist, they had the opportunity to work together on a song with Soilwork’s Bjorn “Speed” Strid. After the line-up was completed, the band produced their debut album “REPRESSION” throughout 2019-2020 and released it in 2022.

Besides Ronnin, Onur also works with Murat Ilkan, the vocalist of Turkey’s biggest metal band Pentagram aka Mezarkabul and making videos for his YouTube channel “Gitar Edevat” with Emir Saygan.