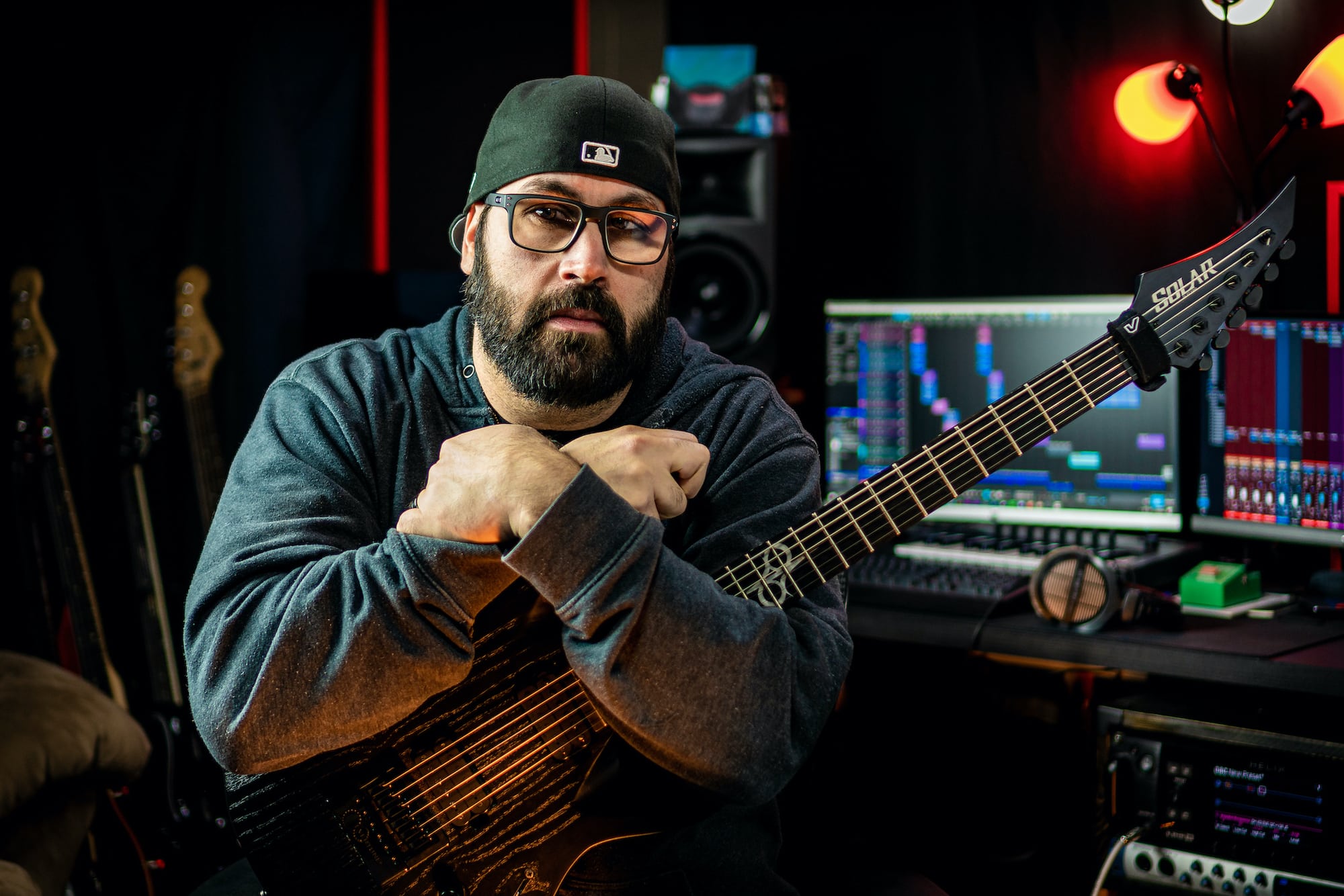 In some way, shape or form, Nick has been involved in music for the better part of the last 20 years. He began taking guitar seriously in or around 1999. Since that time, he has written and recorded a library of songs while continuously developing his studio production methods.

He has recorded hundreds of songs over his career and in recent years, has released multiple singles under the name, The Partisan Component. A passion project with good friend and stand-out metal vocalist, Jeff Plewa.

Nick released his first solo, instrumental EP entitled, Ample Chattels in 2019 as well as the B-Side Single, Mitosis. He has since released two more singles, Nahr-su-siz-em, and Gravity.

Nick has developed a following on YouTube with his channel that focuses on metal production and recording techniques as well as gear reviews and the creation of metal guitar tones with products like the Line 6 Helix.

When I got my first Solar, I knew I could stop looking. It’s the guitar I’ve been hoping to find for 20+ years. The neck, the build quality, stability and tuning enable me to be inspired to play everyday.