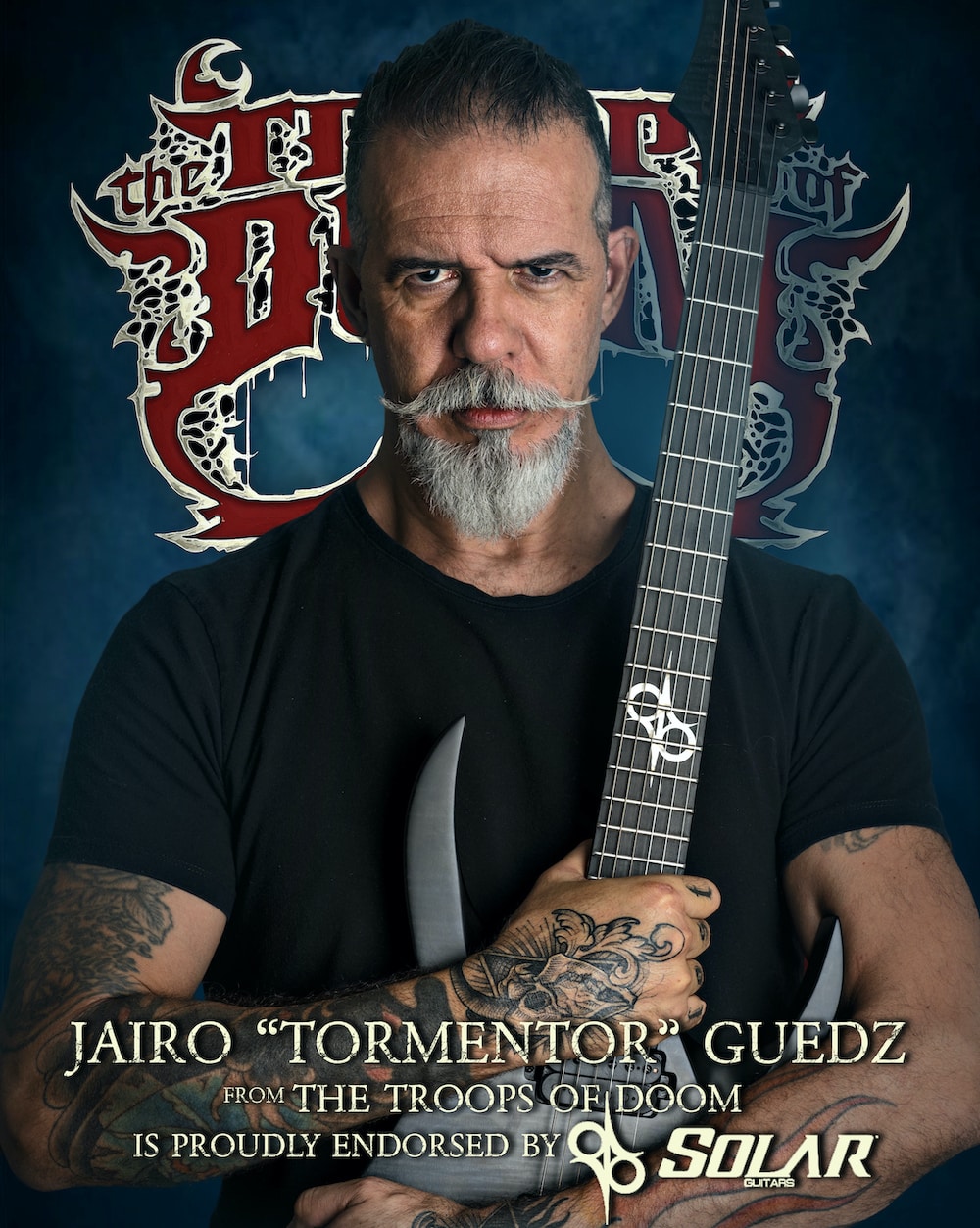 Jairo “Tormentor” Guedz is a songwriter and guitarist, part of the first formation of the rewarded Heavy Metal band Sepultura where, with Cavalera’s brothers, recorded the 2 debut albums BESTIAL DEVASTATION and MORBID VISIONS.
He also recorded 3 albums with band THE MIST – The Hangman Tree, Ashes to Ashes and Goverlassen.
Jairo worked on guitars also at album Humanology with band EMINENCE and joined forces in tours in Europe and South America during years 1999 and 2006.
During the year 2004 he was invited by Al Jourgensen to join the U.S. band MINISTRY for a one year tour.
He is the song writer of single TROOPS OF DOOM, reissued by several Death and Black Metal bands as NAPALM DEATH, CAVALERA CONSPIRACY and others.
Currently Jairo plays guitar in three bands; THE TROOPS OF DOOM, THE MIST and THE SOUTHERN BLACKLIST
One exciting project he has started is called THE TROOPS OF DOOM, which is developing a new formation to reissue the songs of firsts two Sepultura’s albums, preserving the style and verve of metal early days, but now with a new production and bringing others musicians like Michael (Lord Ahriman) from DARK FUNERAL, Teloch, Ale and Hellhammer from MAYHEM, Max Kolesne from KRISIUN, King Ov Hell (GORGOROTH + ABBATH) and possible others. Besides his own songs, the reissuing of maybe 4 Sepultura’s classics, this project will also be recording JAIRO “TORMENTOR” GUEDZ performing in live gigs.