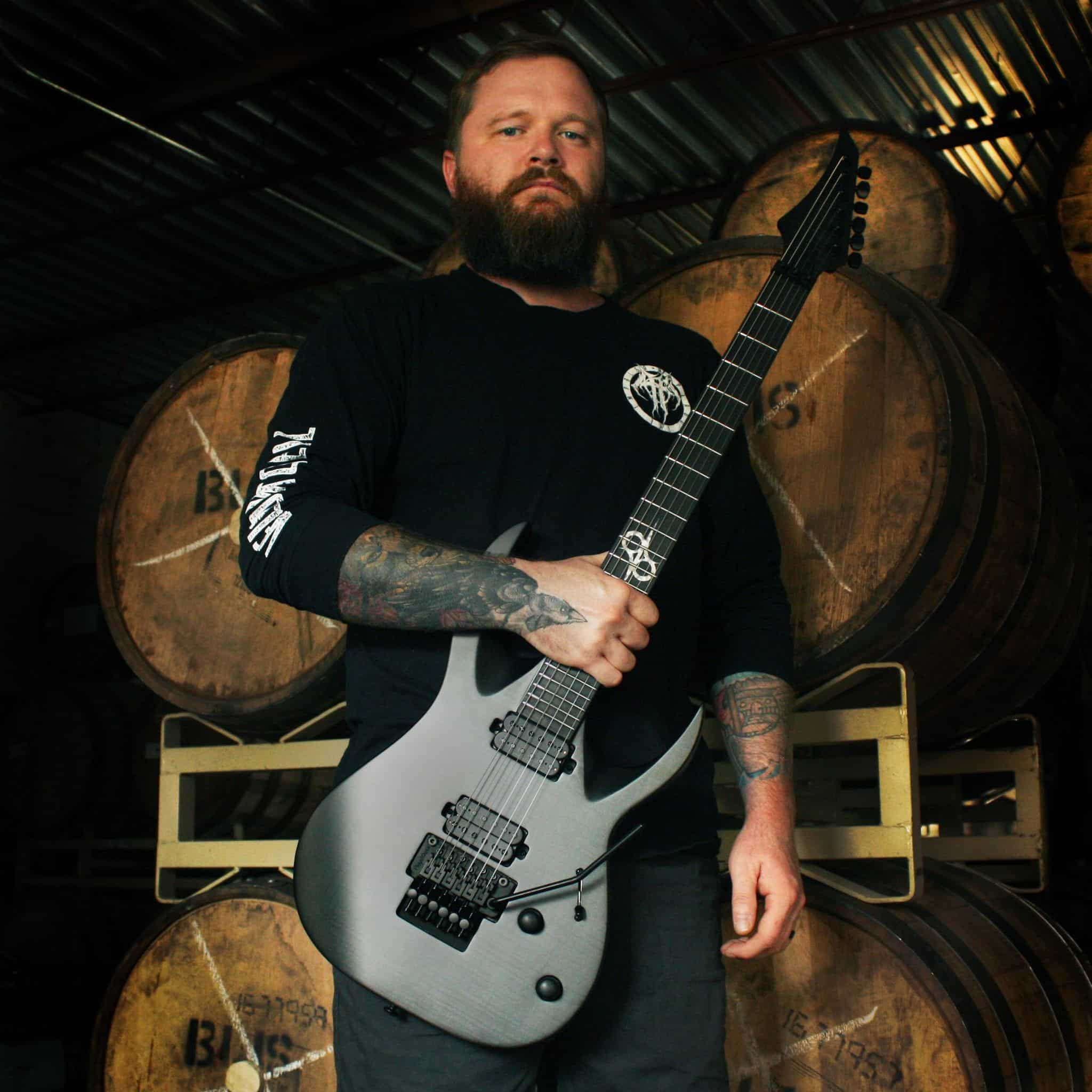 George Joseph Bauman IV (aka Geo) started his musical career playing metal music in his home state of Virginia, USA.  In 2009 he along with a few other musicians formed an Irish influenced rock ’n’ roll band. They recorded their first 2 albums, which were produced and engineered by Capital Records recording artist, Mark Padgett. The albums garnered them attention from some pretty big agencies such as Roots Agency and The Agency Group. These early connections catapulted them into the festival circuit. They played festivals from Virginia to California and from Maine to Florida, covering the entire spread of the country.

While he found success playing music with his brothers in The Fighting Jamesons, another life long friend came calling him back into the metal world. Corey Millet, who conceived a technical death metal band called Applaud the Impaler, asked him if he wanted to come learn their set and contribute a few ideas to their new album Ov Apocalypse Incarnate. Geo jumped on the opportunity. It wasn’t long until they were playing shows in and around their home state of VA, including some death metal festivals in KY and NJ.  Not long after joining their ranks, they travelled to Knoxville, Tennessee to record with Miah Lajeunesse who recorded band like Aegaeon, Whitechapel, Cutthroat Shamrock. The album was released by Unique Leader Records in 2019 and recieved some great reviews from metal blogs like Metal Injection (Author Austin Weber), Metal Purgatory Media (Author Jake Butler), Metal Temple (Author Jered Lacks).

“When I pick up and play my Solar I can feel the amount of work and research that went into crafting this instrument. This guitar was made and crafted with the working musician in mind. Solar has set a new standard for me in my expectations on how a guitar should feel and play that I didn’t even know existed.”