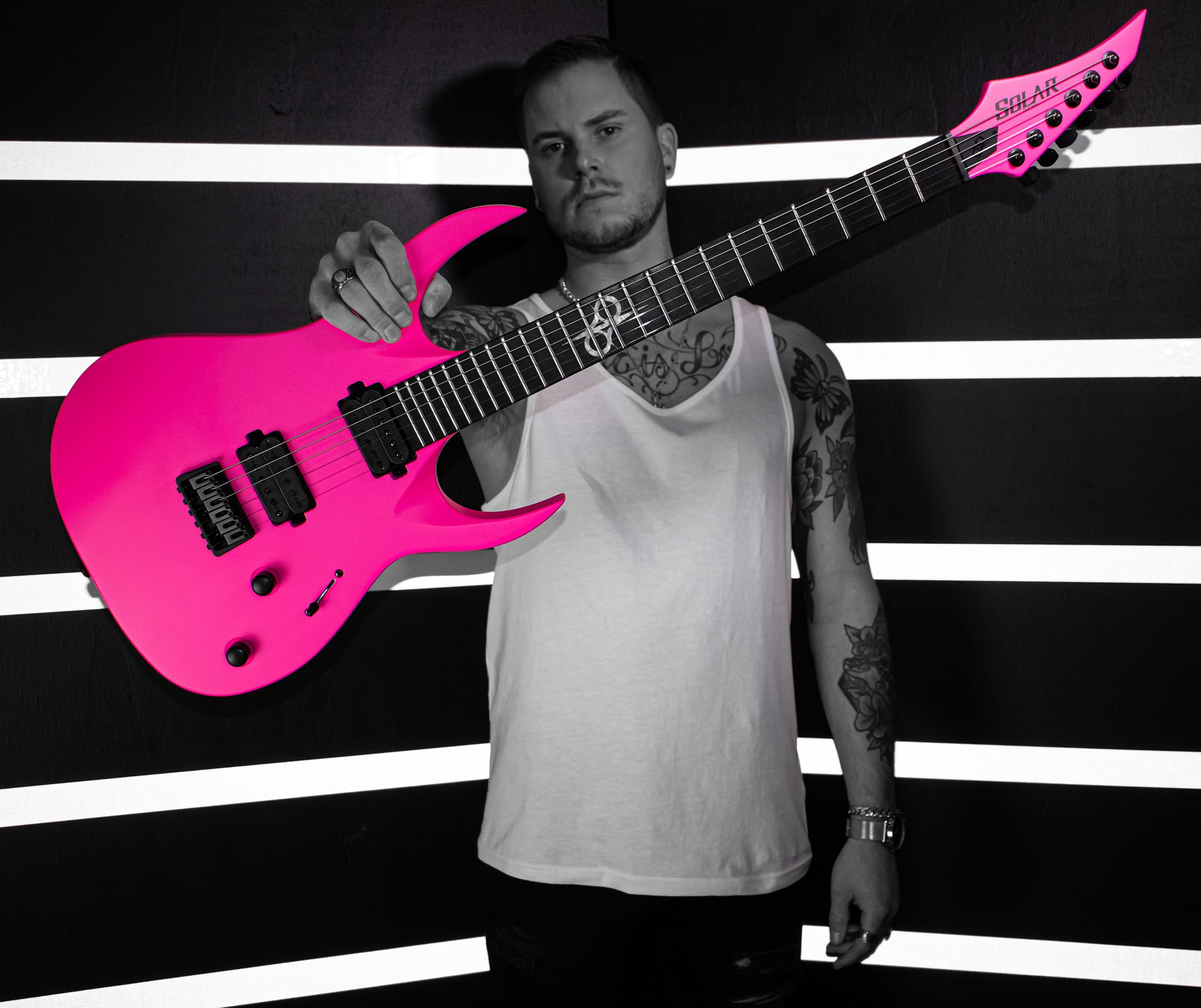 FreddyAwesome started his musical career at 14 when he started playing drums. During his time at the Swedish high school Music and Production he started playing guitar and writing music. He played guitar and wrote the music for his first band called Cabinett and then moved on to start his current band called MILE. MILE released their debut album in 2015 and followed up with a second album in 2018. He has toured in Europe and in South America with his band and has written most of the music. FreddyAwesome has also started a solo project called PLM. that mostly write and release pop music.

During his career FreddyAwesome has written and produced music in metal, rock , pop, musicals, hip hop and many more genres.

I will continue to produce and write music in all genres and my Solar guitar does a great job no matter what style I need it for!