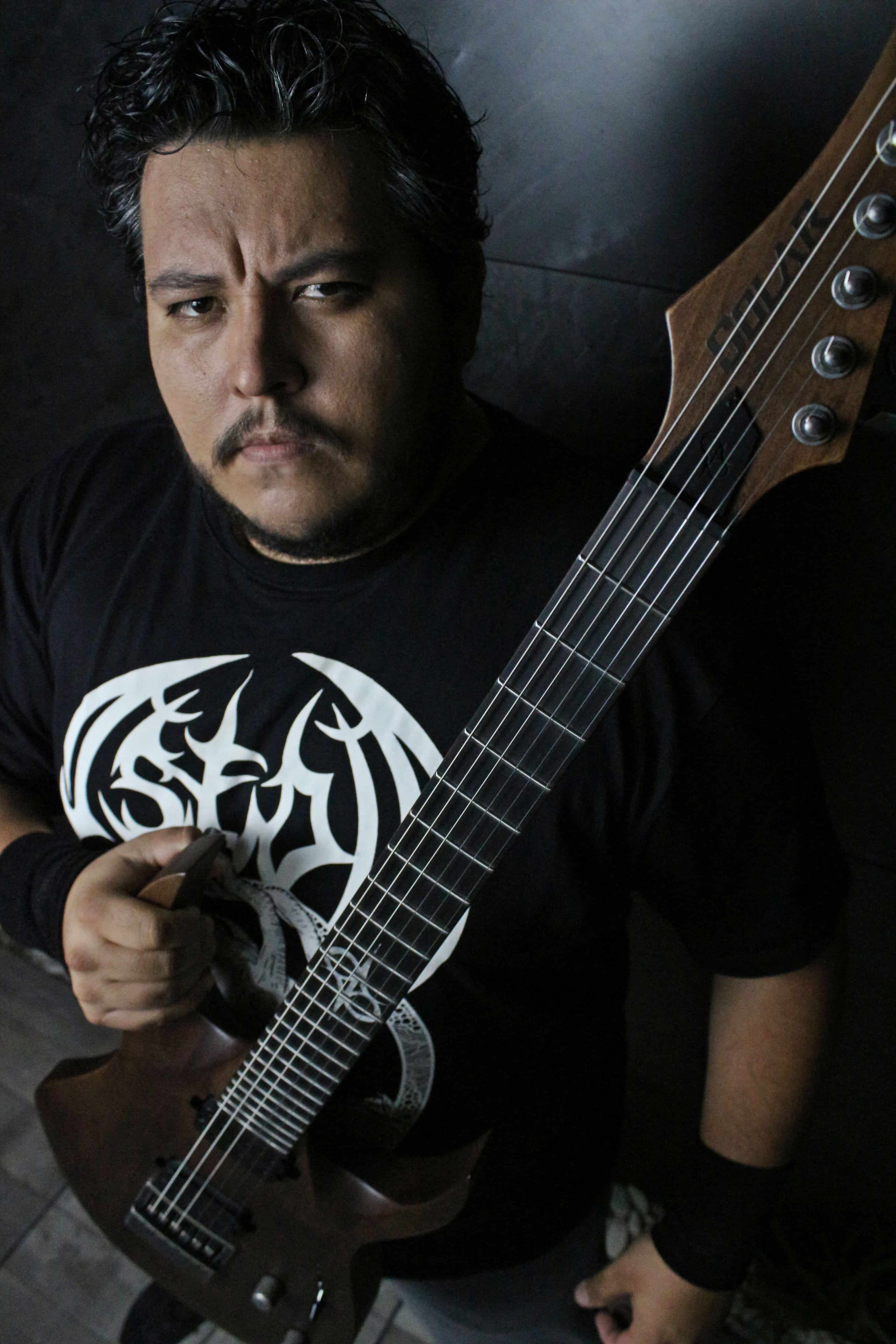 Diego Valadez is the main guitarist and composer of the Mexican Melodic Death Metal Band ASEDIO, which he founded in 2007 in the municipality of  Ecatepec, State of Mexico, along with some of his high school classmates, where he began to play the guitar at 17 years old.

His style is characterized by a powerful sensitivity in each of his creations, be they riffs or solos, in which he shows a deep notion of melody, harmony and rhythm, thus achieving simple but powerful structures, charged with emotion but without neglecting that technique that He has polished throughout his fifteen years as a musician.

Influenced by bands like Kreator, Metallica, At the Gates, The Haunted or In Flames, with Asedio he has participated in a couple of hundred concerts, in various musical compilations, interviews and video clips.

Do you know love at first sight? That is what happened to me with my Solar A1.6D LTD – Aged Natural Matte. It´s without a doubt the best guitar in my collection.