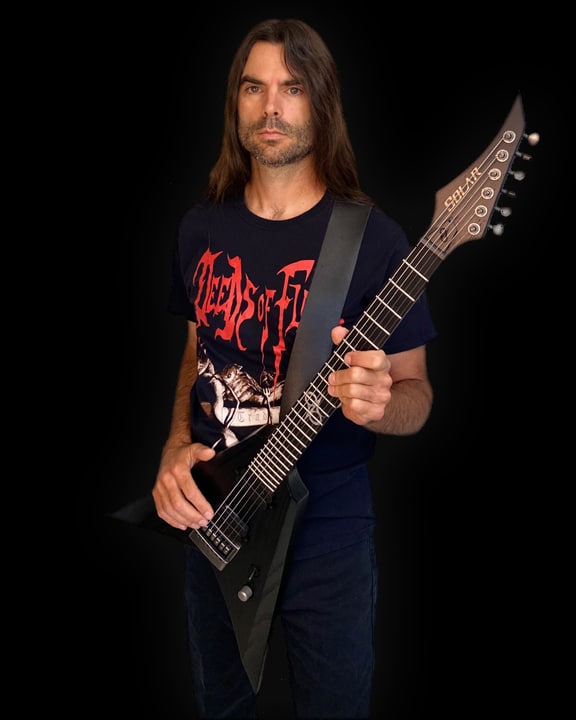 Dan has been playing metal since 1989 and has been involved in the Death Metal underground since the early 90’s. Dan’s first band TON released 4 demos, a full length album and played all over the U.S. during the 90’s. Staying active in various bands throughout the 2000’s Dan has always remained active and playing metal. TON reformed in 2014 and released full length album #2 in 2015. TON will be releasing a new full length album in 2020. Another project called Mutual Hostility will also be releasing an ep in 2020. Dan will also be announcing 2 more projects in 2020.

Metal is one of the things I live for! My Solar guitar will be my tool for making lots of metal.