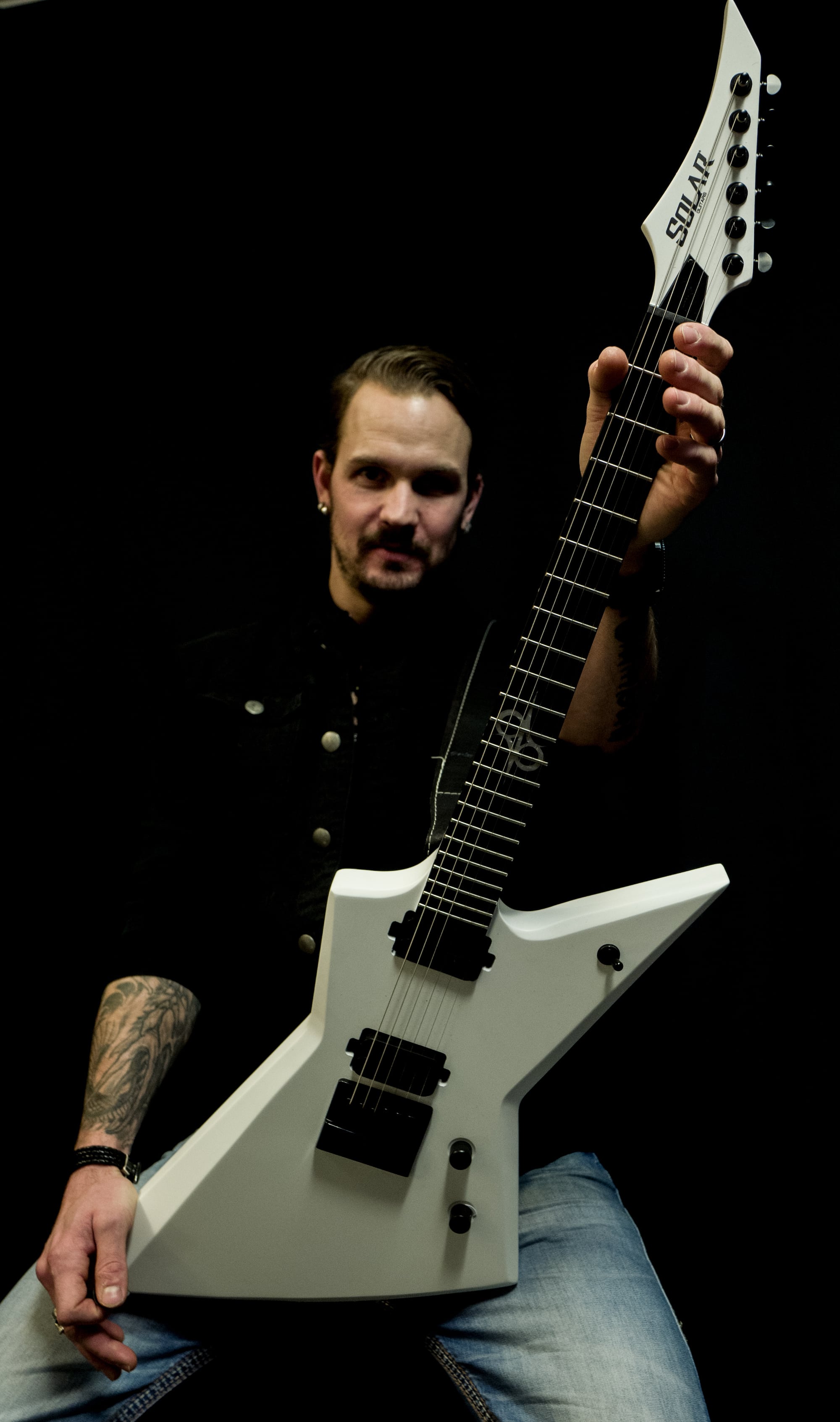 THE EMBODIED was born from the shadows of the Gothenburg sound, combining it with power and melodic metal. Their self-titled first album was counted as one of the best newcomers of 2011 and since then they have wrought havoc on Europe performing together with AMON AMARTH, ARCH ENEMY, SPARZANZA, CHUGGER and many more.

Working together with legendary Andy LaRocque (King Diamond) as producer, recording in Sonic Train Studios, their latest album “Ravengod” was released in 2016.

“With Evertune on these beauties, it’s right in time and right for me. The Solar guitars are amazing. Many alternatives have become one. Metal equals Solar Guitars”