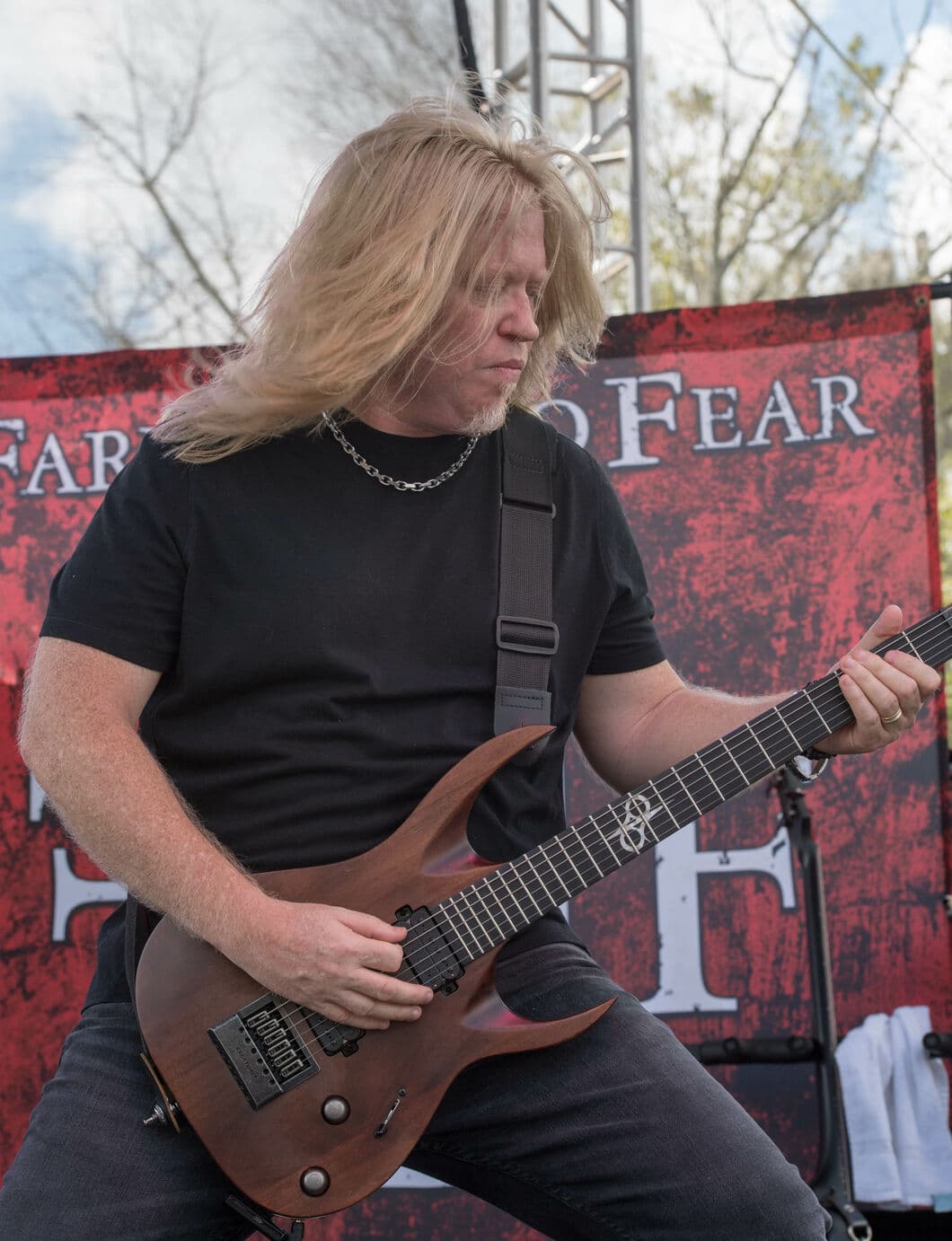 Originally from Western Pennsylvania, Bill’s playing career has taken him across the United States and even as far as Japan and Europe.  Bill was a student at the Musician’s Institute (Los Angeles, CA) and has spent many years teaching guitar.  He was hired to be in the backing band of legendary 1950’s band The Drifters and the group did a three month tour of Japan.  Bill was winner of the 1995 Pittsburgh Guitar Wars as well as the 2003 Pittsburgh Guitarmageddon (Guitar Center).  In 1998 Bill won “Best Metal Guitarist” for Guitar Player Magazine’s 30th Anniversary Competition.

Farewell To Fear was scheduled to play the cancelled Rebel Rock Festival in Orlando, opening for Five Finger Deathpunch and Killswitch Engage.  This past Saturday they played Orlando’s Earthday Birthday Festival, opening up for Shinedown, Candlebox and Fozzy.  More large festivals are being booked for 2022.

Bill will be heading out in late November across the Eastern US with Out of Darkness.  The band will be touring the full country in 2022.