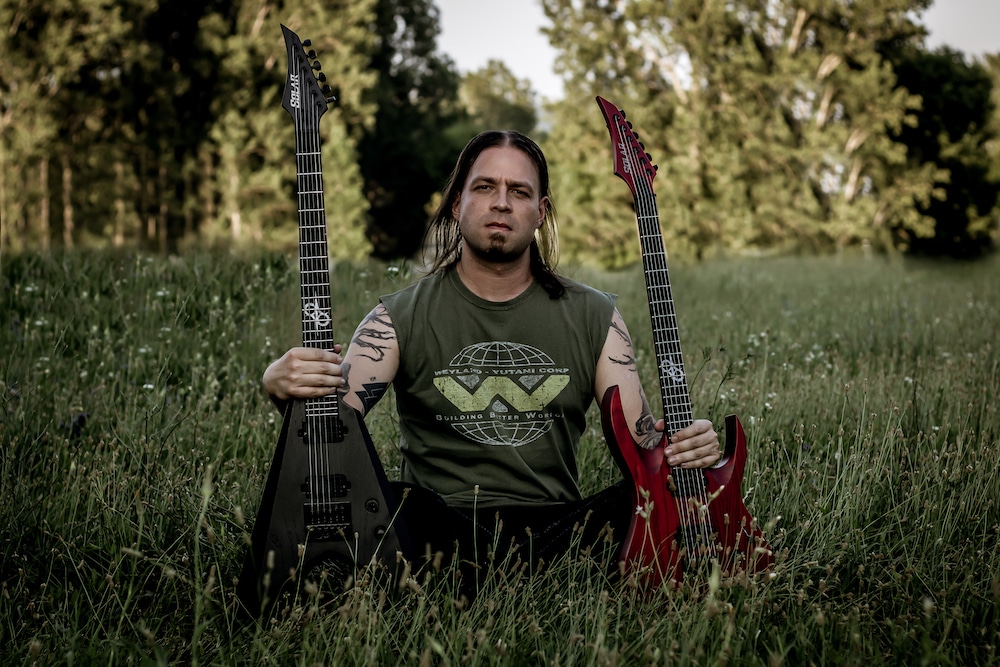 I’m playing guitar since 2001 in various Hungarian bands, and featured in some other projects also, as a guest musician. Currently I’m playing in Sear Bliss mainly.

Every household needs at least one Solar guitar.