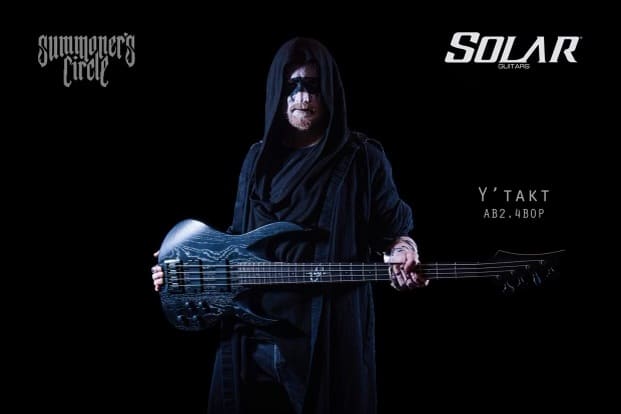 Bass player and backing vocalist of US metal band Summoner’s Circle. Summoner’s Circle is a six-piece theatrical metal band that blends elements of doom, death, black and progressive metal into what they refer to as simply Epic Metal. In May of 2019 Summoner’s Circle released their worldwide debut full-length album “Become None” on the Pavement Entertainment label. They also hit the road as part of Children of Bodom’s North American Hexed tour along with Swallow the Sun and Wolfheart, played the Full Terror Assault US festival, and brought the metal to the 20th annual Gathering of the Juggalos.

I love my Solar Bass. Build quality is top notch and perfect weight. Looking forward to what Solar will come out with next.