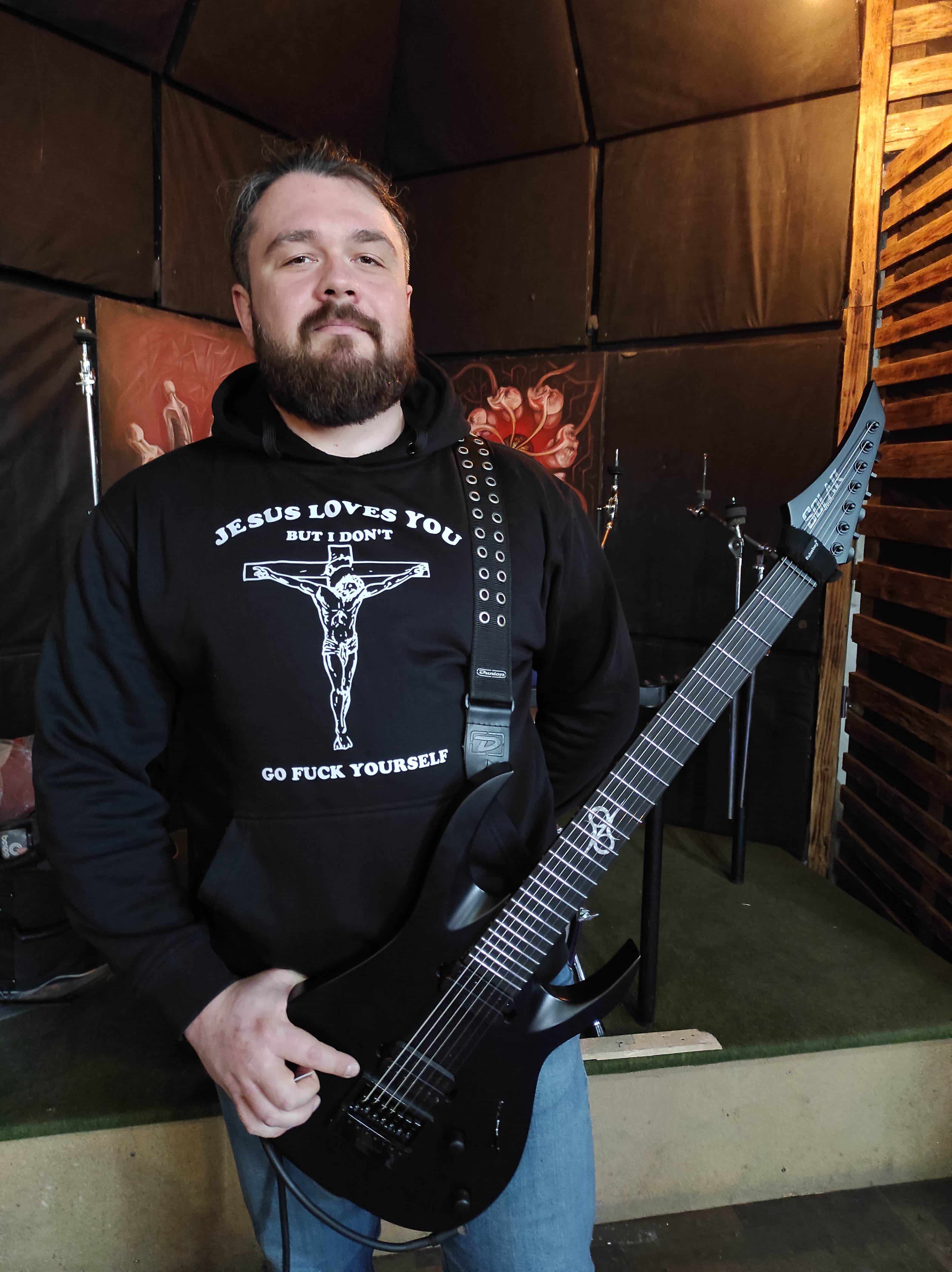 From Lviv, Ukraine. Got his first guitar in high school. Played in a lot of different bands until landed in his current WW1 themed metal act called ’1914’ as a full time member. Currently working on the band’s 3rd LP called ’Where Fear And Weapons Meet’ that is gooing to be released via Napalm Records in October 2021.

The 1914 is Ukraine based band that was formed in 2014 on a Great War anniversary and draws inspiration from that historical period and events. After the release of the previous LP named ‘The Blind Leading The Blind’ the band started to be recognized by European promoters and appear more and more on the different shows and festivals in EU. 1914 have shared the stage with such legends as PARADISE LOST, SEPULTURA, CANDLEMASS, DARK TRANQUILLITY, ROTTING CHRIST, etc. Due to the lockdown restrictions the tour schedule was shifted and the band is going to perform on such finest metal gatherings as SUMMER BREEZE (GE), BRUTAL ASSAULT (CZ), INFERNO (NO) and many more as well as doing a lot of headlining acts in the nearest future.

That was the love from the first sight when I unboxed my A1.7C. The look, the feeling, the features of the instrument are splendid and 100% fill all my needs as an extreme metal guitar player.