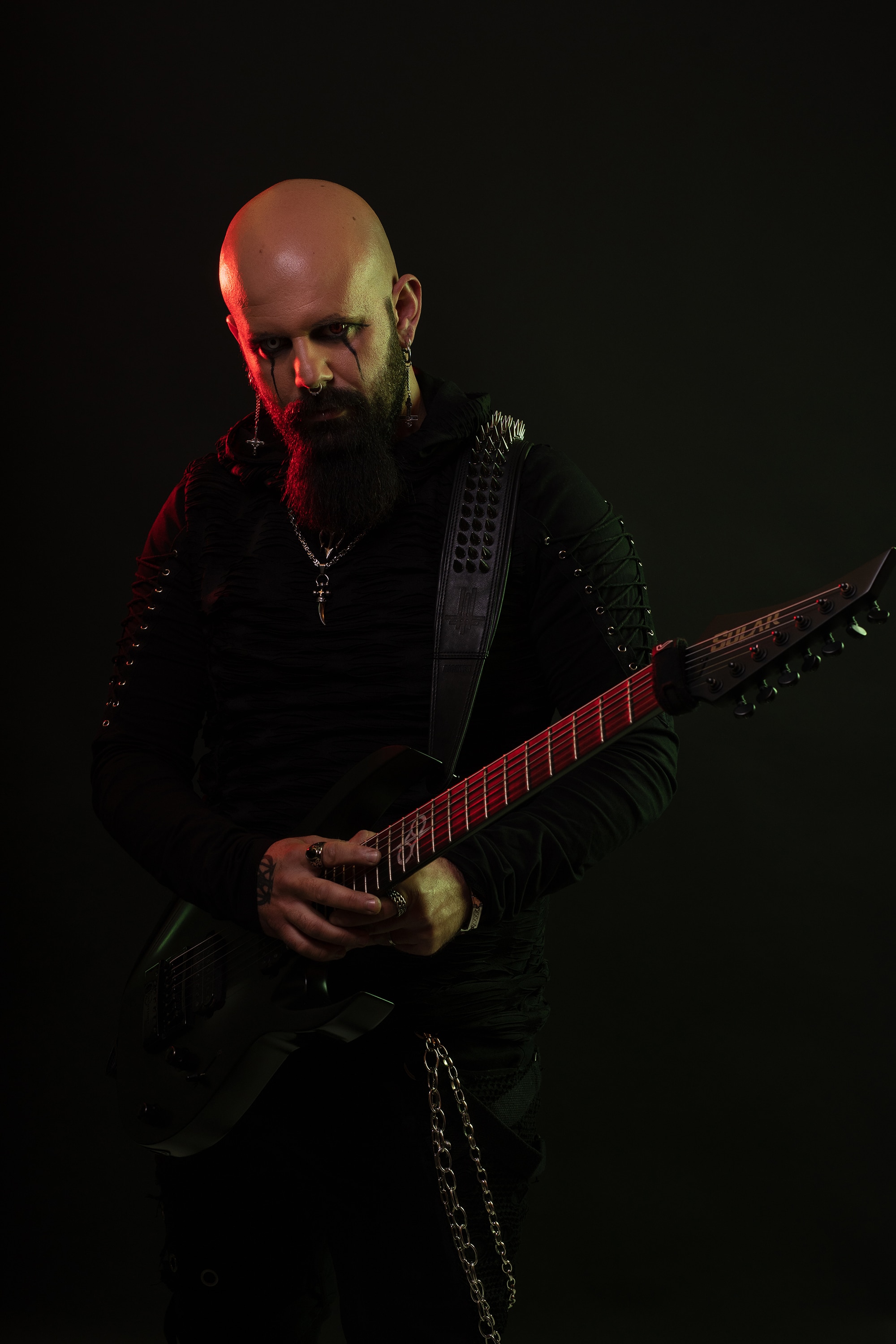 Angel “Vampyrpriest” Melis is a Greek guitar player born in 1988, in Corinth, Greece.

At the age of 13, he started taking lessons in classical/flamenco/jazz guitar and for 7 years it was his main instrument, up until he first listens to Dream Theater’s “Train Of Thought” album, which changed his perception about music and how the guitar should be played.

At the age of 23, back in 2011, he started playing the electric guitar back and immediately became his main objective in music.

He has released several demos of his own music over the years, with great reviews and currently he is the lead guitarist of the symphonic blackened death metal band, Drama Noir.

I first played my 7 string Solar back on February 2019 and is my choice weapon since then. Just great playability and oustanding tone for almost all kinds of music. One of the greatest rising brands on the world right now.