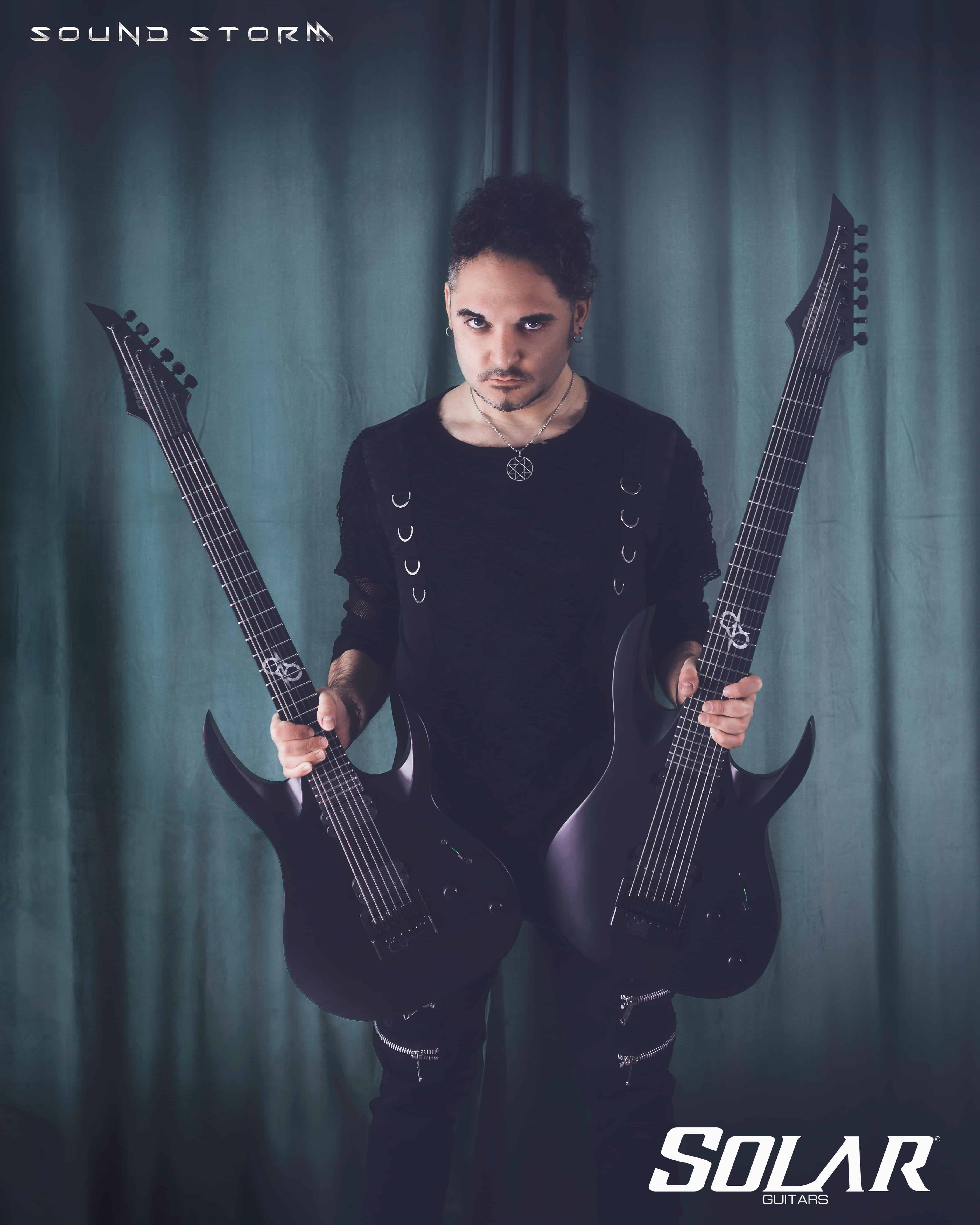 Sound Storm was born in Torino (Italy) in 2005 and in those days the band was playing symphonic/power metal. After some line-up changes, the band is now producing modern symphonic metal with several influences from progressive, groove and post metal.

The band released three albums and one single to date, and embarked in several tours and festivals around Europe. The band also made a headlining tour in México with 11 shows. Sound Storm have been touring Europe incessantly in the past decade, sharing the stage with Therion, Arkona, Tristania, Epica and Haggard. The “Bards of Symphony and Metal” tour with the German metal orchestra Haggard consisted in 20+ shows all around Europe, plus a bunch of headlining shows in Italy to promote the latest single “To The Stars”. Sound Storm have also played big festivals in Europe such as Hammerfest UK, Eindhoven Metal Meeting, Ilha do Ermal in Portugal (w/ Blind Guardian, Angra, Sepultura etc), Metal for Emergency, Lucca Comics and Games (headlining release party show on the Halloween night) just to name a few.

After the release of the single “To The Stars” (2018) and the huge European tour (end 2018 – mid 2019), the band was working on the 4th album to be handled once again by Joost Van Den Broek (Epica, Ayreon, Demons & Wizards etc) when the pandemic came.
Now it’s just time to wait for things to settle down before Sound Storm is back with the long-awaited new album, the first one with the new line-up included in “To The Stars”, and a huge promotional tour in support of it!