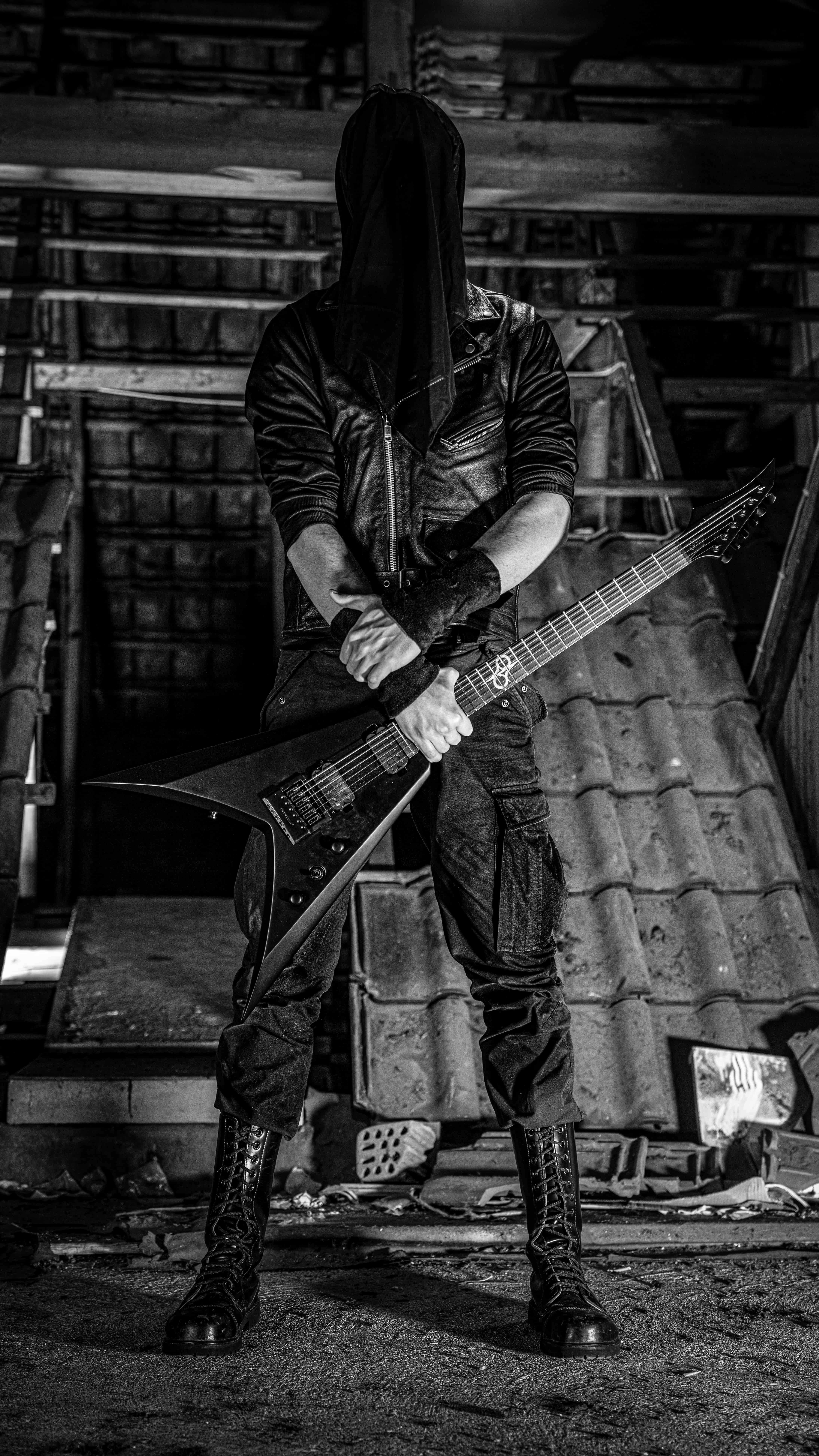 GROZA (pol. for terror) is a Black Metal band based in Bavaria, Germany. The band was started in early 2016 by singer/guitarist P.G. and only functioned as a one-man studio project. In 2018, U.A. joined and the band grew to a full band in early 2018. In September 2018, the debut album “Unified In Void” was released through AOP Records, followed by extensive live activity playing several tours and festivals all over Europe. The follow up will be released 2021.

After almost 20 years of playing and as a huge fan and owner of several V-shaped guitars, the Solar V1.6 C is the model I highly recommend. The quality and sound of the guitar is just perfect. The Evertune bridge works just fine and makes playing shows as well as studio work so much more efficient. This guitar is a working machine and also looks incredible. A guitar you can depend on!