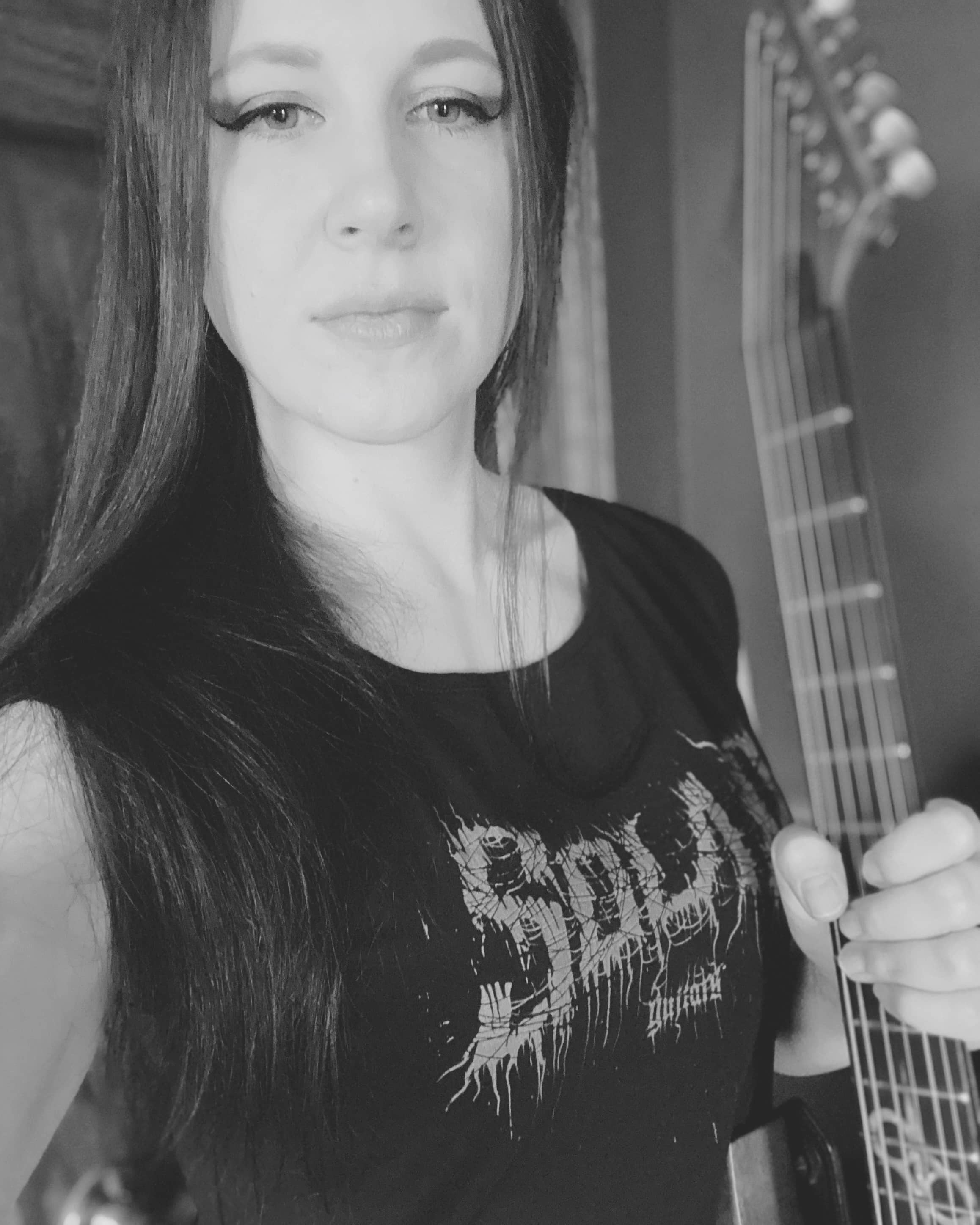 Trish Bill is a self-taught guitarist and bassist who has been playing in various death metal bands since 2002.

In 2012, Trish was approached by Derkéta (known to be the rst all-female doom death metal band, formed in 1988) and asked to step up as their ll-in bassist for live shows. In 2019, Trish assumed full-time guitar duties for Derkéta. Also in 2019, she began involvement with Automb (American black metal), playing live guitar for them in support of their rst album “Esoterica.”