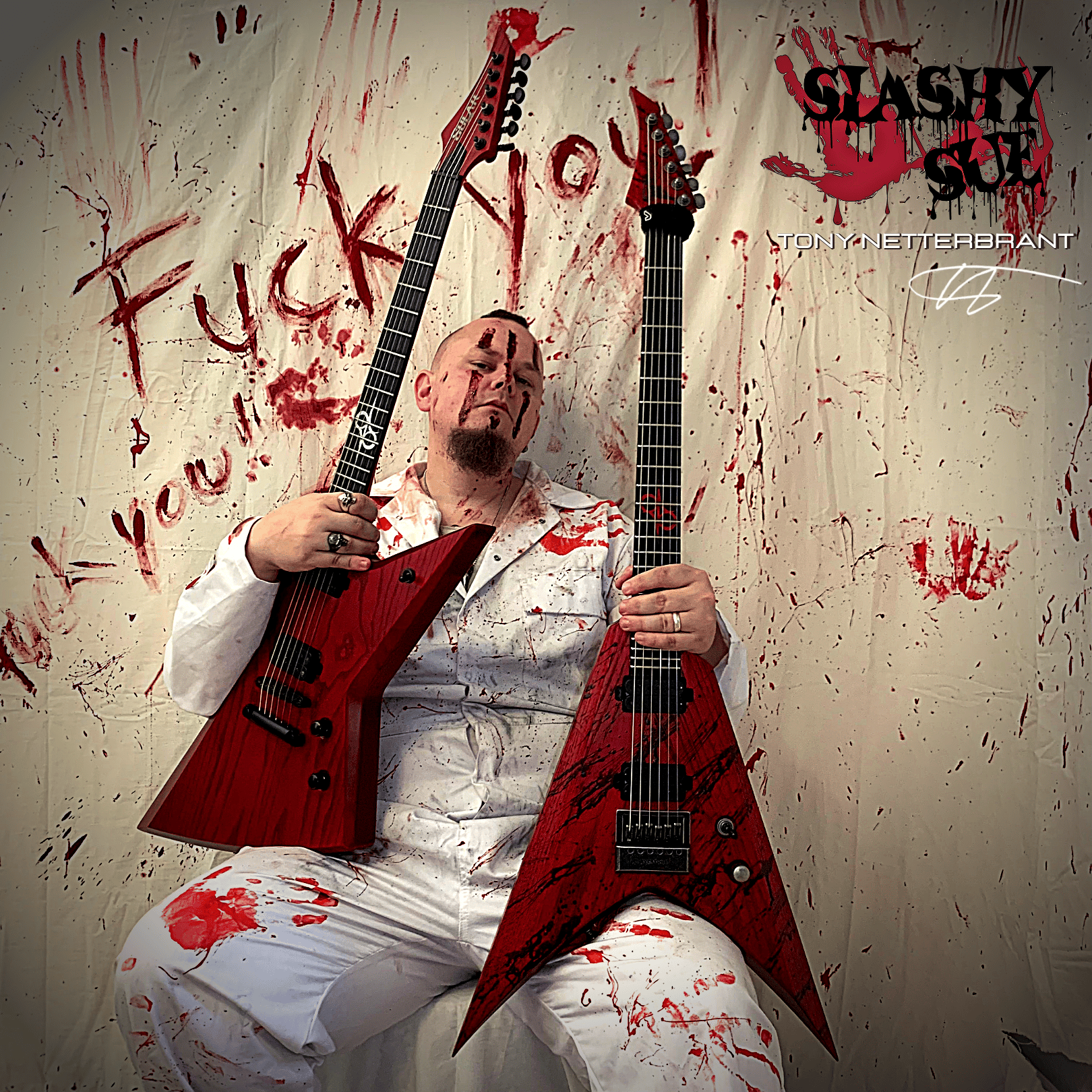 From the Swedish founders of the critically acclaimed Zephyra comes the project SLASHY SUE.

SLASHY SUE is built as an industrial horror metal project on the story below.

Susan Henderson, by the media called ”Slashy Sue”, is a serial killer and cannibal who killed and ate 37 men back in the 90’s. Maybe more that are still unknown.

She moved to a foster home at the age of 3, when her parents were found dead in their home. Little Susan was found sitting next to her dead mother and father, playing with her teddy bear. The police suspected that Susan’s parents had been dead for three weeks when they were found, and pieces of their arms and legs were missing.

Susan adapted to her new home rarely fast, and did not seem to care about the fact that she’d lost her parents.

One day Margaret, Susan’s foster mother, found the girl in the family’s barn. Susan’s dress was covered in blood, and the little girl was holding a dead cat in her arms. Susan had been eating from the dead cats body and couldn’t stop laughing.

This was the start of something no-one could have foreseen.

The start of something horrifying.

”Sue” has been institutionalized for over 20 years, after being diagnosed with split personality disorder with severe narcissistic tendencies, and sentenced to spend the rest of her life locked up at the psychiatric institution.

In 2005, she agreed on being interviewed by psychology professor Ernest Bardreau.

The songs are her confessions.

”As mainly being a rhythm guitar player, it’s important to me that those heavy riffs sound and feel good to play.
My Solar Guitars deliver in every way and then some!
I’ve always been an explorer and V fan, ever since I first discovered Metallica and the mighty James Hetfield.
When I saw that Solar Guitars came with an explorer, I knew I had to have it.
For the first time in 8 years I replaced my beloved main guitar with the E2.6. That speaks for itself.
And just as I couldn’t be more satisfied, I saw the Canibalismo! I knew I needed that guitar as well. Said and done, I’m now a proud owner of both the Canibalismo V1.6 and the E2.6. I’m well equipped for both the studio and the stage.
I’m happy to be a part of the Solar family”