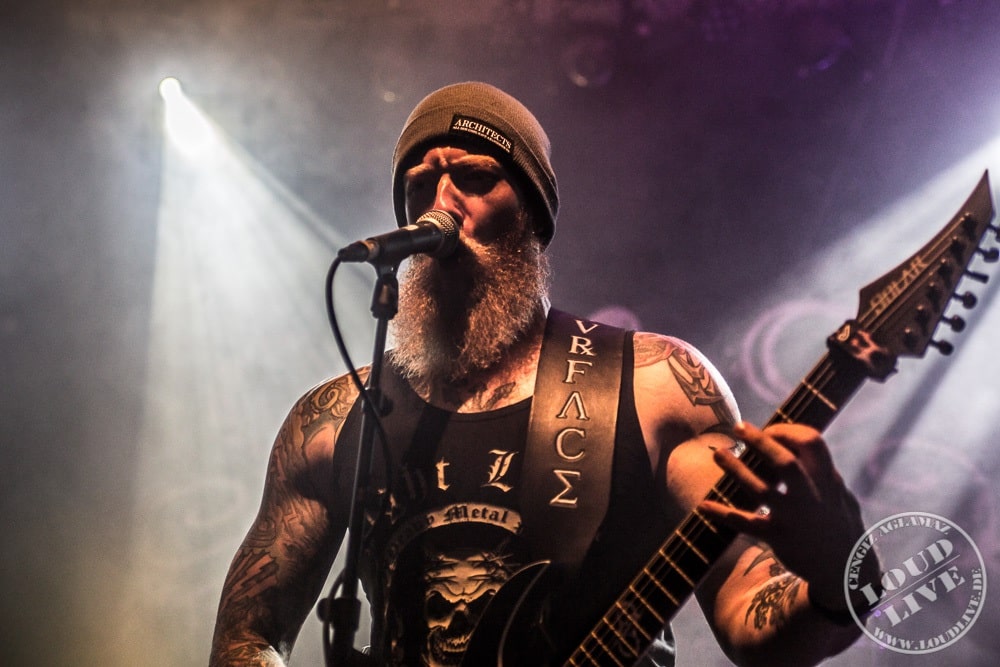 Tom Robinson was born in December 1993 as a son of a craftsman and nurse. He started to listen to Heavy Metal when he was 10 years old and got his first guitar when he was 12. As soon as he was starting to get into music, he founded his first Heavy Metal band. After several of years in different bands as a bass player, guitar player and vocalist he finally founded Surface in 2010 with some
good friends (Marco Bechreiner, Jason Coffi ex-Surface, Timo Petersen ex-Surface). Since then they played more than 150 shows on national and international stages and released three records. As Tim Broscheit and Johnnie Ritter joined Surface, the band evolved a lot. Tom was always known for being a great frontman and entertainer, as well as someone who makes playing guitar, singing and entertaining at the same time look easy. Since 2018 Tom is playing Solar Guitars on every show, which improved the sound of Surface even more. In 2021 Surface have been rearranged and renamed as Rise Of Kronos. Even Rise Of Kronos has a new concept and a new sound Tom sticked to play Solar Guitars on every record and every live show.

As a touring artist, I was searching for an instrument that fits all my needs. I want it as easy as possible. I want to grab the guitar right out of the bag and play Death Metal. I had a lot of guitars back in the days, but I truly never had a guitar like my Solar! This is the best guitar I ever had and it fits all of my needs. I simply love it!