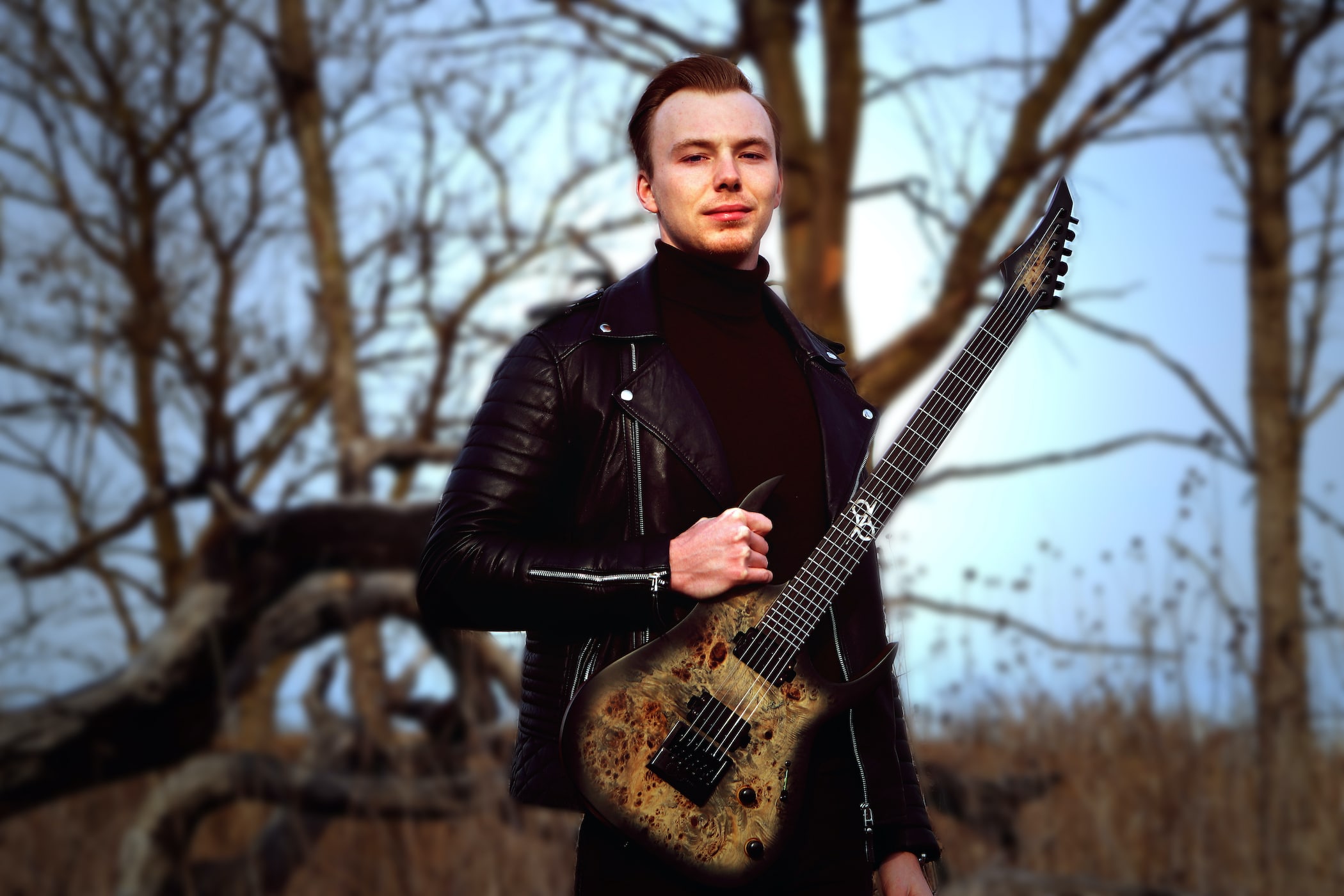 From Twin Lakes, Wi, Steven Lesko first picked up the guitar at the age of 14 in 2009. The band Bullet for my Valentine was his first inspiration to play, and started his guitar journey by learning their albums from front to back. After exploring the world of metalcore, Steven stumbled upon the guitar player Michael Angelo Batio. Watching his videos, Steven was inspired to take his playing to the next level. Which introduced him to the world of shred and melodic lead playing. This inevitably lead him to Yngwie Malmsteen’s music which was a huge influence on Steven’s playing. Years later Steven found himself back listening to modern metal again. But the rhythmic waves of Djent inspired him to combine this heavy style of playing with his love of metalcore and neoclassical music. Creating his music under the name of “Assets” as his brand in 2013. Steven later joined the band Amberstein out of Milwaukee Wisconsin in 2019. Amberstein is a meodic rock band that uses progressive elements to drive their music. They also have earned a WAMI in 2019 for being the “Alternative Rock Band of the Year”. Music is a way of life for Steven, and he devotes his life mission to inspiring others through his music.

Integrate and create from your passions in life.