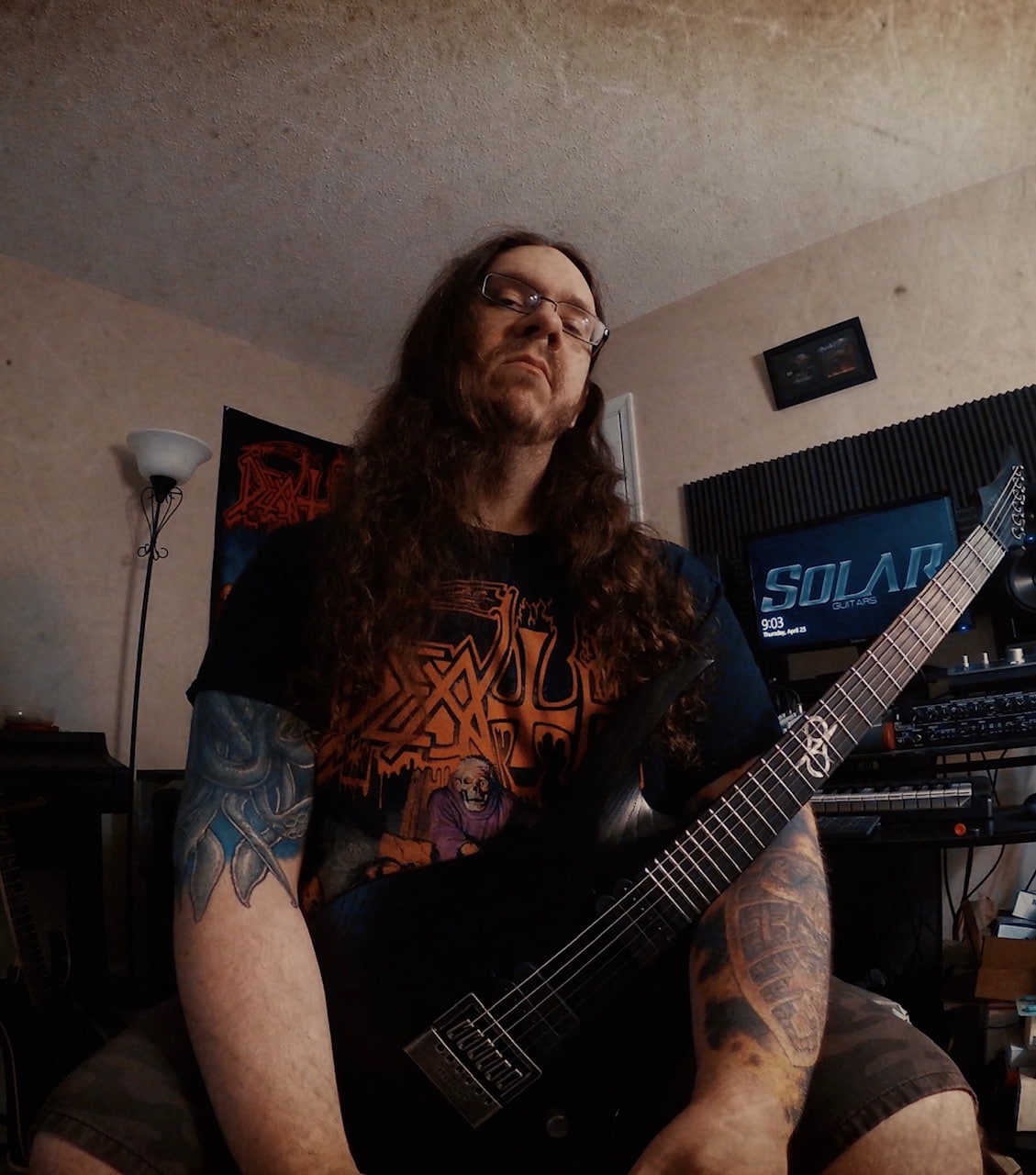 Steve Redmond has been playing guitar for over 20 years and has spent most of his time playing in metal bands. At the age of 17 in 2003 he formed his first death metal band Cyaegha. At the time Cyaegha was one of the only bands in his region playing technical death metal; because of this, Cyaegha quickly devolped a reputation for their intense live shows and unique brand of extreme metal. After a long run, one full length album, and a few tours the band (while remaining lightly active in the local scene) had mostly run its course. Wanting to remain active, when Steve was approached by esablished thrash band The Day of the Beast he quickly accepted the offer and started playing shows and became one of the primary songwriters. The band remains active and since its inception has released 3 full lengh albums, is currenty recording a new one, and continues to play live frequently. In between albums with The Day of the Beast, Steve started working on his most ambitions project yet; a symphonic death metal project called Foretoken in which he writes and produces the music. For this project he also recruited his friend and former bandmate from Cyaegha Dan Cooley to write lyrics and perform vocals. This project became even more ambitious with the addition of world renowned death metal drummer Hannes Grossmann on studio drums. Foretoken is releasing its debut album ”Ruin” on May 1st 2020. Steve is currently recording a new album with The Day of the Beast, and has already started working on a new Foretoken album. He continues to push himself muscially and is excited for what the future may bring.https://youtu.be/wa-j3EIss4E

Here are a list of Bandcamp pages for Steve’s projects:

Solar guitars has all of the modern specs as well as the superb build quality that most brands are charging upwards to $2000 for. Every Solar guitar I’ve played has been extremely comfortable. I’m proud to be part of the team!