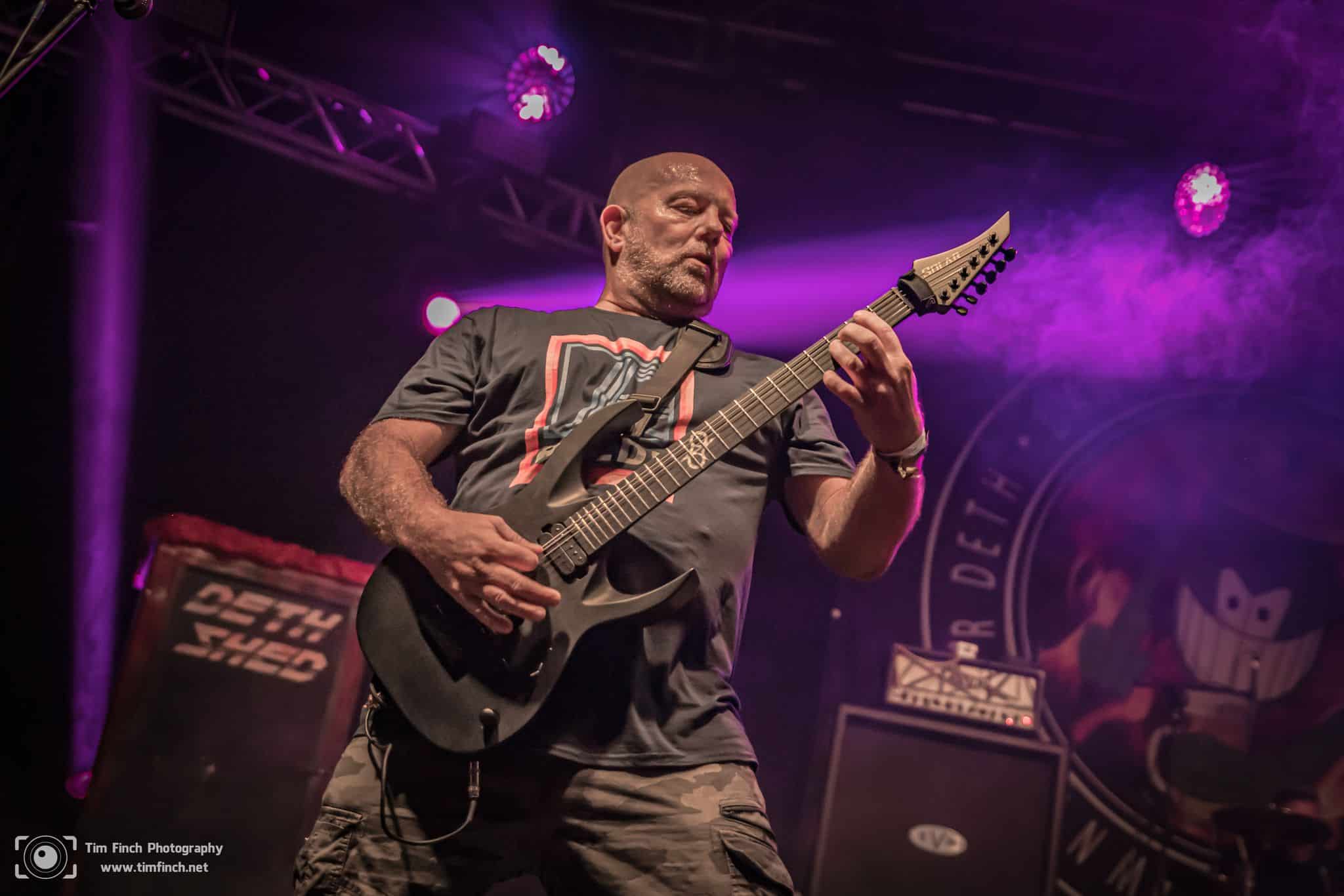 After very brief spells playing in bedroom bands in the mid 80’s, Steve Nesfield, Pete Lee and Chris Parkes stumbled across an advert in Kerrang for a Demo called It’s a Lot Less Bover Than a Hover (1987) by a band called Lawnmower Deth. After a frantic bit of research it came to light that there was no such band, just a lunatic Drummer who drunkenly recorded the demo in his bedroom and decided to send it to Kerrang. Steve managed to track down the drummers real name and chanced his arm with a phone call to see if he wanted to start a real band called Lawnmower Deth.

35 years later Lawnmower Deth are still going strong and since reforming in 2009 they have gone onto to grace the stages at the UK’s biggest metal festivals including Download Festival (5 times including a stage 2 slot in front of 30,000 people), Bloodstock 3 times, Damnation Festival and HRH several times.

They have also supported metal legends such as Saxon, Bullet for my Valentine, Death, Overkill and Suicidal Tendancies.

More recently they teamed up with Pop legend Kim Wilde to write and record a Christmas song called F U Xmas and later on teamed up to play a legendary set together at Download Festival and Kims Christmas show infront of a rather bemused audience.

Full history can be found on the bands Wikipedia site https://en.wikipedia.org/wiki/Lawnmower_Deth