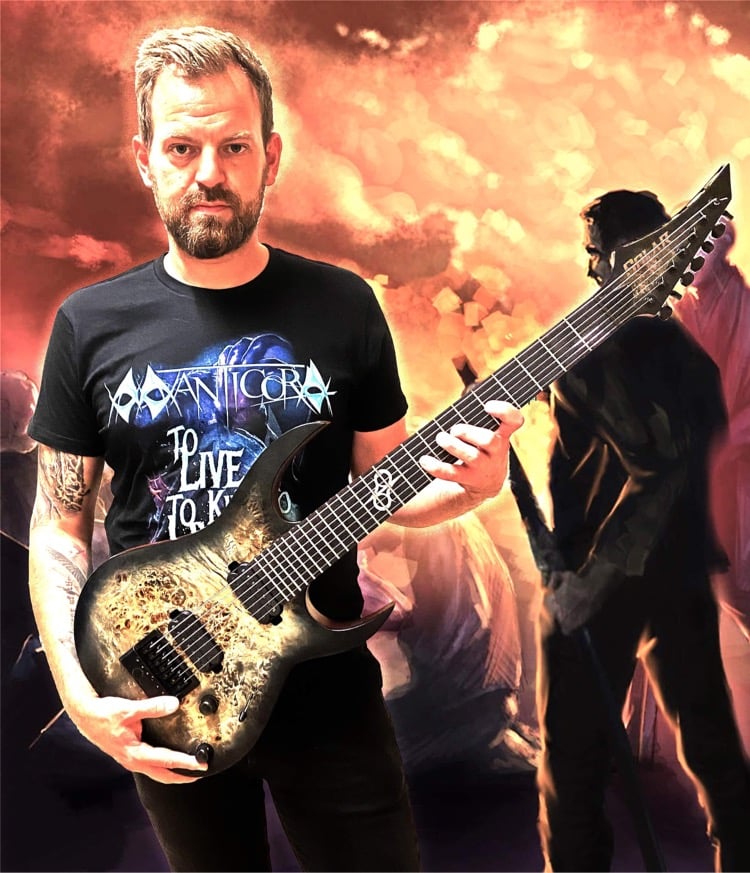 Stefan Johansson is a Danish guitarist from the Danish prog-power metal band Manticora.  Stefan is a part of both writing the music and leads for the band.  He is best known for his shredding skills and for creating the prog-power melodies in his solos.  Having listened to prog metal from an early age, Stefan is very influenced by musicians such as John Petrucci, Jeff Loomis, Michael Romeo and Malmsteen.

Manticora was formed in 1997 by Lars Larsen (vocals), Kristian Larsen (guitars) and Mads Volf (drums). They started out as a heavy thrash band before their transition to a more progressive, power metal blend. The band have always had the heavier elements of their roots intertwined into their signature sound.  This has made the band a powerhouse in the world of metal. Stefan Johansson appeared as a session musician on Manticora’s tour with Angra on their 2005 tour. In 2012 Stefan Johansson joined forces with Manticora as a fulltime member.

In August 2018, Manticora released their most ambitious work to date, their first album of two from a grandiose concept based on a book written by the lead singer Lars F. Larsen.  Their 8th full length album and the first of this concept is called ”To Kill To Live To Kill”. In August 2020, Manticora released the second album “ To Live To Kill To Live”. Both albums was produced by Jacob Hansen to secure an aggressive and modern sound. The latest album TLTKTL has been received very well by fans and media around the world and has been mentioned as one of the best metal albums in 2020 so far.

The Solar S.1.7PB is a fantastic and absolutely brutal instrument that is very versatile. It sounds and feels great both for rhythm and shredding.