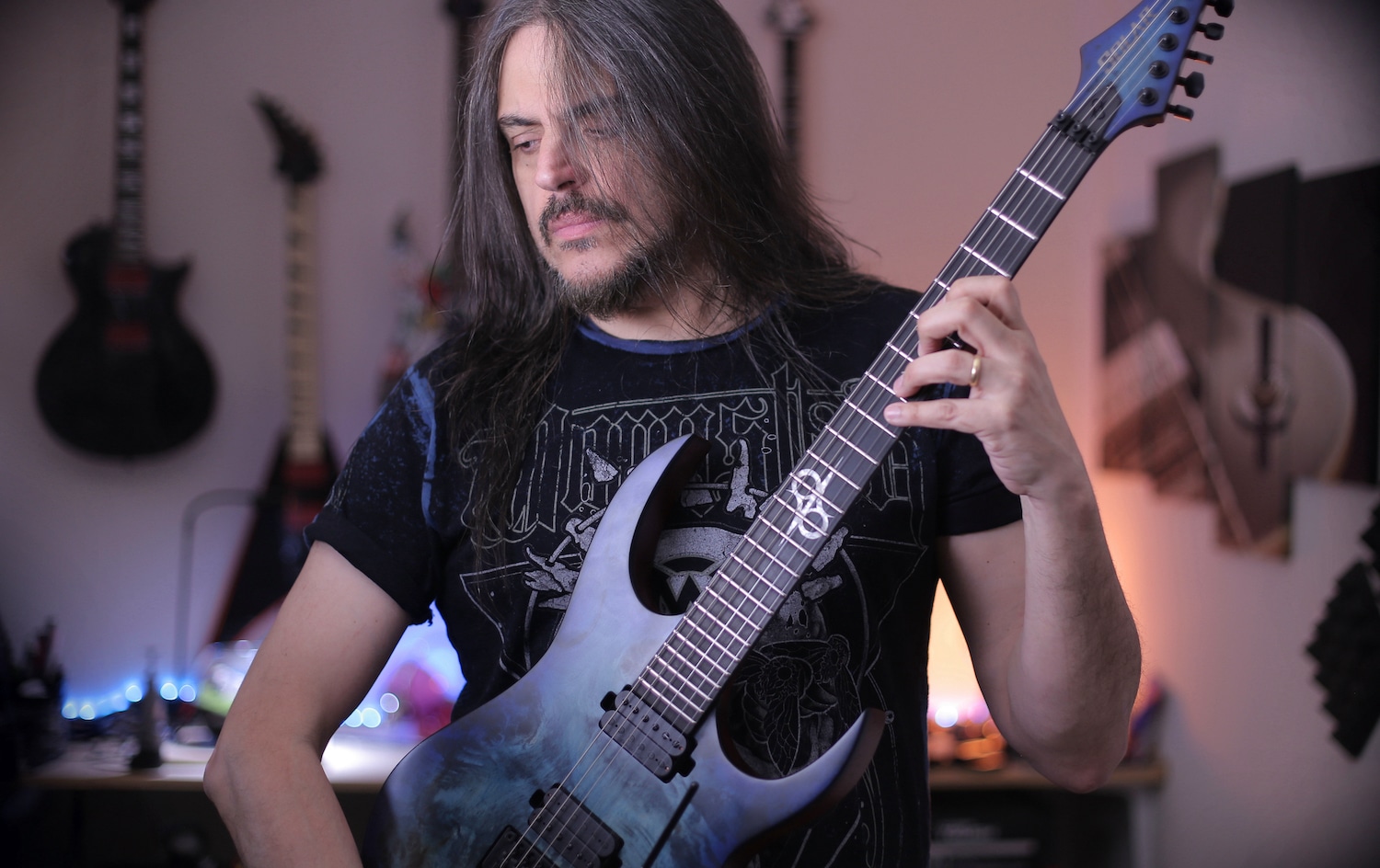 Silas Fernandes is a Brazilian metal/shred guitarist based in the USA.

During his 30 year career, Silas had the opportunity to develop his skills through various opportunities, including positions as a guitar instructor IG&T (Guitar Institute of Technology Brazil), producer, business consultant, and finally as a guitarist who has worked with many names on the Brazilian Music business.

He began in music as a teenager, playing in the heavy metal band of the legendary “metal” scene in the ABC region in São Paulo in a band named Esfinge along with Andreas Kisser who would later become the guitarist for Sepultura.

Immersed in records with names like Metallica, Steve Vai, and Judas Priest, Silas mastered the shredding techniques beyond the necessary aggressiveness that characterizes the heavy sound.

He began his career releasing instructional videos and teaching.

As a producer, Silas always kept up to date with the styles of bands and tricks involving music production by working as a “guitar tech” for renowned artists in Brazil. He wrote The Book “Set up” that later became a course in EM&T (School of music and technology). He is also the official clinician for Nux pedals.

He kept his solo career in workshops and clinics throughout Brazil, parallel to his work as a music producer.

In 2013, Território da Música site invited Silas to co-produce and present the YouTube Show “Setup On Fire”, which shows an expert of the technological content related to electric guitar equipment and music production tips.

In 2015 Silas moved to Virginia in the US from where he delivers every Thursday his own and successful YouTube show called Rig on Fire. Now with more than 75.000 followers, not bad for a Youtuber that starts in  October 2014.
After arrive in US, Silas started a very nice partnership with EMG pickups that started to sponser him. Check it out his videos at EMGtv:

In June 2018 was released his latest album IMPROVE. Folowing with a big clinic tour tour in Brazil, to promote the album.