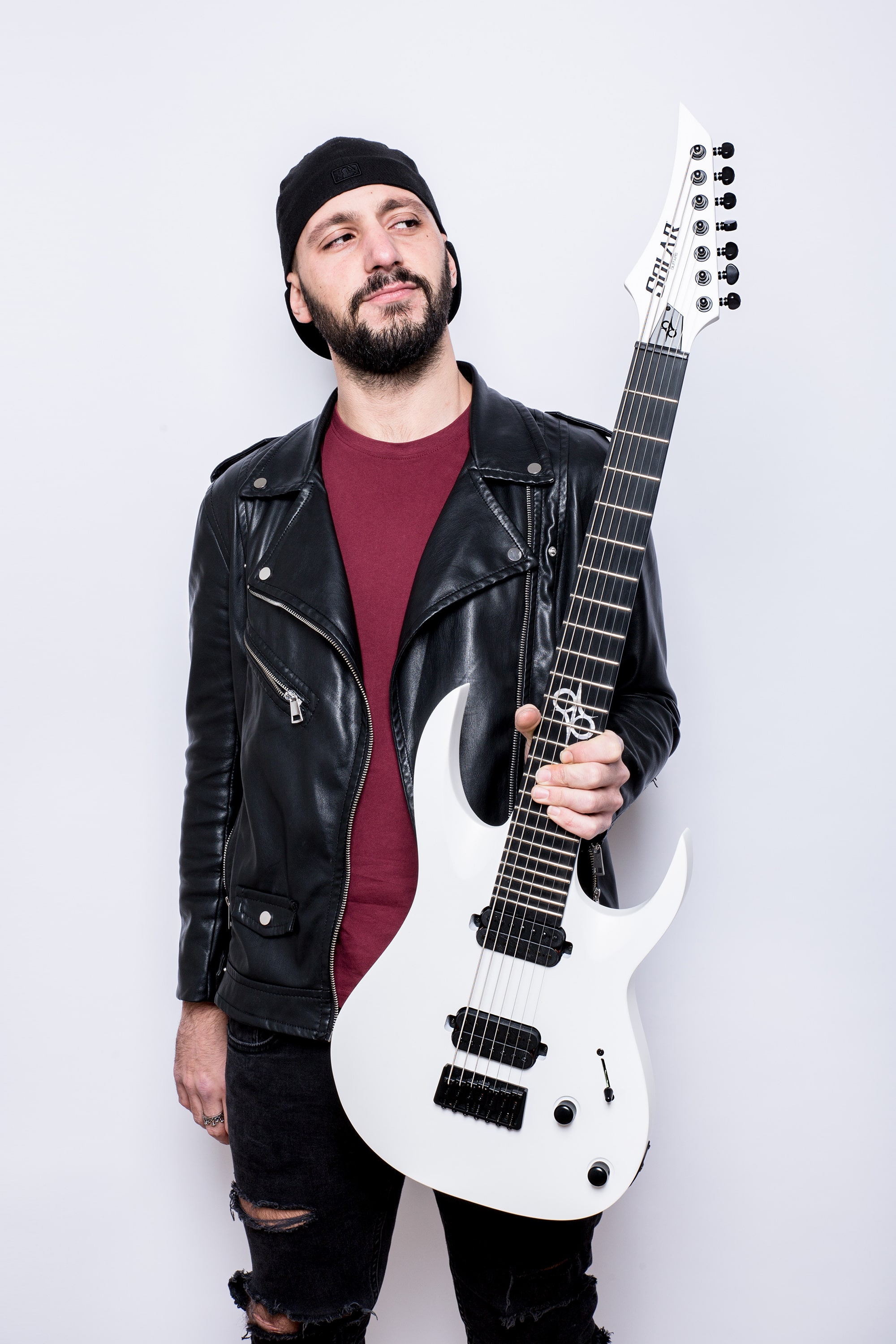 Sebastiano Ciccalè was born in 1989 in Sant’Elpidio a Mare(FM), a town located in central Italy.
In 2007 he began his guitar studies attending the course of Maestro Marco Vitali at the “Universo Musica” school. He specialized in the study of the Heavy Metal guitar also attending the courses of Olaf Thorsen (Vision Divine-Labirinth), Guido Campiglio and Darius Daray Brzozowky (Dimmu Borgir).
In 2009 he joined the Jackstraw, a local Thrash Metal band where he recorded the “False Smile” EP in 2012. During the same year he participated as Session Man in the Greek tour of the Ibridoma.
In 2013 he officially joined the Ibridoma, participates in the European tor Almah and Secret Sphere, is an integral part of the composition of the album “Goodbye Nation” released in May 2014. During the years 2014/15 supports a series of dates promotion of the GN album both in Italy and abroad, as in Czech Republic, Ukraine and Russia.
In July 2015 the recordings of the consecutive album “December”, which will be released in January 2016, will end with subsequent promotion dates in Italy and abroad.
In 2015 he formed a new band called “Time For Vultures” where in May 2017 he released the first album titled “I”. Now with TFV he is engaged in various concerts for the promotion of the album, while the composition of their second work has begun.
During the years 2016/17 he contributed to the composizine and to the recording of the last album of the Ibridoma, called “City of Ruin” which will be released in July 2018.