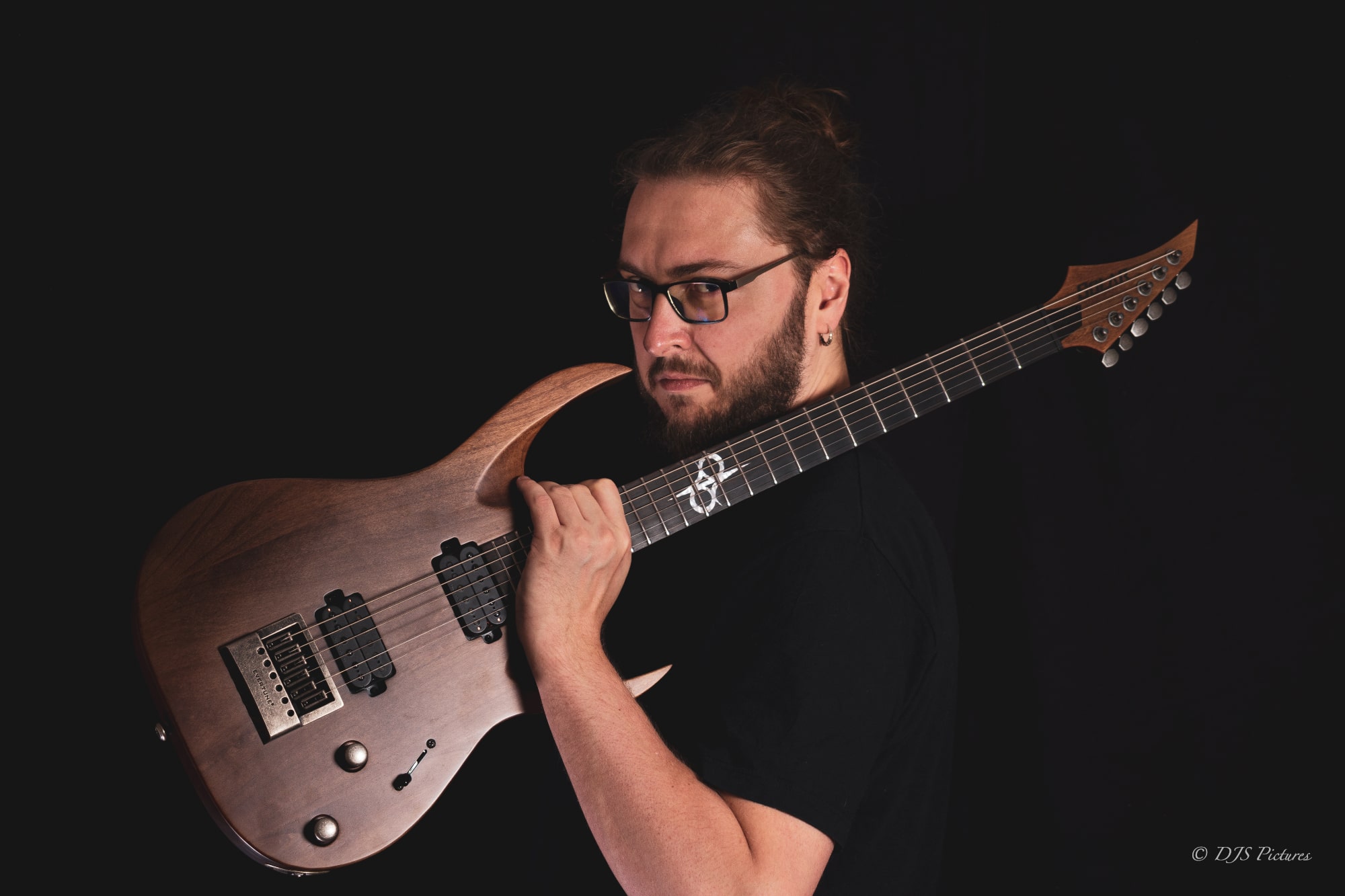 Sebastian started playing the guitar at the age of 15 and was always rooted in pagan metal music. He joined a couple of local bands around his hometown and so gained his first experience with playing live and working in the studio.

He joined Thrudvangar in 2014 and filled the position of the rhythm guitar player. Since then he played some important festivals like the Dark Troll Festival, Heathen Rock Festival, Wolfszeit Festival und Ragnarök Festival and several more, besides many smaller club shows.

Thrudvangar is a viking metal band hailing from Germany. Their music is influenced by death and black metal music and combines the rough guitar sound of the formentioned genres with melodic melodies that are the trademark of viking metal itself. Since their 5th album ‘Tiwaz’, released in 2013, Thrudvangar faced some lineup changes and with this some changes in their style of songwriting. In 2020 Thrudvangar will be back with their new album ‘Vegvisir’ released by Trollzorn Records.

Sebastian found the sound he was always looking for in his new A1.6D-27 LTD baritone guitar and is eager to take the sound of Thrudvangar to new levels on records to come.

A good metal song? It’s all about the riff … and the guitar it’s played with!