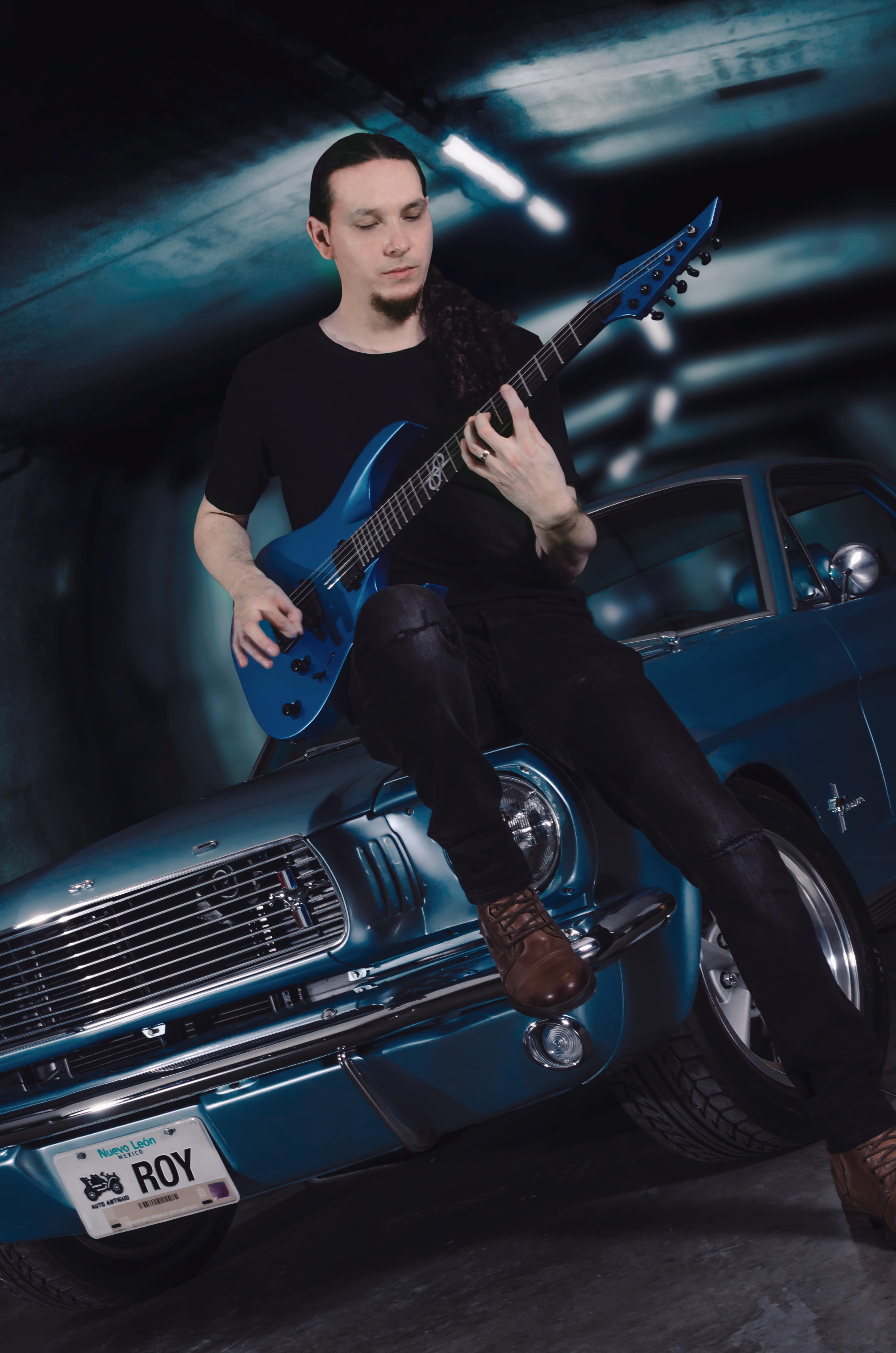 Roy Cantú is a Mexican guitar player, and music producer with a bachelor degree in music and composition. He is the founder, lead guitar and one of the composers of the Mexican band MUTUM.

He is passionate about metal, cinematic and orchestral music. In his career as a composer he’s had the opportunity to take master classes with: Donald Buchla, Phillip Grange, Emil Awad, Julio Estrada, Emmanuel Nunes and most recently with Christopher Young composer of “Spiderman” the movie, and Blake Neely, composer of the “Super Girl” and “Arrow” series.
He took Marc Jovani’s course of Symphonic Orchestration and took the “Cinematic Music” course with the composer and orchestrator Arn Anderson.

As a Musical Producer he has collaborated with major international and national producers such as Gordon Groothedde (Netherlands), Simone Mularoni (Italy), Felipe Souza (Mexico) and Jake Carmona (Mexico). And as a guitar player , he has toured with many artists all over Mexico and the United States.

Mutum, his Symphonic Metal Project, has performed at national festivals such as the Monterrey Metal Fest, International Forum of Cultures, Force Fest, North Side, Madness Fest, etc, and he has shared stage with international bands such as Mägo de Oz, Haggard, After Forever, Tristania, Lacuna Coil, Xandria, The Gathering, among others. Their video “The Memories: Gloria Victis”, won the price of the best Metal video of the year in Telehit’s “Heavy Hits” program. And “Premonitions of War”, one of their albums, has been awarded as the best Mexican Symphonic Metal album by the Kalani Awards.

If there’s a will, there’s a way. But it’s only through actions that it becomes real.