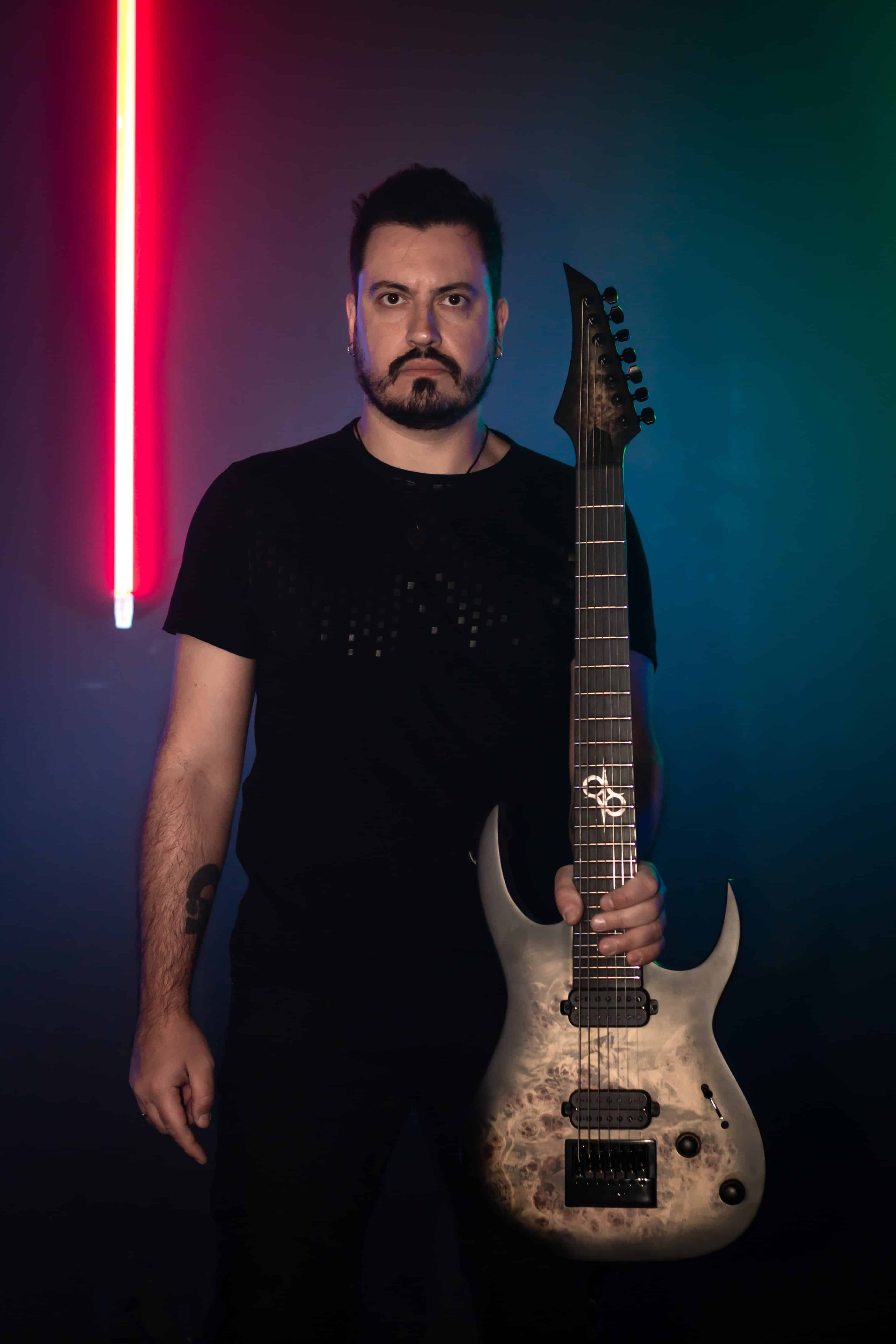 He began in music as a teenager, 14 years old, playing in a local underground grunge band in school’s “rock scene” in the region of Porto Alegre/RS, the band was called “No Association”. In early 2000’s he founded “9’dry”, an underground new metal band that performed in many underground venues in his hometown. And then there was a gap…

Rodrigo had been standing still for about 15 years without playing guitar until he joined Neuro Ruptura in January 2019. This fact contributed a lot to the band’s new compositions, because deep in his unconscious there were still fragments of riffs and pieces of songs not performed in his past that came to life in the process of composing the new album “[IN]CONSTANTE”. It’s like he had a time capsule that was buried for years and was opened especially for the creation process of the album. Bringing the pure essence of new metal at its peak in the early 2000’s with modern metal experimentation from nowadays.

“[IN]CONSTANTE” is the second studio album and is the pinnacle of the band’s musical journey – it epitomizes everything they’ve done and undertaken musically for 20 years. For them, this album is as close to the heart and soul of each of them as possible.

A work with ambiance of heavy chords in total harmony with vocals and the unparalleled power of the bass. Even in their quest to escape labels, the band Neuro Ruptura has in its roots the New Metal (Nu Metal), with solid foundations in the Modern Metal characteristic of the underground scene in Brazil and the world.