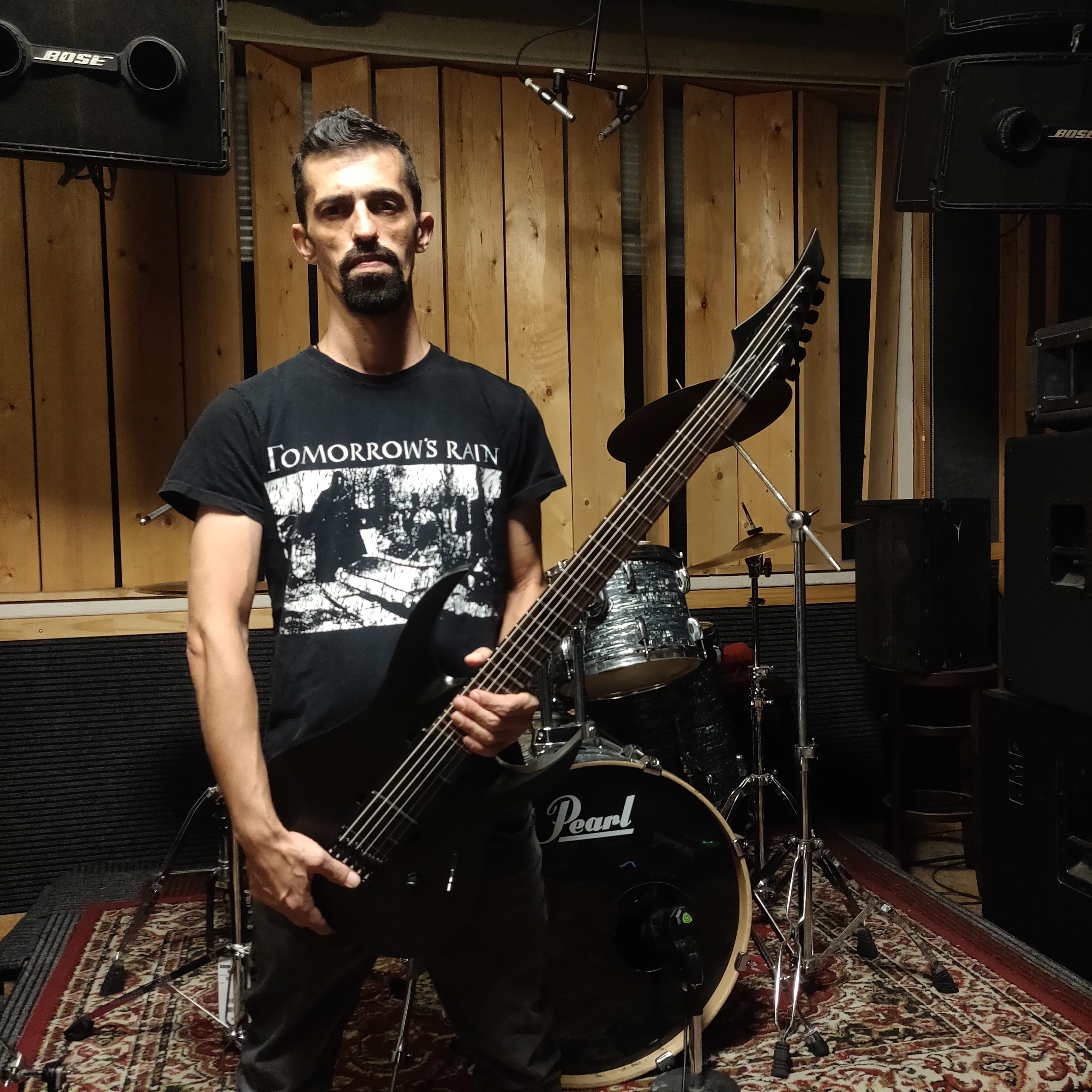 Raffael Mor is a guitar player, composer and songwriter of  TOMORROW’S RAIN, a doom/death/gothic/dark metal act and DISTORTED, a melodic death with mediterrenian influences.

Born in 1978 and  active since 1996, writing and composing music for the Israeli Doom/Death band DISTORTED, resulting in an EP in early 2000, followed by Studio album “Memorial”(2006) under Bad Reputation Records, and later on  “Voices From Within (2008) via Candlelight Records. DISTORTED was an opening acts for the Israeli shows of” SWALLOW THE SUN, EPICA, ABORTED, DRACONIAN , ORPHANED LAND.

Nowadays TOMORROW’S RAIN are working on their 2nd studio album.

.Make Music any way you can,  exactly how YOU want it to be, don’t be afraid to create.