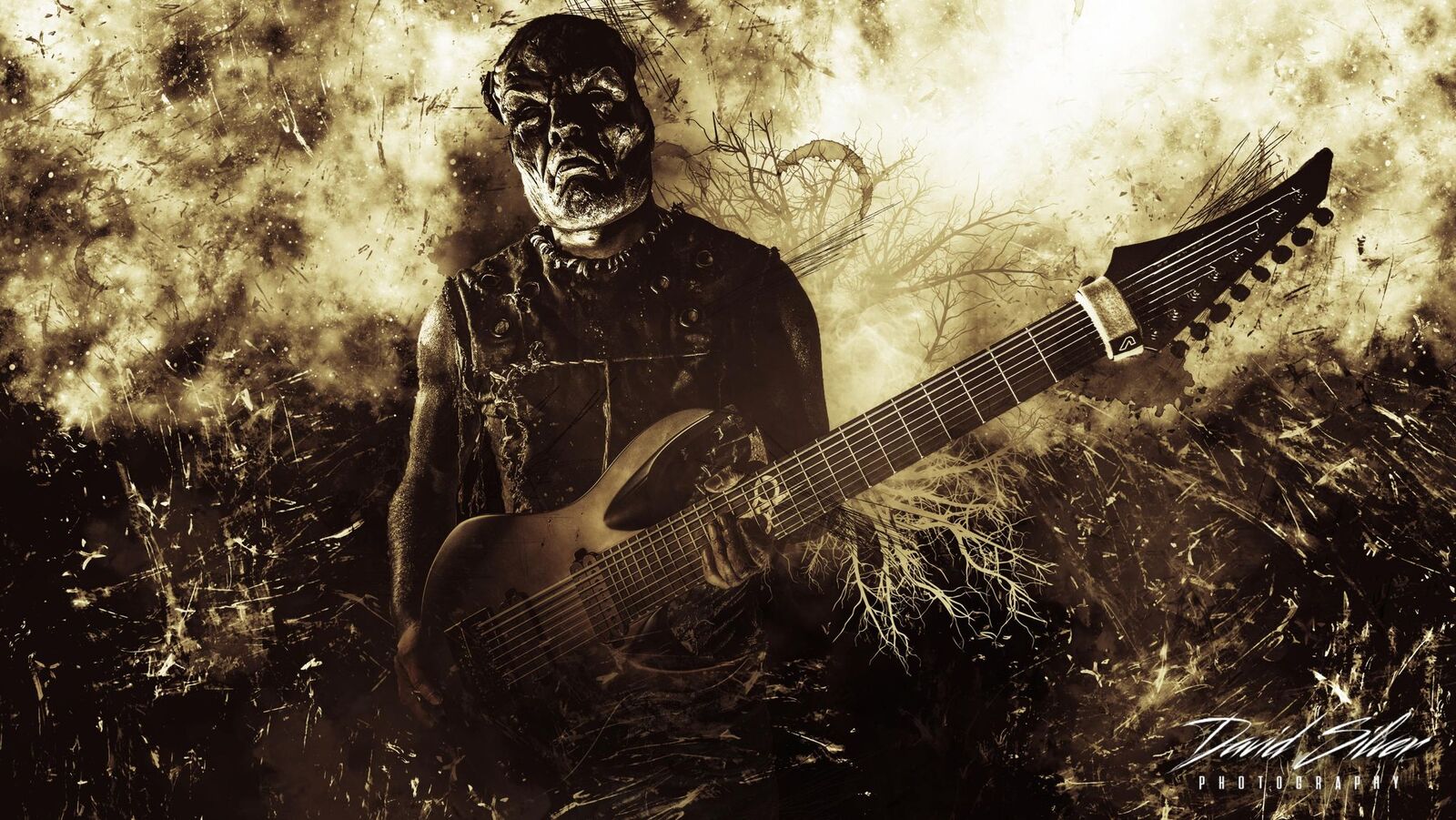 Quinton is a self-taught guitarist with almost 25 years of playing experience. By the time he was 21 years old Quinton had gathered notable touring experience under his belt, having played on bills alongside bands such as Testament, Evile, Sikth, Stampin Ground, Akercocke, Skindred and The Haunted to name a few.

After a long hiatus from music and the metal scene, Quinton eventually rediscovered his love for guitar and is now one of the lead guitarists in UK metal 8 string specialists Red Method. He wears a mask onstage as this fits his form of expression when he plays live.

Since joining Red Method – the band have exploded on the metal scene in the UK. They have achieved a following by releasing multiple videos and singles throughout 2019.

They have had amazing press coverage via publications such as Metal Hammer and Kerrang.

2019 had also seen the band take the leap on to the international scene with a successful tour among rabid fans in Spain with 5 dates culminating in a whirlwind performance at Madkhora Fest 2019 in Vigo..

On February the 28th 2020 Red Method finally released their long awaited debut “For The Sick” with debut video “Ideology of The Sick” currently receiving rave reviews. With a busy touring schedule planned for the year – there is nothing stopping Red Method from delivering their no nonsense aggressive metal to a bigger audience.

Listen to For The Sick here:

Watch Ideology of The Sick here:

As a guitarist, Quinton is focused on the re launch of his guitar channel “Quinton’s Guitar Corner” with a view to provide content that is related to product demos, lessons and concepts and covers. He aims to communicate with other guitarists throughout the world in a bid to learn and further improve his craft.

Been spending quarantine time in the woodshed on my @solarguitars a1.8c. I figured that cos I have the 8 I may as well give @dreamtheaterofficial This Dying Soul’s unison lead a go. There is still a lot of work to do on this and at some point I‘ll do a proper cover when I can play the solo before into this bit. @johnpetrucciofficial is a maniac! My hands are over. Love my @solarguitars and @evertune . @jimdunlopusa @seymourduncanpickups @dreamtheaterofficial #shred #dreamtheater #johnpetrucci #thisdyingsoul #8string #shred #practise #metronome #riffwars @riffwars @olaenglund #solarguitars #olaenglund #solarpickups

I love this guitar – The A1.8c by @solarguitars is the best all round 8 string I’ve ever played. I want another one!!. Here’s some sloppy lead but fuck it me don’t care #kemper #solarguitars #shred #seymourduncan #shred #ernieball #musician #shredder #profile #evh #5150 #riff #live #warts

Just having a bit of fun. Saw @paulgilbert_official do 3 notes. I give you two notes on a @solarguitars 8 string. It’s a good little warm up and forces you to find the note #solar #guitars #8string #silly #paulgilbert #guitar #lead #threenotes #twonotes @olaenglund

I’ve never ever taken a chance in just ordering a guitar online based on the spec’s without trying them out. This was the only guitar where I’ve ever taken that chance. Straight out the box – the guitar looks killer, was perfectly in tune having been travelling for 3 days in a freezing truck and the Seymour Duncan Solar’s are perfect for my right hand in terms of dynamics, tightness and output. I have not had to tune the guitar since rehearsals and shows and I look forward to recording the next Red Method release with this beast. The best value for money 8 string guitar I have ever played – period!