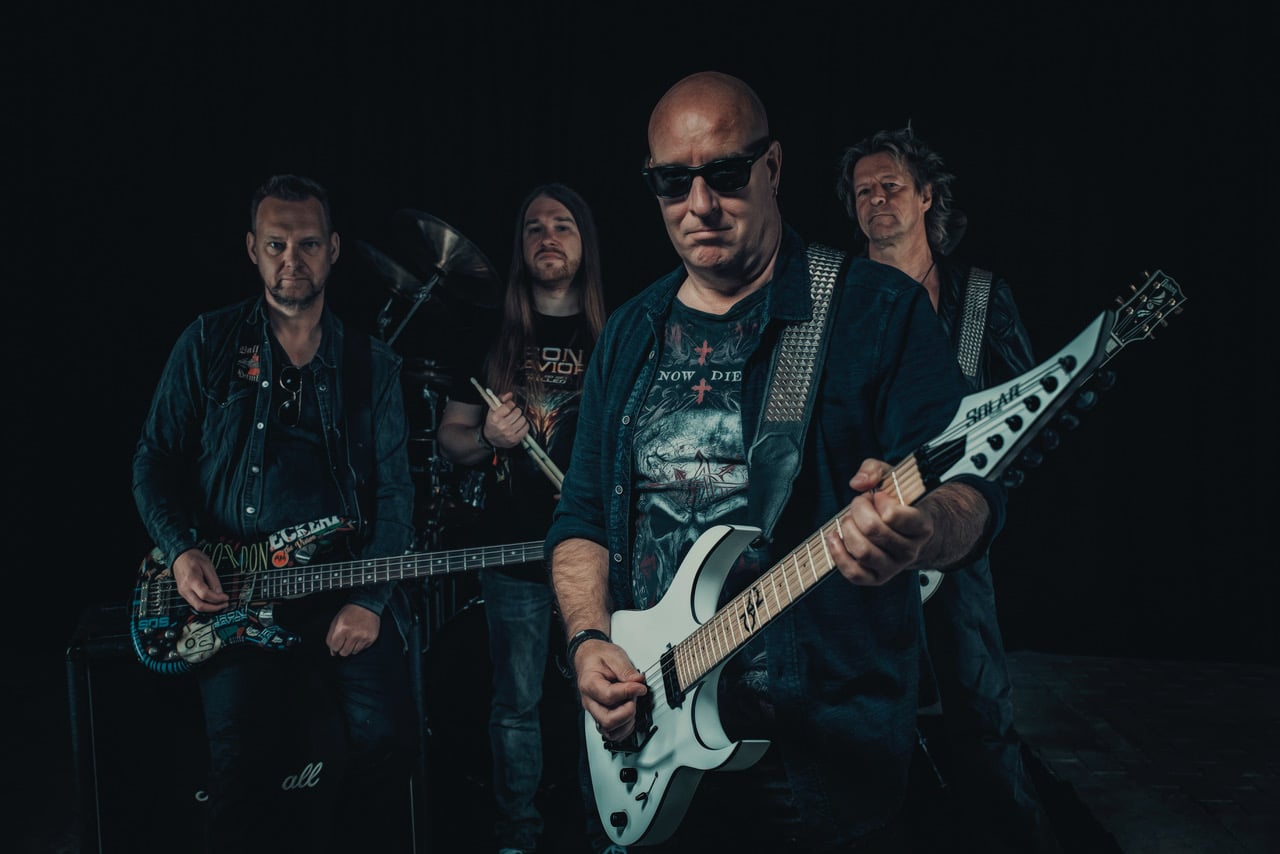 Piet Sielck is a well known guitarist and vocalist within the German and worldwide Metal scene. Together with Kai Hansen, Ingo Schwichtenberg and Marcus Großkopf he started out playing guitar and singing in the pre-HELLOWEEN bands GENTRY, SECOND HELL and IRON FIST. Though he never played in HELLOWEEN he did contribute a lot of material for their first records. While Kai, Ingo and Marcus were heading the rockt star way, Piet started his professional career as a sound engineer and producer where he worked with bands like SAXON, BLIND GUARDIAN, URIAH HEPP, GRAVE DIGGER and of course GAMMA RAY. In 1995 he relaunched his career as a musician and started his own band IRON SAVIOR. Though he started the band with his buddy Kai Hansen who left after 3 albums, it has always been Piet who wrote and produced almost the entire material in his Hamburg based powerhouse recording studio. Ever since IRON SAVIOR has been releasing continuously high class metal albums sworn to the rule „no fillers just killers“. In 2004 Piet formed the german-swedish band SAVAGE CIRCUS in which he again contributed most of the songwriting and took over the entire production. After 2 successful albums he left the band in 2010 to focus on IRON SAVIOR only and the band recorded their amazing album „The Landing“ which features the most successful song up to date HEAVY METAL NEVER DIES. With over 8 million streams only on Spotify these guys seem to do something right. All following albums went to the charts and the IRON SAVIOR keeps on rising. The latest album „Skycrest“ is the most successful album already only a few weeks after the release on December 4th 2020.