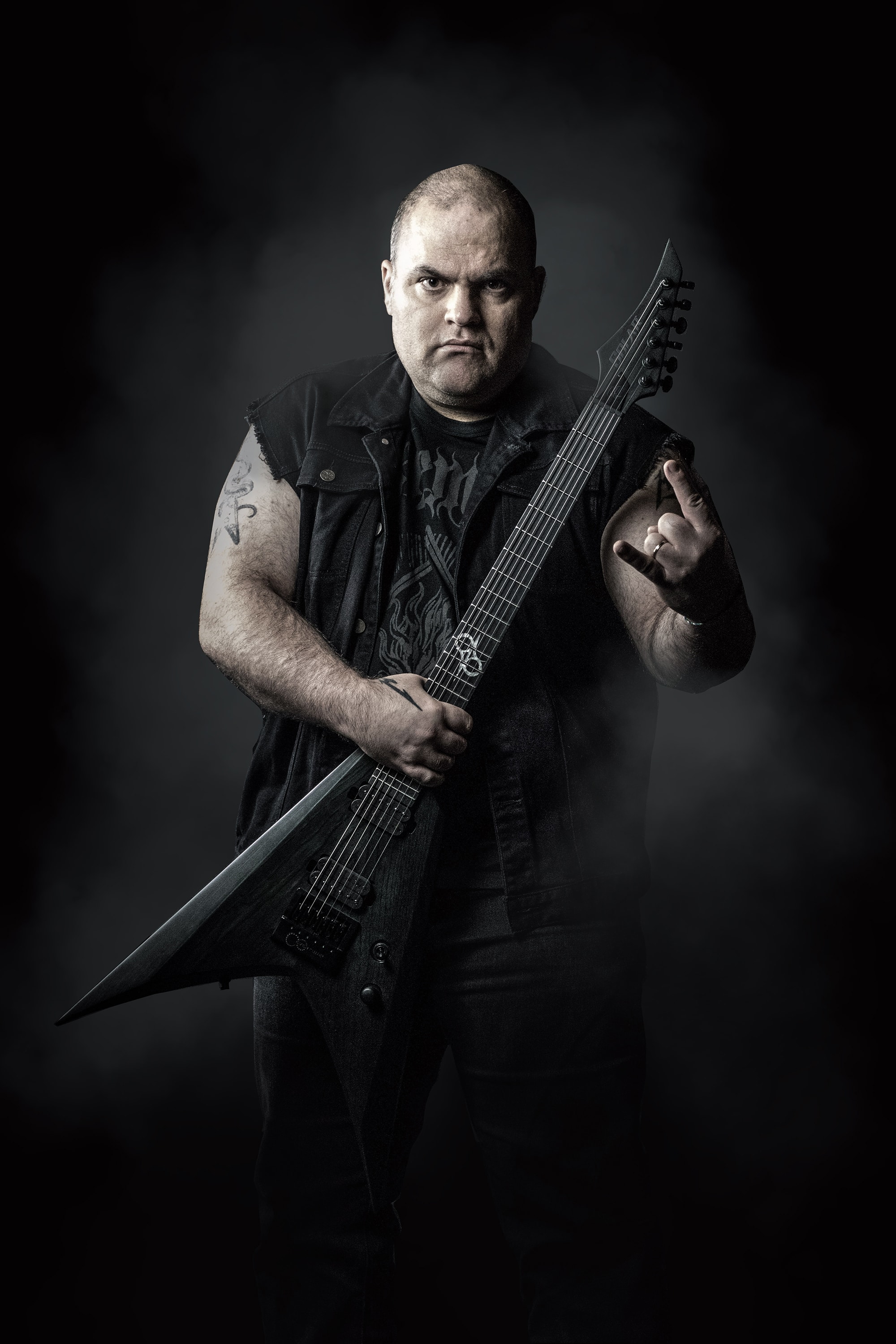 He’s a french musician who fell in metal in 1991 when Metallica’s “Black Album” of came out. Immediately inspired he decided to listen and learn from the entire 80’s and 90’s thrash and death metal scene. Playing guitar was a revelation and he started to learn on his own mostly influenced by James Hetfield and his down picking accuracy.

However, after years of practicing and accumulating tons of riffs and songs, he decided to create his band “KHASM” in 2015. One year later, he’s first 4 title EP “Fenris” came out. That effort was acclaimed as a perfect combination of “Old-school” vibes with modern influences of thrash, death and hardcore band such Feared, Hatebreed or Hatesphere.

The music was so impressive that Per Nilsson (Scar Symmetry) agreed to play an awesome solo on the song “Nightwatch”.

All this gave the band the opportunity to open for bands such the french death-metal pioneers CRUSHER, and above all a few great international bands such EXODUS, KRISIUN, GRUESOME, DARK FUNERAL or ANAAL NATHRAKH.

As their former drummer had left to go his own way, I decided to work on the album tracks with the well-known drummer, Kevin Talley. I gave him all the liberty needed to give the songs his own inspiration coupled with his awesome playing style. The band also had the great honor to have a guest on one song, Jeff Waters of the Canadian band ANNIHILATOR , who plays one awesome guitar solo!

The album called “Trinity” was mixed & mastered by Ronnie Björnstörm at The Enhanced Audio Productions studio in Sweden. Our first full album contains 9 songs full of the tortured “Hardcore” and dark “Death-Metal” that we are known for. This is a seriously heavy, juggernaut of a sound. No compromise, no bull-shit!

We have been signed by the label SLIPTRICK RECORDS who released the album on May 15th 2018.

In December 2019 we wanted to thanks our fans for their support and we’ve released a new EP called “KHOVERED” with 4 covers of BLOODBATH, CHIMAIRA, ICED EARTH & TERRORIZER.

After 25 years of playing, the SOLAR guitars are the best I have ever had. You have such a great feeling when you have one in your hands, this is unique and their sounding so huge. A perfect metal axe!