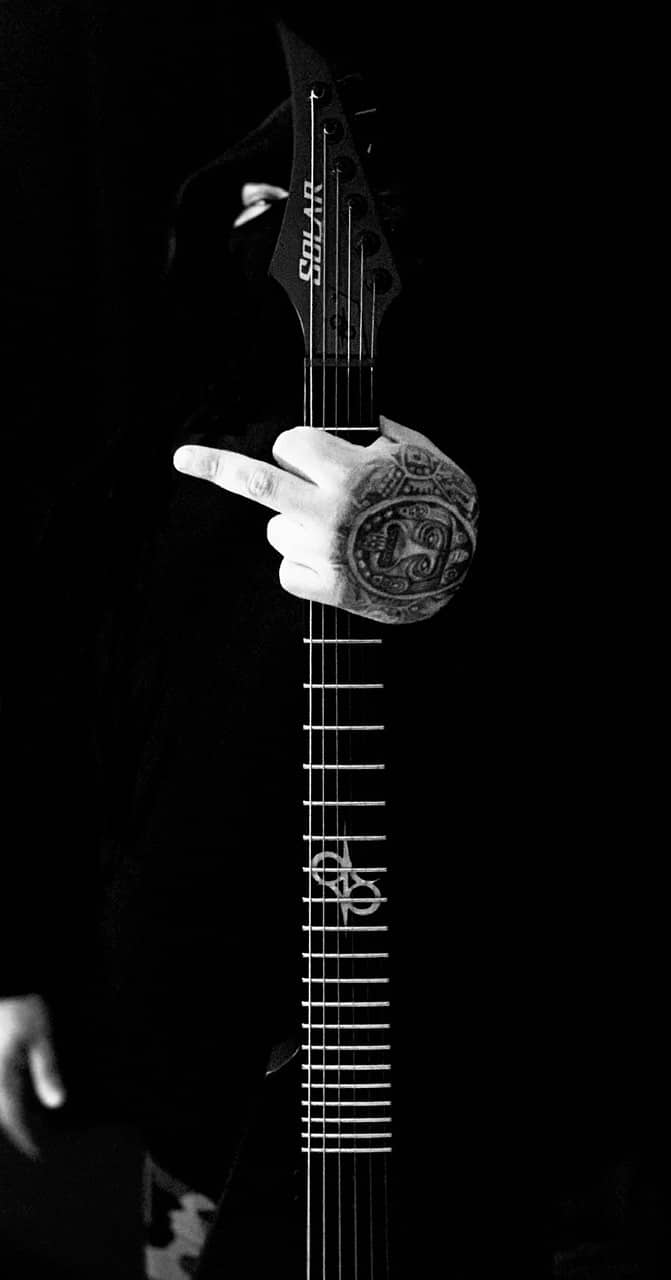 Perverse Ritaul Necromancer (P.R.N.) began playing music at the age of 13, influenced at an early age by Thrash, Death and Black metal bands such as Venom, Slayer, Sepultura, Morbid Angel, Archgoat and Dissection just to name a few. P.R.N. is the founding member of Chicagos most brutal and unrelenting bestial war ensemble Hellfire Deathcult. Since their inception in 2013 Hellfire Deathcult has released 5 albums Ave Mors (2014) Culto A La Muerte (2016) Death Worship (2017) Rites Ov Black Death (Split 2017) Black Death Terroristic Onslaught (2018). In 2020 the bands 6th studio album Mother Mortis is set to be released. Since a very young age P.R.N. has devouted his life and all that he does to la Santa Muerte (Holy Death) which has had a heavy influence on his art. Hail Death!