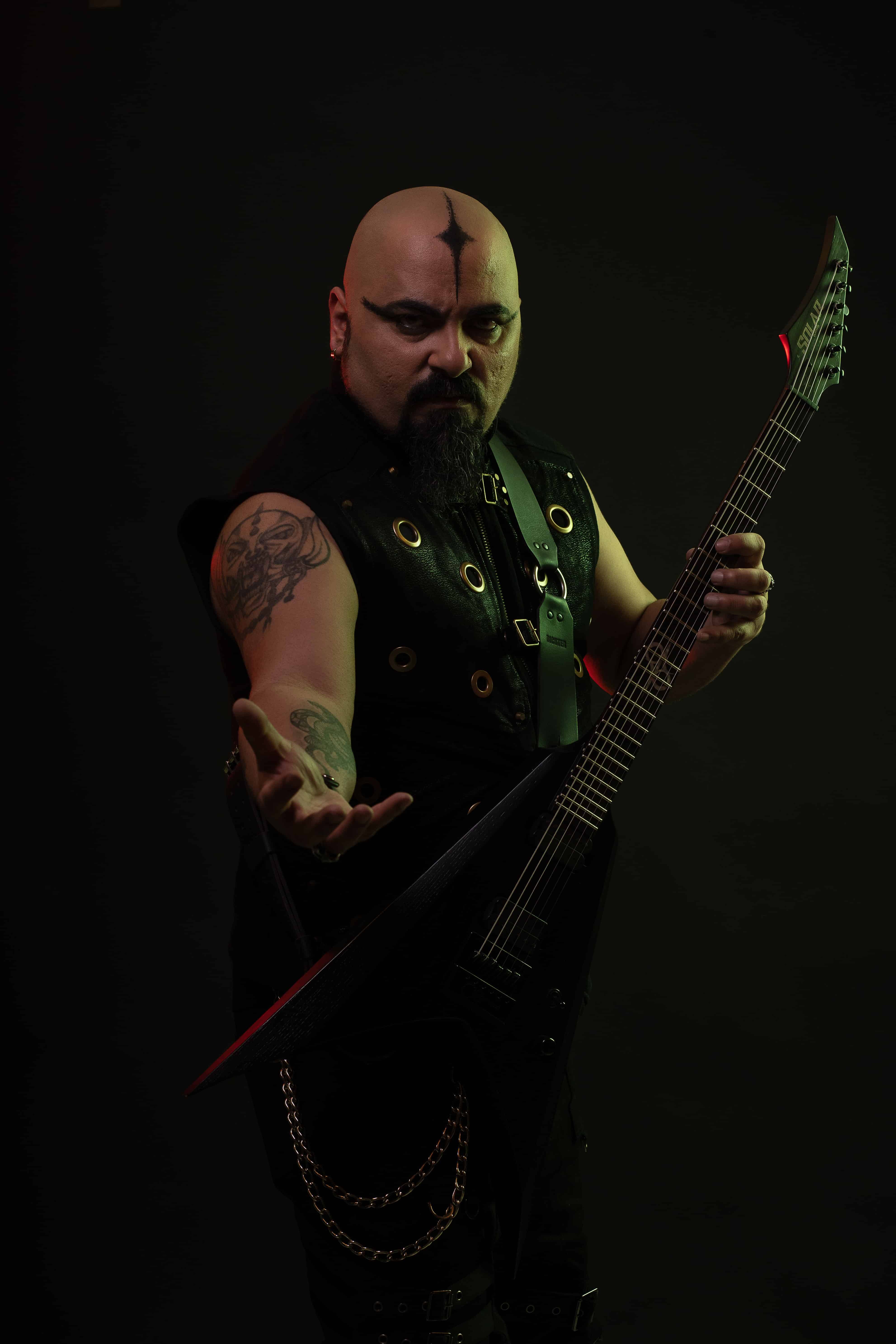 Paul Papathanasiou, was born in Athens and stared playing the electric guitar, at the age of 15. He first took some lessons with the jazz guitarist Vassilis Mpaxevanakis and after some time, with Vassilis Pierakeas and Theodore Ziras. The first band Paul played with, was the black metal band Disharmony (207-2018), with whom he released the “Messe de Minuit” EP and shortly after, he left to form his own band. Named Drama Noir, it started as a one man band, releasing the “The Forgotten Warrior” single, with the help of session members. A few months later, he released the first full length album “Princess Airam”, again with the help of session members and himself being the main composer of all the music and lyrics and recording all the guitars, the bass and the keyboards. Almost immediately, a steady lineup was found, with Nick Samios (Yngve) on drums, who also played in the single, Thanasis Nanopoulos (Peisithanatos) on bass and George (Nyctelios) on vocals. Finally with a solid and steady lineup, the band reduced its 2nd album, “A Necromancy Lore”, which was mixed, mastered and engineered by Savvas Betinis (Acid death) at S.I.A Recodrings. Drama Noir have announced the signing of a contract with the emblematic Drakkar Productions (France), regarding the bans´s upcoming second album. The album is about to be released on CD and LP format, with the LP´s mastering handled by Achilleas Kalantzis (Varathron), at Suncord Audiolab studios.

I am using Solar’s V1.6BD ARTIST LTD guitar since May of 2019 and I can honestly say, that it is one of the best guitars I have ever laid my hands on, if not THE best. I have recorded my band’s upcoming album with this guitar exclusively and I am super excited and satisfied, regarding the sound and the final result. I am very happy to be able to collaborate with a company that is solid, trustworthy and standing out in the variety of musical instrument manufacturers out there. The best are yet to come!