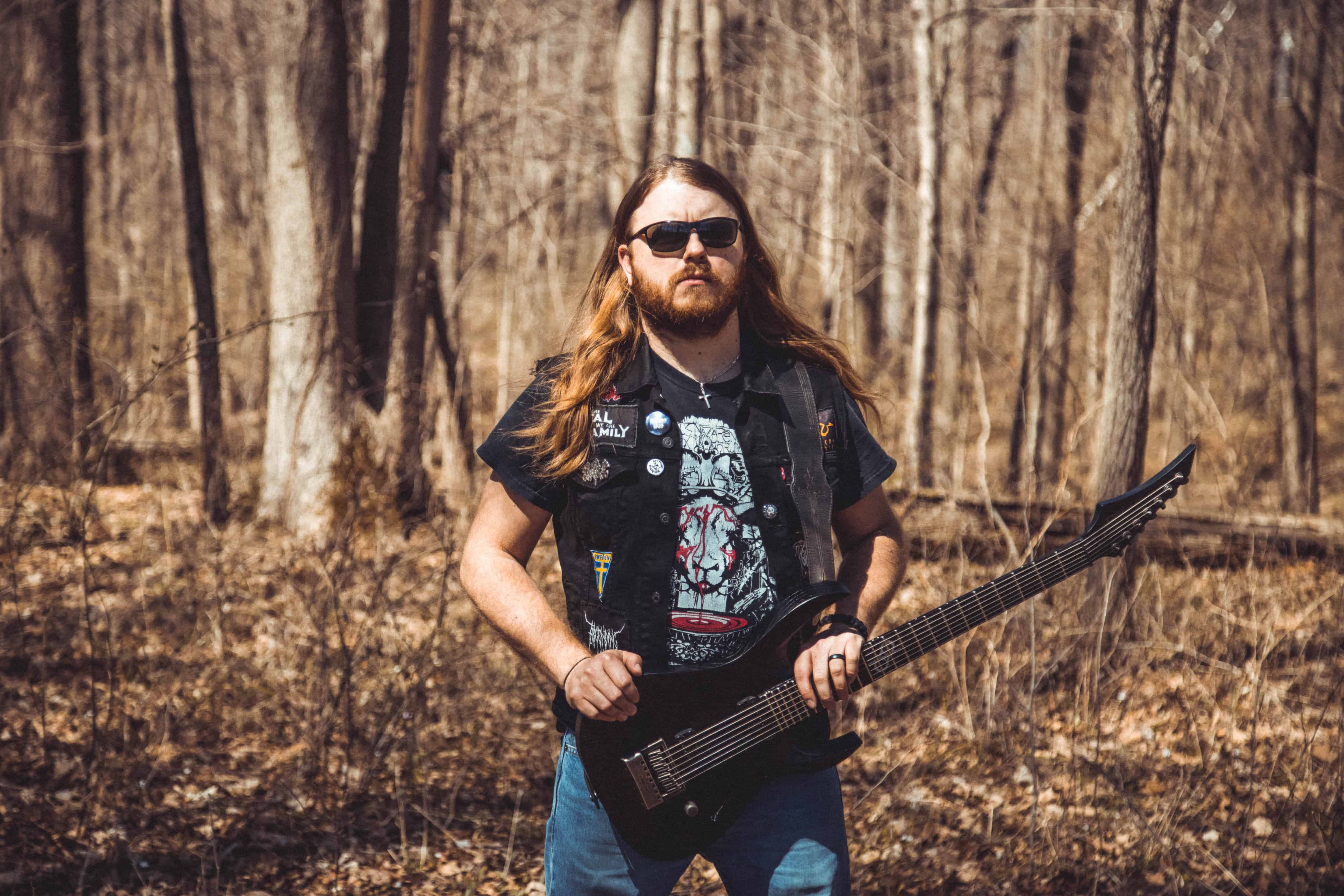 Emerging from the rusted and mud covered fields of Southern Indiana, PATHØS had a musical background from an early age. His mother, a music teacher and church worship leader, taught him a love for beautiful and powerful art from the earliest stages of his life. This naturally led him in his formative years to discover a love for Heavy Metal. From Metallica’s Black Album, to Pantera’s “Vulgar Display of Power”, he went deeper and deeper down the rabbit hole of metal, to finding the more extreme side of music with Black and Death Metal. Forming Symphony of Heaven in 2017, he embarked to express his soul through this medium of extreme audio aggression. Signed by Wisconsin’s Nosral Recordings, the band released “The Season of Death” in the fall of 2017. 2018 saw the release of “Body of Christ”, a spilt EP with Timōrātus and Bismoth. 2019 and early 2020 saw the band destroy the stage with live performances, including Illinois’s Audiofeed Music Festival, and opening for Shadow of Intent’s North American Tour. Now signed to Rottweiler Records, the band has released its first single, “You Shall Be As Gods”, from 2020’s upcoming EP “The Ascension of Extinction”.

Solar Guitars is committed to excellence in the metal genre. These instruments prove that!