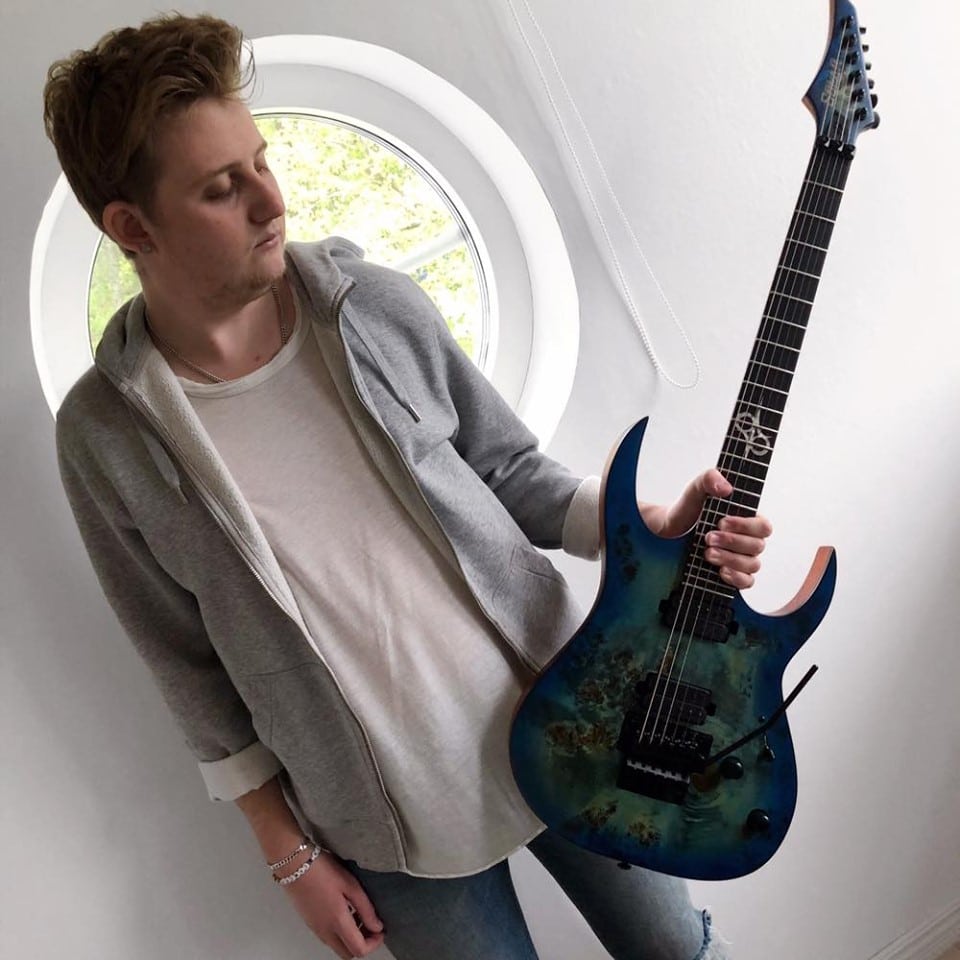 Sorbus is the one man instrumental progressive metal project of Oskar Arvidsson, a 22 year old guitarist based in Borås, Sweden.
His musical journey began at the age of 10 when he first started playing guitar and proceeded to take lessons for about a year. Learning only the very basics of guitar playing he was determined to teach himself how to play the music of his guitar heroes. This music included bands like Avenged Sevenfold, Iron Maiden, Megadeth, Dream Theater and Periphery, the latter of which introduced him to the term “djent” and all the bands that came with it.
Drawing inspiration from several bands within that scene, Haunted Shores, Plini and Intervals to name a few, Oskar Arvidsson started the Sorbus project back in early 2018.
As of February 2020 Sorbus has released the debut EP “Astounding Discoveries Pt.1” and plans to release two more EPs in 2020.
Bandcamp:
https://sorbusmusic.bandcamp.com/releases
Spotify:
https://open.spotify.com/artist/3xi9aqWgk6P2YdRnkOCELG?si=6aQSZGE8QW-2xBN5yzvHGQ
Distrokid:
https://distrokid.com/hyperfollow/sorbus/astounding-discoveries-pt-1

My Solar S1.6 is the perfect tool for the music that I am creating. All I can wish for in a guitar is in my hands.