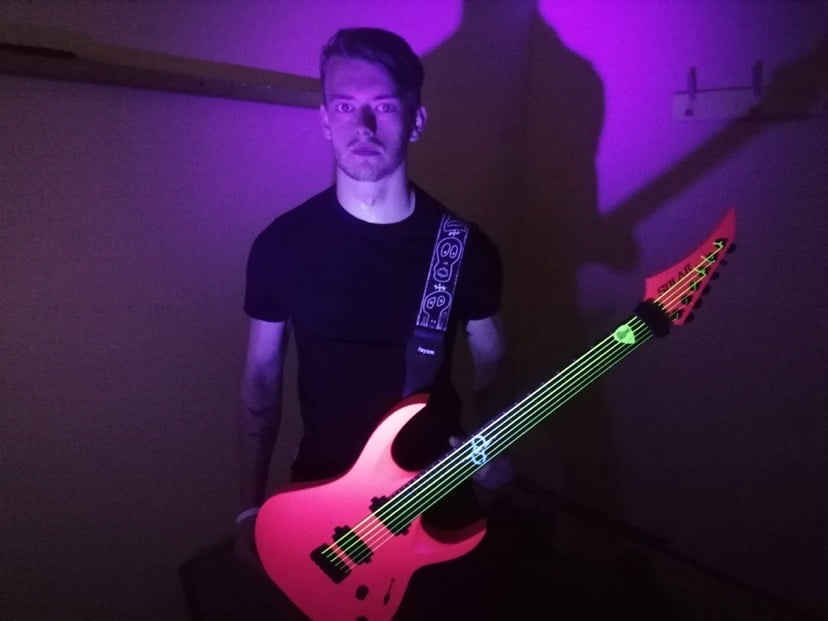 Apollo Stands formed in late 2016 with the goal to create a unique sound of modern metalcore. Using punchy riffs and atmospheric synths to take their listeners on a journey they will never forget. The band has gone through several line up changes but in 2018 Apollo Stands current lead guitar player Olly Smith would join the band, changing the dynamic by adding more heavy riffs and soaring guitar solos that take your breath away. When it came to Apollo Stands 2021 release “Interstellar” Olly wanted to try a new look for the band during live shows which meant finding the right guitars to play. He wanted to keep a clean black look on stage but spice it up by using neon colored instruments and effects. This is where he found Solar Guitars and quickly got attached to the A2.7LN and A2.6PN which he later purchased and has been using for live shows ever since. With the recent endorsement the band has received from DRStrings, Olly has strung his A2’s with glow in the dark yellow strings to bring out the theme of the band and add to live performances. As of current the band are working on their next record and olly will continue to play Solar Guitars for live performances into the future.