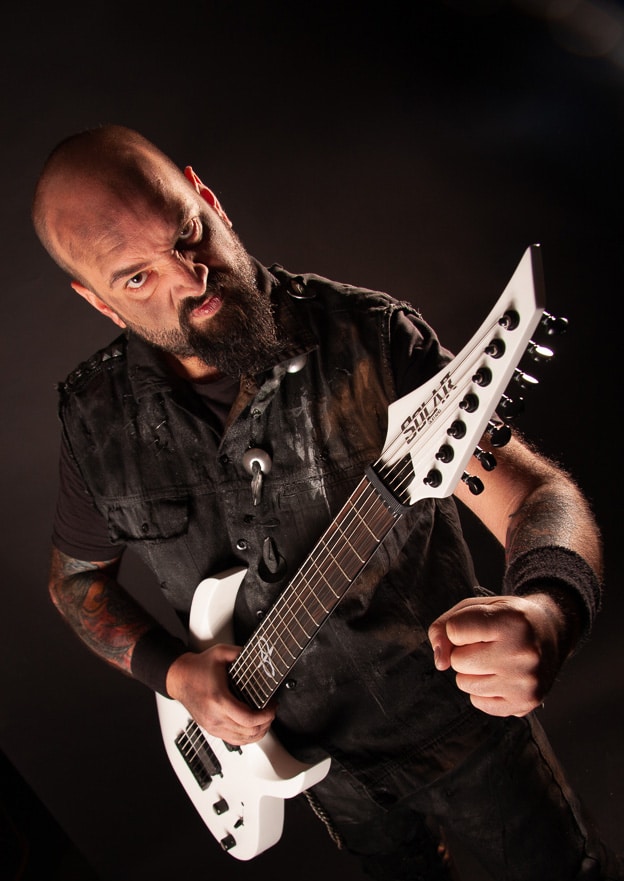 Oier Calvo is one of the guitarists of Orion Child metal band, band created with Santi Herrera in 2000. Oier is also a member of “Incursed” (Folk Metal band). He has been playing the guitar since he was about fifteen years old, and he has been influenced by metal genres like power metal, technical death metal and black metal.

Orion Child is a band which plays Power Metal genre with Death/Black metal influences. Early in 2019 the band released its 3rd studio album named “Continuum Fracture”, nowadays the band is touring around Spain.

The Solar A2.7 guitar has an amazing thick and bulky sound, something that I like for our style. I also appreciate how comfortable it is to play; the design of the neck is really good too. And I have no words to describe the pickups, may be one word, brutal.