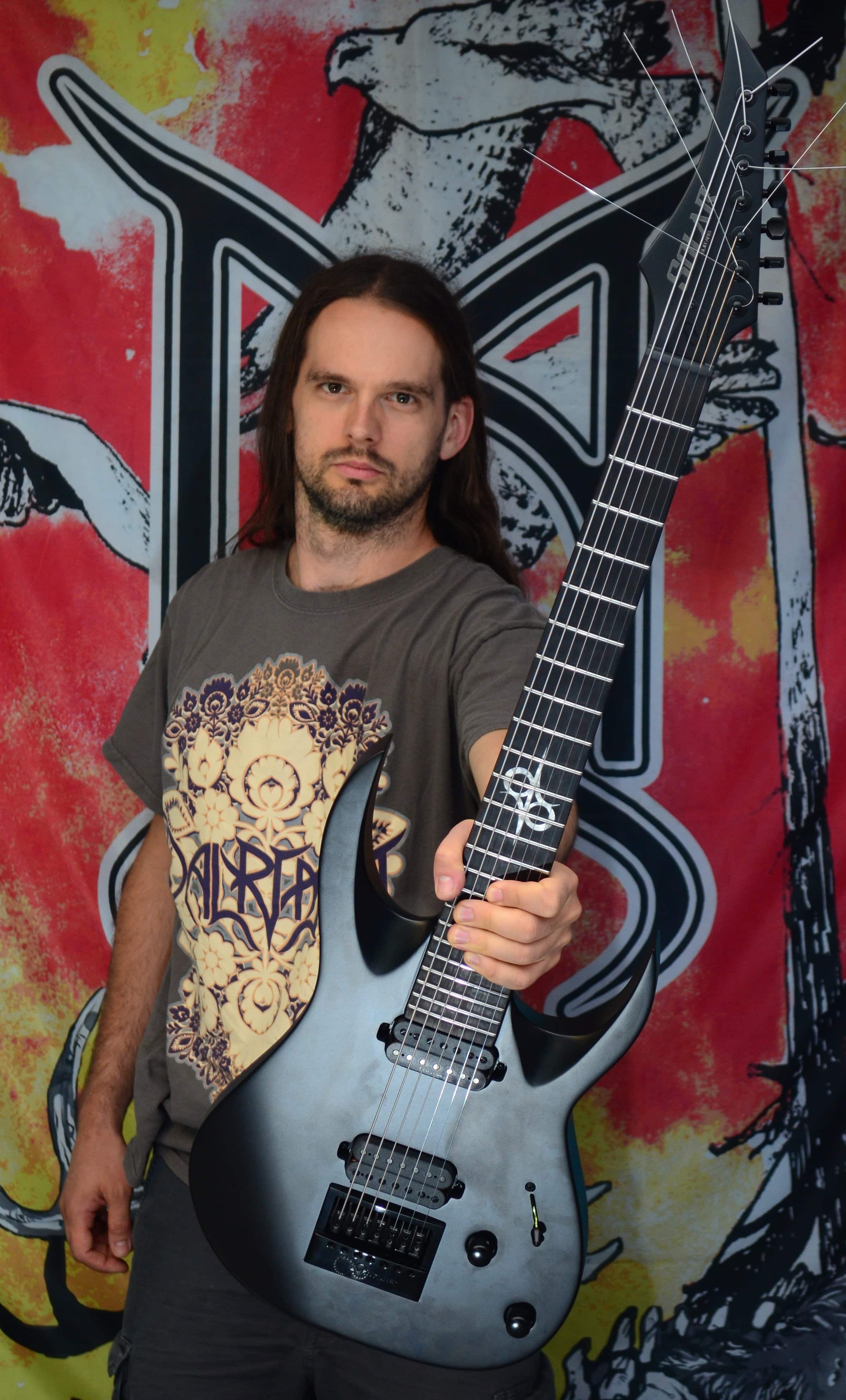 He was 14 years old when he first heard the band playing. He was inspired by their music, so he became a fan, following and supporting them everywhere.

Together with a friend, Matyas designed the band’s first webpage, helped with the release of the demo album and much more. During that time, he practiced playing the guitar. In 2006, the guitarist left the band and he was asked to join. The decision was a no-brainer: he was stoked to join Dalriada.

Matyi and Dalriada have been playing together ever since. The band’s sound has been one of their hallmarks since they adopted Solar guitars.