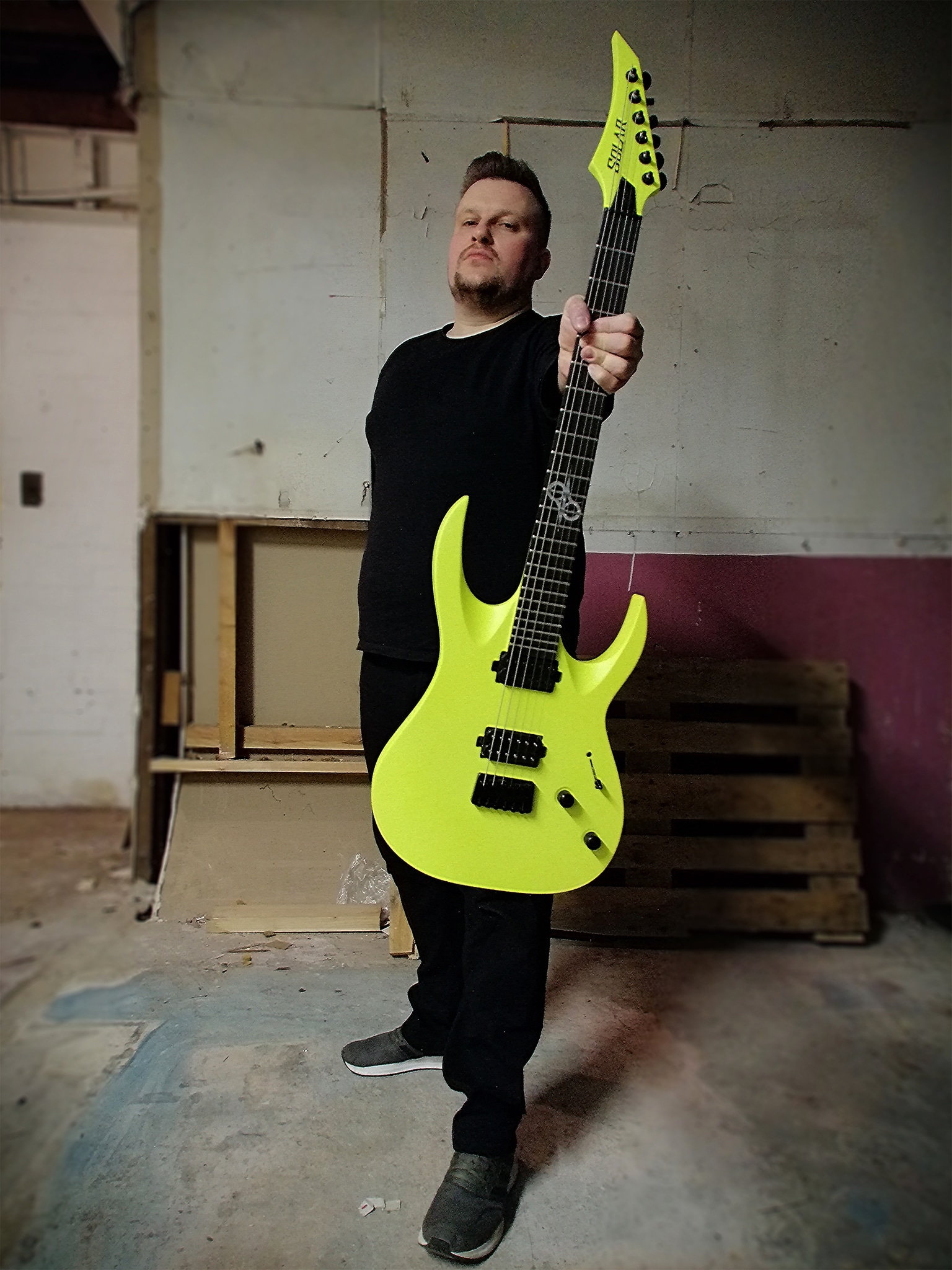 Nate Worrall is the rhythm guitarist of Lost Within. Originating from Kingston Upon Hull, UK. Lost Within were formed in 2015. In 2017 they released their debut EP “Silence In Motion” and in 2018 the EP “Tempus” of which was well receieved. Their sound has been described as a mix of early 2000s Metalcore with “Lamb Of God” style vocals. The band are preparing to record their debut album, which is scheduled for a late 2020/ early 2021 release.

Lost Within are for fans of Killswitch Engage, All That Remains.

Having played various brands of superstrats over the last 18 years, Solar Guitars are what I expect form a great guitar. Stunning craftmanship, low action, smooth tones, well balanced construction and reliability. I am honoured to be a part of the Solar Guitar family.