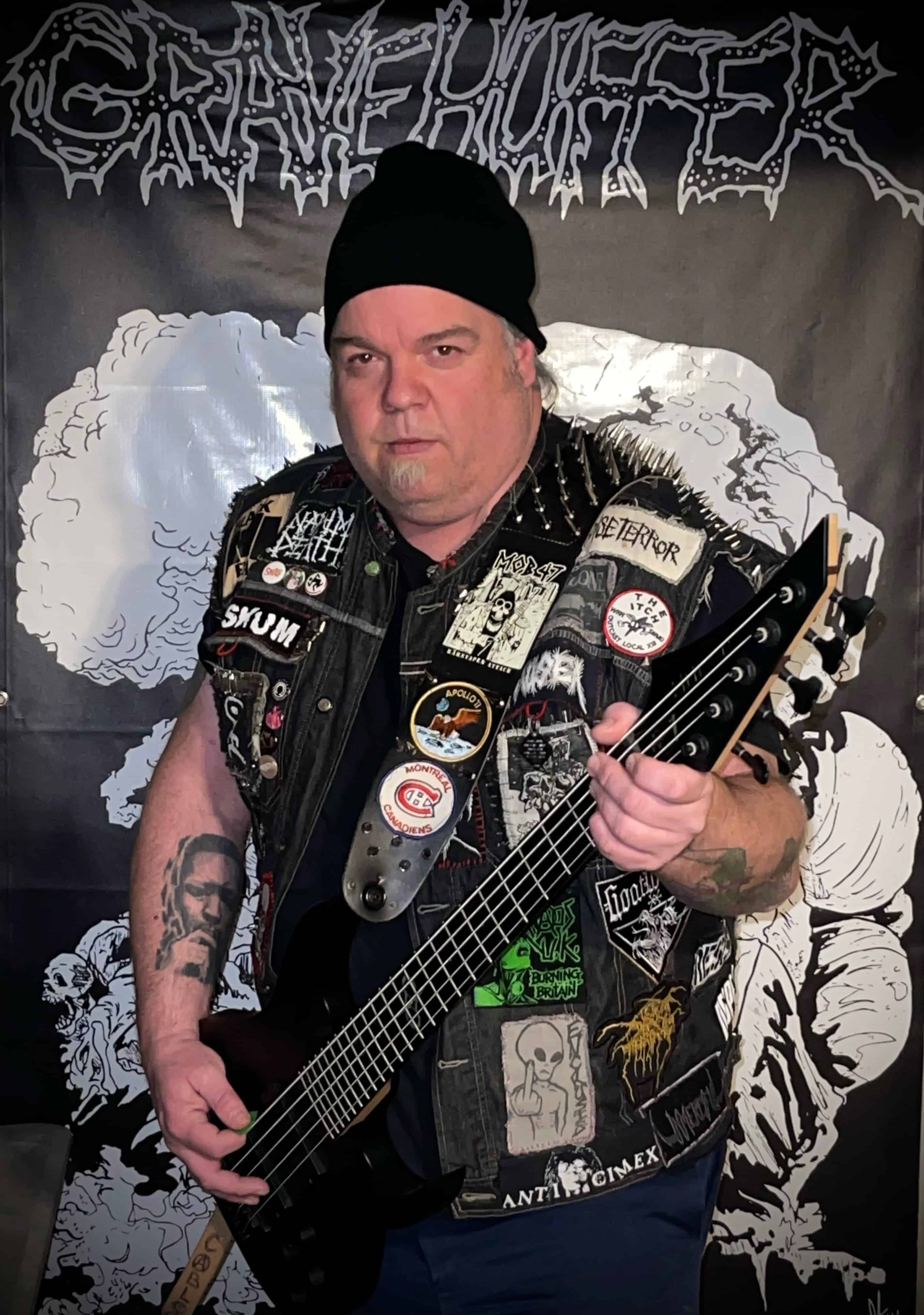 Bio Born in Midwest City Oklahoma, moved a few times as a kid, Tulsa then Joplin Missouri in 1986. Punk rock kid, BMX and Skateboarding was the norm for Mike. He picked up the Bass at 17 and hasn’t stopped yet at the young age of 51. Hundreds of shows ands thousands of miles under his belt, He is a songwriter, producer, and engineer for his bands as well. Sometimes he sits on stage, which confuses some people, being that the music is so fast. Mike feels like he can close his eyes and tune into the bass vibrations on the stage and just let it all go. he has been called a “Bass Budda” or “Bass Jedi”. Try to catch his band Gravehuffer on tour now. His soundtrack band can be found here https://www.youtube.com/watch?v=tqWG_P0Z3YY

I love this Solar bass. I play it in a Death Metal/Crust band, I also use it in a soundtrack and jazz band. It takes a beating and hasn’t let me down. Great tone options, killer neck and finishing are a few more things I could go on and on about.