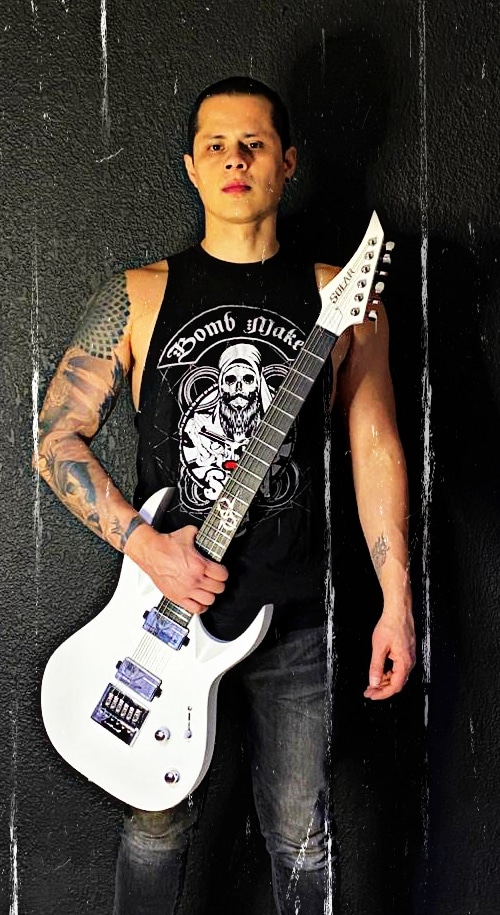 Guillermo García Muñoz, born in Guadalajara, Jalisco, México, self-taught guitar player starting at the age of 14, influenced by Iron Maiden, Metallica, Megadeth, Black Sabbath, Guns n Roses and many more, created many bands to play his favorite music, then he knew Mao Kanto at 15 yo. They started the band “S7N” together.

S7N (pronounced “seven”) is a heavy metal band formed in Mexico City in 2012. Late 2013, they released their debut unsigned album “Fearless” widely accepted and acclaimed by music experts and the general public, same as their second independent album “Deadline” that was released in July 2016. “Insane” is the name of their new single and the preview of their new album for 2021.

S7N is a combination of heavy riffs, intense guitar solos and powerful drums with a unique projection on stage, achieving and immediate connection with the audience….

“If you want something, work for it and take it”