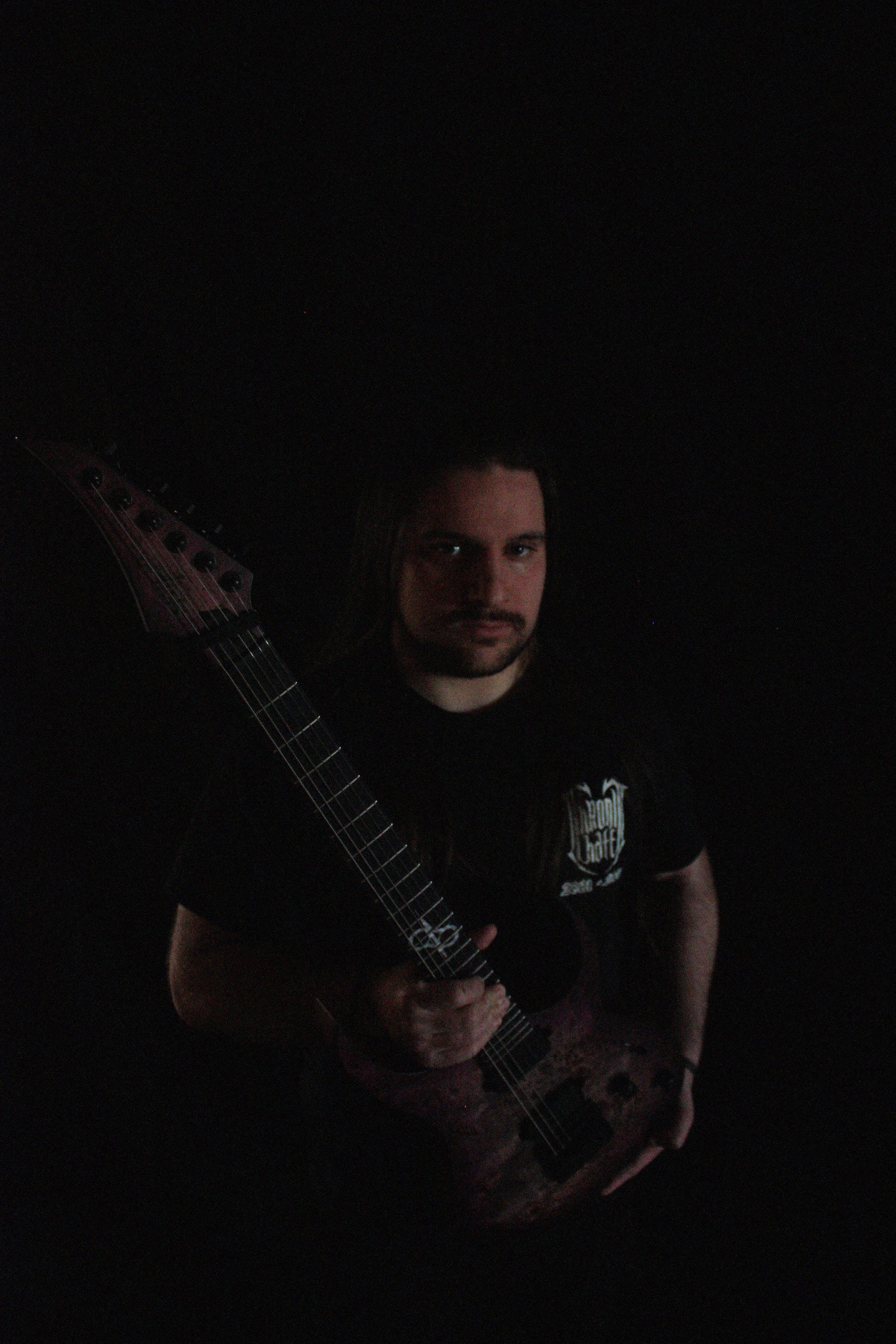 Lead guitar player of the band Chronic Hate, Massimo pick up the art of guitar playing towards his 19th birthday. At first, by himself, Massimo learnt the rudiments of the instrument and later on, with the help and guidance of Marco Cardona (District Sales Manager for Charvel/Jackson and Gretsch), more advanced techniques were acquired. Being part of the death metal/melodic death metal underground scene was always a fixed idea so Massimo started to join various bands to make music, most notable of these projects were Creed of Silence, a band that had quiet a few live show and released self produced and self recorded music only on soundcloud. Massimo joined Chronic Hate only around 2015 and since then is working full time with the other bandmates with composition and arrangements.