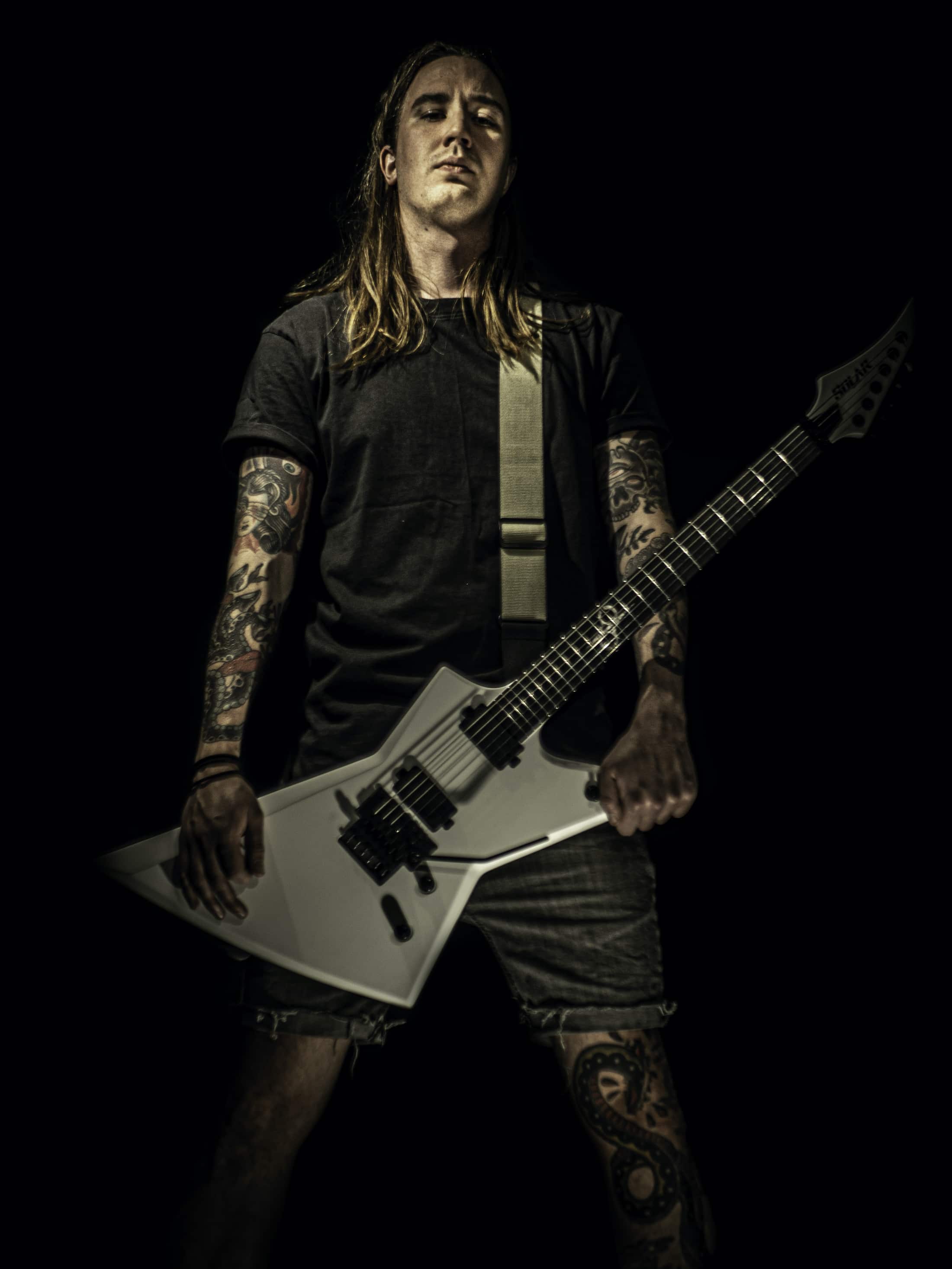 Markus wikander is The frontman and rhythm guitarist of Leach.

Originating from Borås/Gothenburg, Sweden. LEACH started out 2003 as a project at their local youth center. The initial couple of years were mainly spent releasing some demos. 2012 they released their first full length in “Blindfold”, followed by the 2014 EP “Above All”. 2018 They released their latest, critically acclaimed effort “Hymns for the Hollow”.

LEACH is a nice fit for fans of Thrash, Crossover, Hardcore and describes their music as ”Thrash’n’Roll”.

They’ve stated influences such as Swedish acts The Haunted, Entombed and Raised Fist. Blended with a big dose of American metal and hardcore acts such as Exodus, Nuclear Assault, Hatebreed and Agnostic Front.

This is a ”no bullshit” guitar built for the stage. Well acclaimed hardware and craftsmanship with straight out of the box playability. Love the fact that it’s super well balanced and the heavy weight makes you able to bash it out live without ever wondering if it will hold. Stoked to be part of the Solar family.