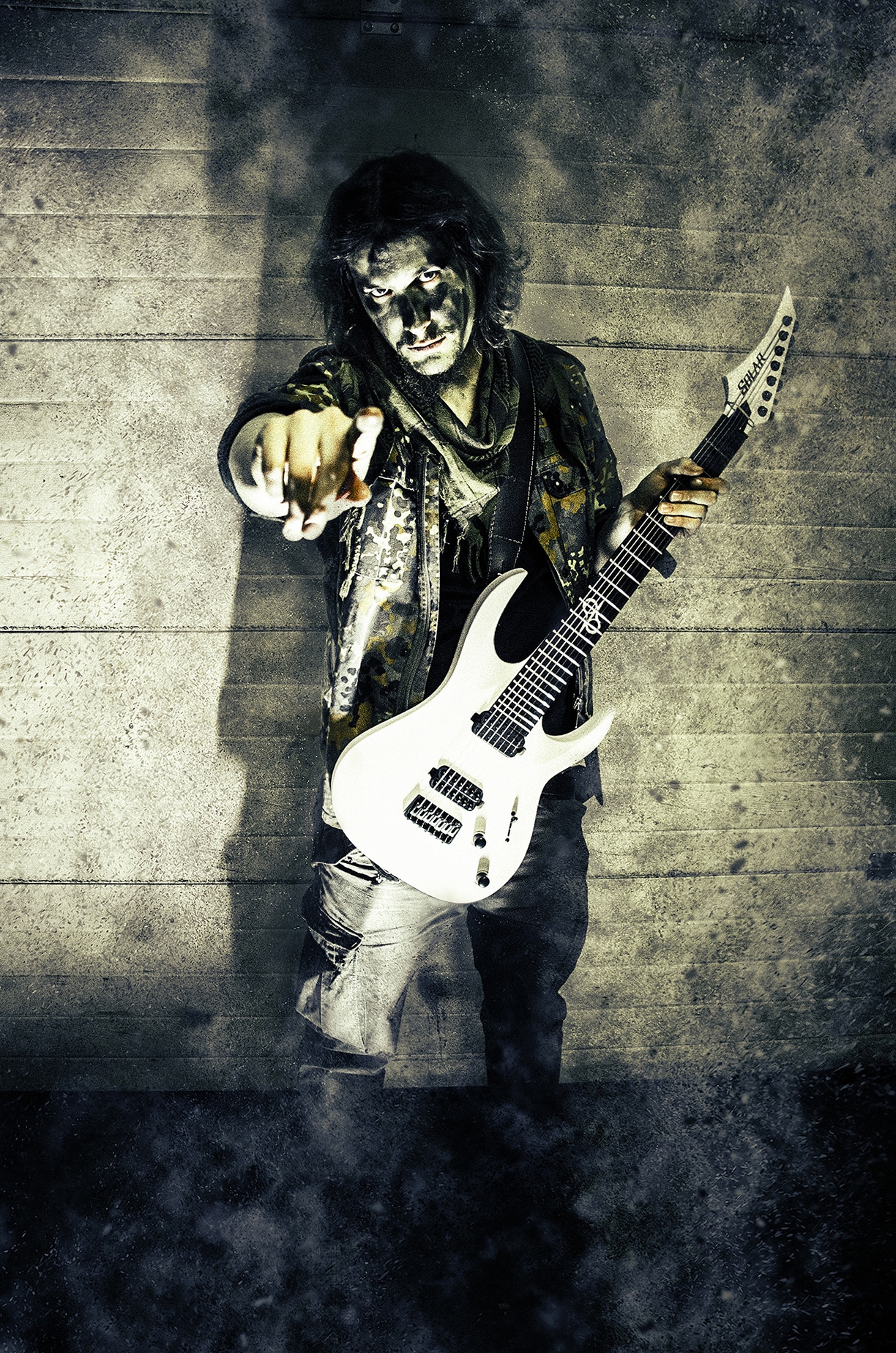 Marko Mäkinen is a guitarist, bassist and vocalist from Valkeakoski, Finland. Marko has been playing bass circa 2003 and guitar actively since 2014. He’s a passionate guitar gear enthusiast and an amateur luthier. Marko’s been a Solar player since the first batch from the end of 2017.

“Rippikoulu” (guitar) is a death/doom unit founded in 1990. Being the first Finnish-sung death metal act the release of “Musta Seremonia” in 1993 (re-released 2010) has slowly gathered the band cult following. Since reactivation and release of “Ulvaja” EP in 2014 the band has toured Europe and United States and is planning to return to it as soon as the situation allows.

“Deathing” (vocals & guitar) released debut EP “All Hail The Decay” through Inverse Records in May 2020 with also positive feedback. Work is well underway with second EP with planned release sometime in 2022.

I was searching for a perfect guitar for years until Solar Guitars came along. Awesome shapes combined with perfect features and playability. They have since been my main gig and recording tools!